Cities Where Seniors Are Increasingly Staying in the Workforce – 2020 Edition 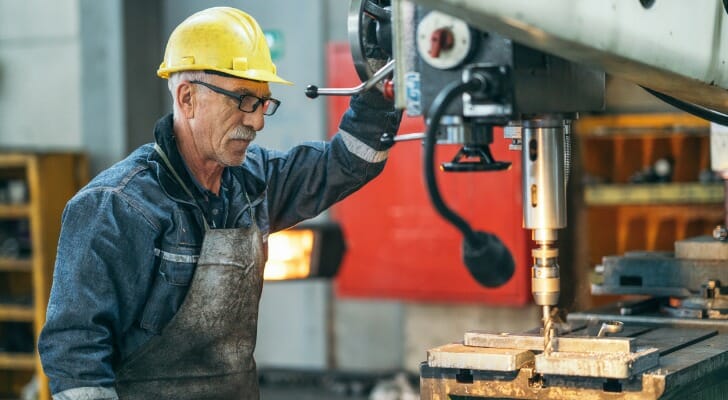 Having sufficient savings is imperative as a person enters retirement and leaves the workforce behind. But several factors – including a delayed start to saving, the increasing cost of living, a decrease in the number of people with traditional pensions and now the economic downturn precipitated by the coronavirus pandemic – may make seniors consider returning to the workforce in order to supplement whatever retirement income they might already have. Will they be joining plenty of peers in their area who are working in old age as part of their financial plan? SmartAsset analyzed the data to find where seniors are increasingly staying in the workforce the most.

To find the cities where seniors are staying in the workforce more, we looked at the increase in senior labor force participation rate during both the five-year period from 2014 through 2018 and the one-year period between 2017 and 2018. For details on our data sources and how we put the information together to create our final rankings, check out the Data and Methodology section below. 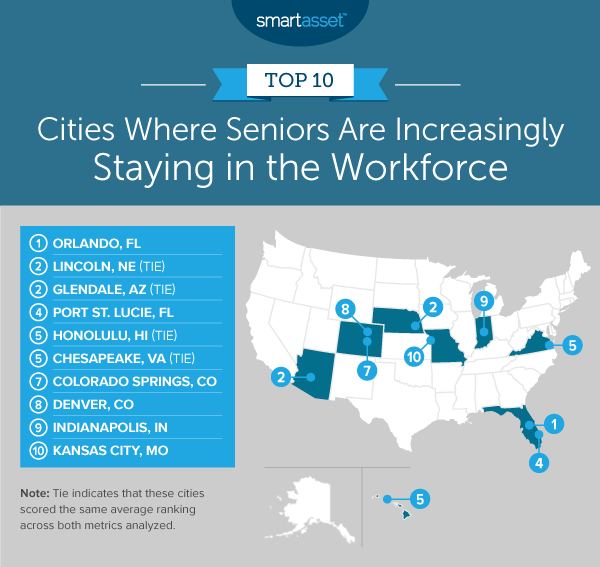 In 2014, the senior labor force participation rate in Orlando, Florida was 18%. By 2017, it had decreased to about 16%, but by 2018 it increased up to almost 25%, reflecting a five-year increase of almost seven percentage points and a one-year increase of almost nine percentage points, the second-highest and highest increases in the study, respectively.

Lincoln, Nebraska ties with Glendale, Arizona for the No. 2 spot. The city had a 20.9% senior labor force participation rate, which dropped slightly to 20.5% in 2017. By 2018, however, it was 24.9%. This five-year increase of 4.0 percentage points is seventh-highest in our study, while the one-year increase of 4.4% is fourth-highest.

Honolulu, Hawaii ties with Chesapeake, Virginia for the No. 5 spot in our study. Honolulu’s 2014 senior labor force participation rate was 19.2%. In 2017 it was 20.9%, and in 2018, it was 23.5%. That means the city’s five-year increase in this rate was 4.3%, the sixth-highest figure for this metric across all 100 cities in the study. Furthermore, Honolulu’s one-year (2017 to 2018) increase in its senior labor force participation rate was 2.6%, the 17th-highest figure for this metric across the 100 cities in the U.S. with the highest senior populations.

Chesapeake, Virginia ties with Honolulu, Hawaii for fifth place. The senior labor force participation rate for seniors in Chesapeake was 21.1% in 2018. That rate is up from 18.4% in 2017, resulting in a one-year jump of 2.6%, the 15th-highest rate for this metric in the study. The long-term change is higher. In 2014 the senior labor force participation rate in Chesapeake was 17.1%, making the five-year increase eighth-highest, at 3.9%.

In the five-year period from 2014 through 2018, the labor force participation rate for seniors in Kansas City, Missouri increased by 3.8 percentage points, from 17.6% to 21.4%, the 11th-highest rate for this metric across all 100 cities in our study. In 2017, the participation rate was 18.9%, making the one-year increase 2.5 percentage points, 18th-highest in the study. 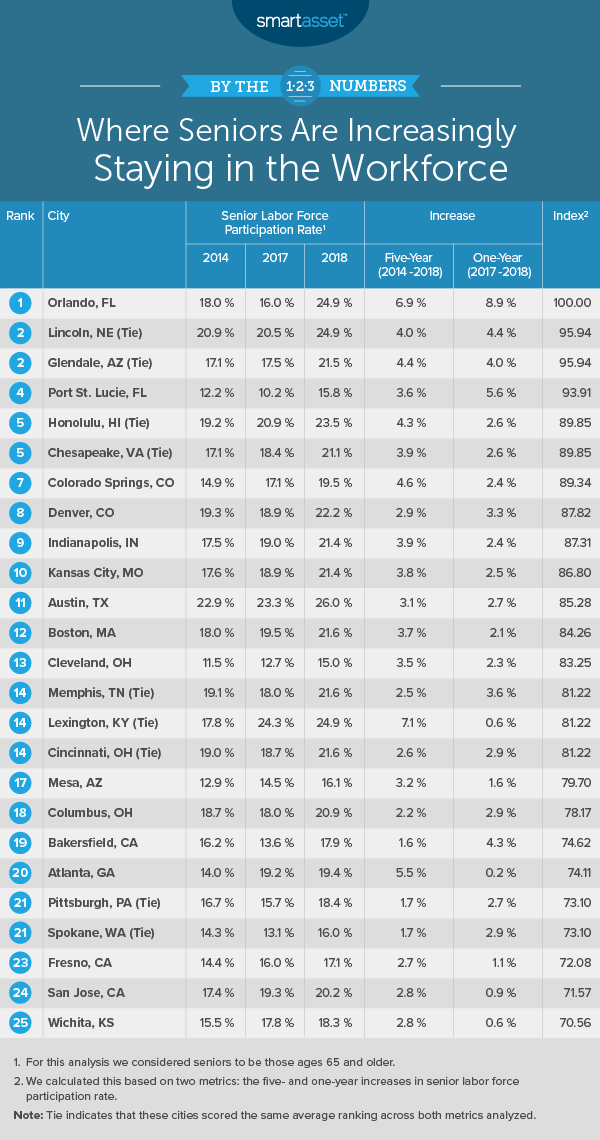 To find the cities where seniors are increasingly staying in the workforce, we analyzed data on the 100 U.S. cities with the largest senior populations across the following metrics: