A Guide to the Federal Estate Tax for 2022 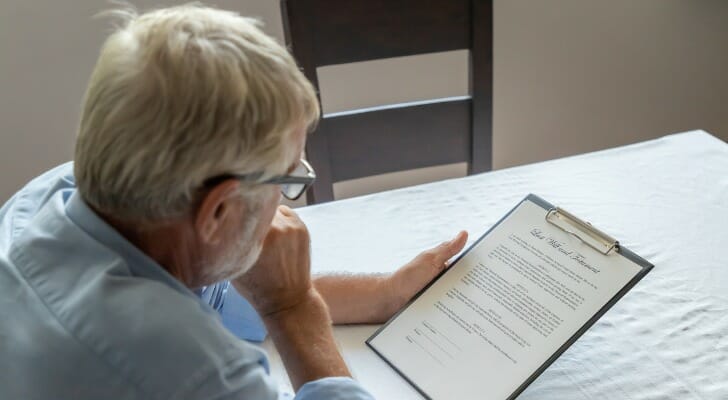 An estate tax is most notably levied at the federal level, and it’s charged to a decedent’s estate when their assets pass on to their beneficiaries. Currently, most estates won’t trigger the federal estate tax, as it only applies to estates worth more than $11.7 million for 2021. Because this tax can have a significant effect on your beneficiaries, it’s best to plan ahead for it in your estate plan. Many people work with a financial advisor to maximize an estate plan for their loved ones. Let’s take a look at how the estate tax could affect you and your beneficiaries.

The subject of taxes due at death has gained attention because President Biden proposed in April 2021 eliminating the so-called step-up in basis for gains above $1 million, or $2 million per couple, and making sure the gains are taxed if the property is not donated to charity. That could have potentially hit millions of middle-class Americans, including elderly who own family farms or who have paid off the mortgages on their residences and still live in those homes. However, the proposal was nixed from Biden’s tax plan.

What Is the Federal Estate Tax?

The estate tax is levied by the government on estates when you die and pass on your assets to heirs. If your estate has a high enough value after you pass away, then you’ll have to pay estate taxes on anything you’re looking to bequeath. This could include cash, real estate, retirement accounts or a range of other assets.

Which States Levy an Estate Tax?

If you die in certain parts of the country, your estate may also be subject to a state estate tax. As of 2022, Washington, Oregon, Minnesota, Illinois, Maryland, Vermont, Connecticut, New York, Rhode Island, Massachusetts, Maine, Hawaii and Washington, D.C. all levy state estate taxes. That means that the estates of people who live in these states may face estate taxes at both the federal and state levels.

The aforementioned states’ estate tax thresholds range from $1 million in Oregon and Massachusetts to $7.1 million in Connecticut. Rates also vary, so be sure to check your state’s website to see what you’ll pay. 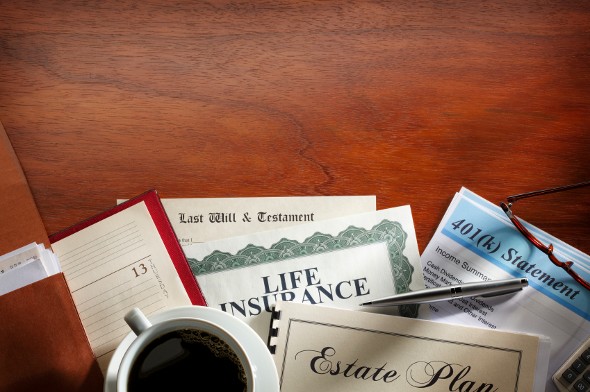 Since 2013, the IRS estate tax exemption indexes for inflation. It took a big jump because of the new tax plan that President Trump signed in December 2017.

If you’re in charge of paying estate taxes for a deceased loved one, you might want to enlist a tax accountant and an estate lawyer to help you shoulder that burden. In addition to estate taxes, you may need to file separate income taxes for the deceased if their estate is generating income above IRS limits. To file a US estate tax return, you’ll need a tax ID number for the estate. An estate’s tax ID number is called an “employer identification number” or EIN. You can apply for a number online, by mail or by fax.

If you want to limit your exposure to the estate tax you might want to start giving some money away. You can make a charitable donation (and deduct it at tax time) or give to the heirs whose inheritance would otherwise take a hit from estate taxes. If you give up to $16,000 a year you can whittle away at your estate. This is known as the annual gift tax exclusion. Each single filer or member of a married couple can give up to $16,000 in 2022 – and not just to one person each. That limit, which rose from $15,000 in 2021, applies to as many people as you want. If you give more than $16,000 to any one beneficiary you will have to pay the federal gift tax rate, which is the same as the estate tax rate – 40%.

What Is the Estate Tax Deduction?

The estate tax deduction is the IRS’ way of preventing double taxation. Sometimes, the estate of a deceased will still generate income. This could be for a property sale that hasn’t gone through by the time the owner dies. That kind of income is known as Income in Respect of Decedent (IRD).

The History of the Estate Tax 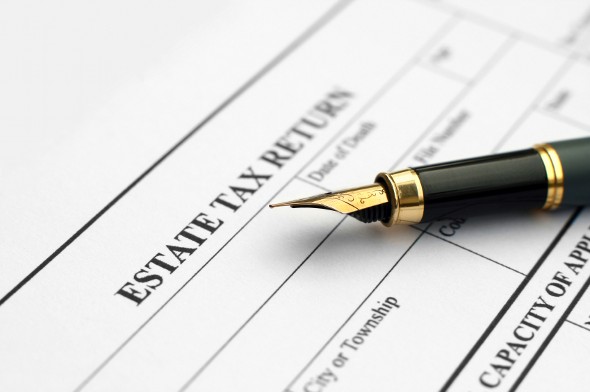 Estate taxes in the U.S. are tied to the history of war. The first tax resembling an estate tax was levied in the 1790s to help raise funds for fighting an undeclared naval war with the new French Republic. Rather than taxing an estate’s assets directly, it was a tax on wills and probate forms. This tax was only temporary, though.

In the 1860s, the Civil War prompted a new estate tax, again to raise money for the war effort. The tax eventually lapsed again, though it was officially revived in the 1890s. The goals of this estate tax were to tax some of the money being made by wealthy industrialists who were getting off easy under the old tax system and to raise money for the Spanish-American War.

What we now think of as federal estate taxes became law in 1916. Again, World War I created an urgent need for more government revenue. Since then, estate taxes have been a source of political controversy. This is despite the small percentage of households affected by what opponents of estate taxes call “death taxes.”

Estate taxes are taxes on the privilege of transferring property to your heirs. It’s the estate of the deceased that is liable for the tax.

Spouses are exempt from paying the inheritance tax in all six of these states, and some states extend that exemption, at least partially, to all immediate relatives.

The vast majority of Americans won’t die with estates large enough to trigger the estate tax. Part of the reason estate taxes are unpopular, though, is because it taxes your estate after you’re already gone. Many in the federal government believe in it though, as it has the ability to garner significant funds for the country.