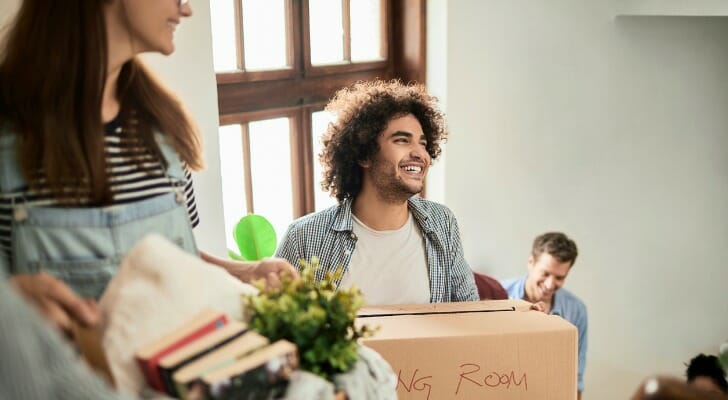 The Department of Housing and Urban Development defines those who pay more than 30% of their income on rent as housing cost-burdened. Generally known as the 30% rule, this HUD guideline has long been a rule of thumb for household budgeting. As rising rents continue to outpace increases in median incomes in most cities, having a roommate can be a great way to decrease the amount of  income you spend on rent, and in turn boost your savings. Sharing your home with a roommate is often less expensive than living alone as the cost split between two individuals for a two-bedroom apartment is generally less than the cost of a one-bedroom apartment.

In this study, SmartAsset looked at the cities where living with a roommate translates to the greatest savings. We examined the average rent for a one-bedroom apartment and compared it to the average rent for a two-bedroom apartment for 50 U.S. cities. We then measured the cost difference between renting a one-bedroom alone and renting a two-bedroom with a roommate. For details on our data sources and how we put all the information together to create our final rankings, check out our Data and Methodology section below.

This is SmartAsset’s fifth annual study on how much a roommate saves you. Read the 2018 version here. 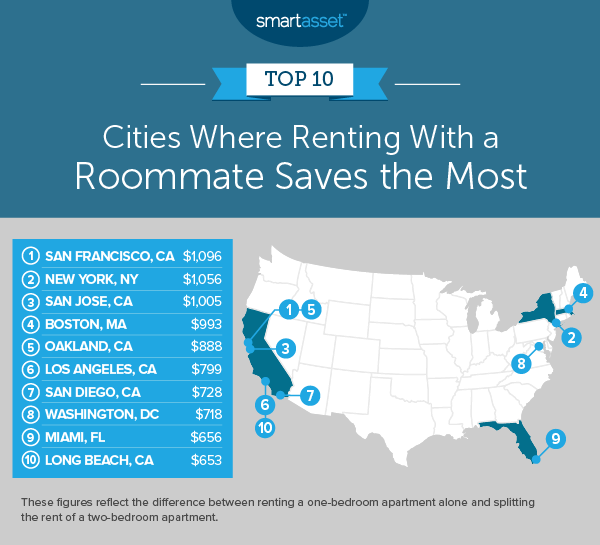 The most populous city in the U.S., New York, New York, follows San Francisco as the second city where a roommate saves you the most. Roommates save on average $1,056 per month each, or about $12,600 per year each. This means that together two roommates have a combined savings of more than $25,000 annually. Given the sheer number of people, finding a roommate in New York should not be difficult. Take a look at our top roommate finders if you need some help.

There are other options besides sharing housing for single-occupant households in Oakland, however, as it is one of the top 10 cities where singles are actually choosing to buy over rent.

Even though residents of San Diego, California have to put a lot of work into paying rent, they do encounter much lower rent prices than Oakland and Los Angeles. The average one-bedroom apartment in San Diego, California is less than $2,000 a month, and the average two-bedroom apartment is less than $2,400 a month. Some residents may forego sharing an apartment because of the relatively low rent prices as compared to other cities in California, but roommates still save about $728 per month, or $8,742 annually, compared to residents living alone.

Average rent prices in Washington, D.C., which ranks eighth, are higher than those in San Diego, though roommates save slightly less. In Washington, the average one-bedroom apartment is $2,101 per month and the average two-bedroom apartment is $2,766. This translates to an average savings of $718 per month. In annual terms, two roommates in the District of Columbia who are sharing an apartment save more than $8,600.

In order to find the cities where a roommate saves you the most, we looked at data on the 50 largest U.S. cities. We compared them across the following two metrics: