Cities Where People Are Spending the Most on Housing – 2019 Edition 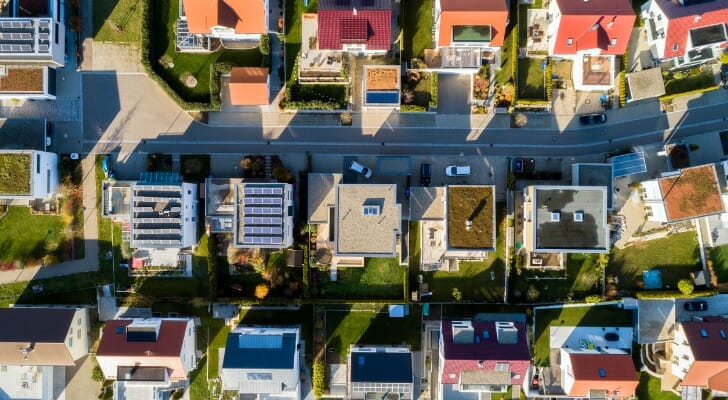 Besides the responsibilities of securing and maintaining a functioning property, homeowners need to be aware of another tremendous burden of homeownership: costs. Whether it’s tackling mortgage payments and property taxes or handling interest and insurance, the weight of these housing expenses never really lessens. That’s why it’s important to understand how much you might be spending on housing relative to other locations around the country, and then use that information as a starting point to maximize your budget.

Below, SmartAsset looked at the places in the U.S. where people are spending the most on housing. We considered only median monthly housing costs (including mortgage payments and property taxes) that homeowners incurred. For details on our data sources and rankings, see the Data and Methodology section below. 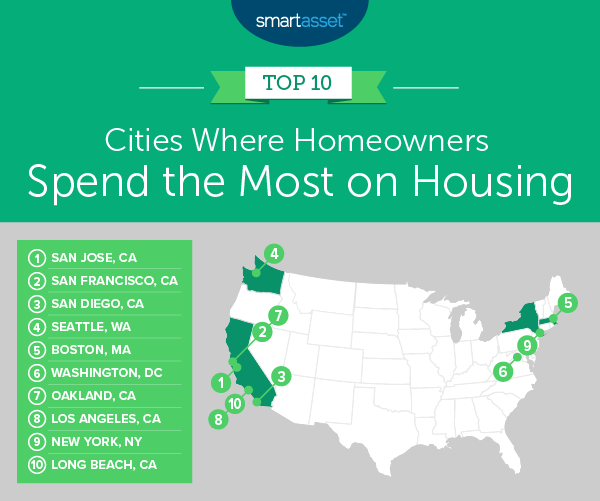 The top of this list is San Jose, California, right in the heart of Silicon Valley. All that tech money in the area is one factor that has contributed to high housing costs. Average monthly housing costs for homeowners in San Jose total $2,257.

Another Bay Area city takes the No. 2 spot in our study. Homeowners in San Francisco, California pay an average of $1,991 in monthly housing costs. In areas with high incomes and expensive housing, it’s always important to evaluate your finances and determine just how much house you can afford.

We take a trip down the Pacific Coast Highway to the third city on our list. Homeowners in San Diego, California spend an average of $1,756 per month on housing costs, the third-highest amount in our study.

Boston, Massachusetts is the first East Coast city on this list. The average monthly cost of owning a home here is $1,654, which includes property taxes and mortgage payments.

We’re sticking to the East Coast as we move to the sixth-highest ranking city in our study, Washington, D.C. Average monthly housing costs for homeowners in our nation’s capital total $1,641. Of course, housing costs are only a portion of your total expenses. It’s always helpful to use a cost-of-living calculator to have a better sense of your budget.

Want to live in or near Hollywood? It’s going to cost you. The average homeowner in Los Angeles, California spends $1,548 per month on housing costs, including property taxes and mortgage. This is the eighth-highest amount in our study. In order to afford your housing costs and sock away money for retirement, you’re likely going to want to enlist the help of a fiduciary financial advisor to plan your future.

Average monthly costs for homeowners in New York, New York total $1,435 per month. This is approximately 36% less than the highest amount in our study, which is $2,257 in San Jose, California.

Rounding out our list of top 10 cities where people are spending the most on housing is Long Beach, California. Trailing behind New York City’s total by just $4, average monthly housing costs here are $1,431.

In order to find the places where people spend the most on housing, we looked data for the 50 largest U.S. cities. Specifically, we examined the following metric: