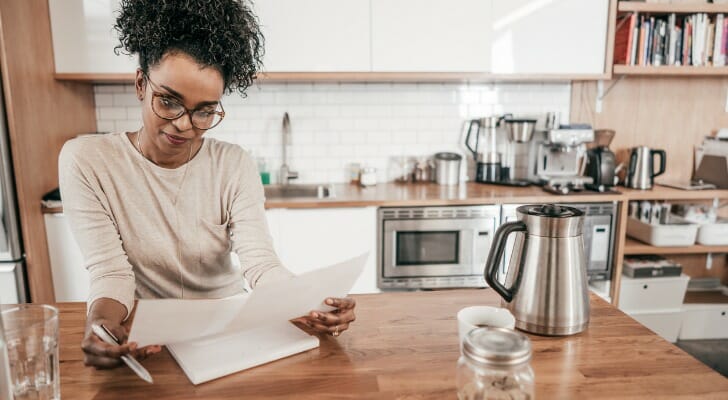 Rising rents present a major challenge for non-homeowning city dwellers nationwide. Since 1983, the cost of housing for urban renters has risen more than 324%, according to the Bureau of Labor Statistics’ Consumer Price Index. In the meantime, average workers in the largest cities have struggled to keep up as they fill their savings accounts with their earnings, only to see that money go to their landlords. Below, we track this phenomenon by measuring the hours of work needed to pay rent in the largest 25 cities.

In order to rank the places where it takes the most hours of work to pay for rent, we examined three factors. Specifically, we looked at median after-tax earnings, average annual hours worked and median monthly rent. Check out our data and methodology below to see where we got our numbers and how we put them together to create our final rankings. 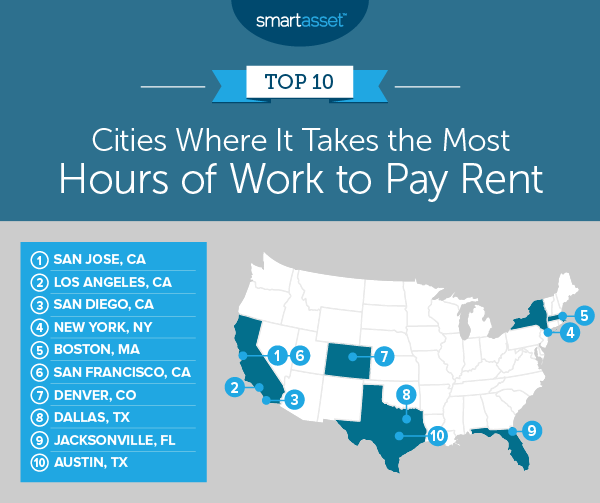 On average, workers in New York can expect to pay about 40% of their income on rent. Residents here pay $1,379 per month in rent and earn $17.65 per hour on average. But there’s good news for New York workers: The total time they need to work a month to pay rent is down about an hour from last year.

To afford the average rental in Jacksonville, residents would need to work just under 66 hours on average. Like in Dallas, the main culprit requiring more hours of work to pay rent is not the price of rent but rather the low pay. The average worker here earns $15.05 per hour. 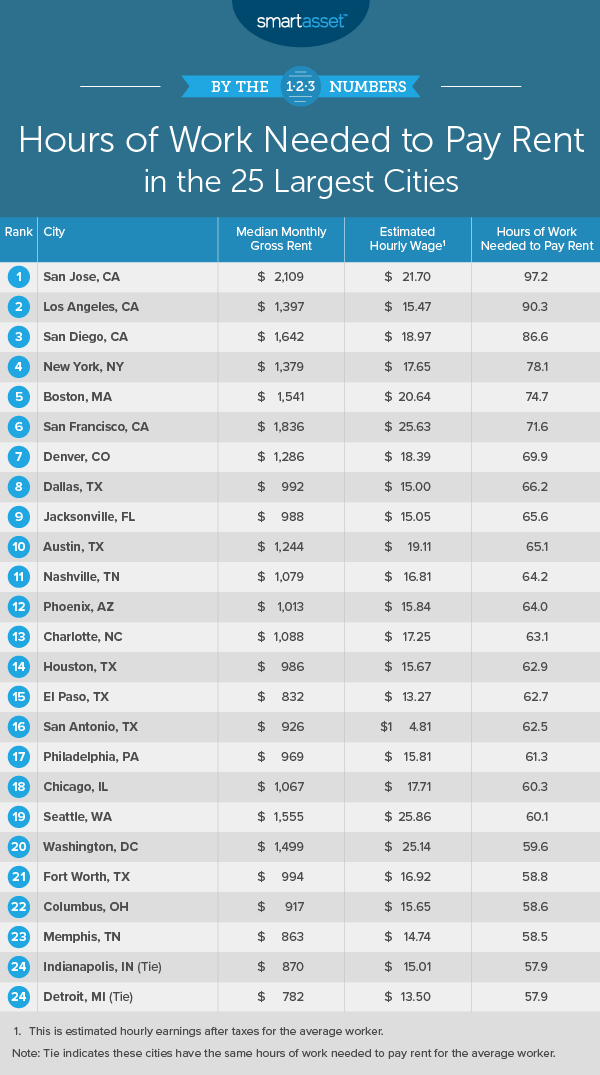 In order to find out how many hours of work are needed to pay rent in the country’s 25 largest cities, we looked at data on the following three metrics: