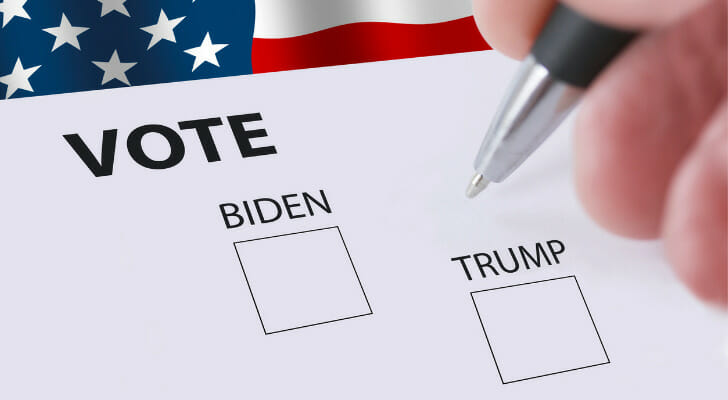 President Trump’s 2017 Tax Cuts and Jobs Act made big changes to the tax code, specifically in deductions and tax brackets. President Biden has sense become President and tried to reverse different aspects of the 2017 tax overhaul, calling for higher taxes on capital gains and high net worth individuals. Let’s break down the differences between both tax philosphies and plans below. Regardless of the current political situation, it’s important to be prepared with proper tax planning. A financial advisor can help you keep up with tax code changes and optimize a tax strategy for your financial needs and goals.

One of the major victories for the Trump administration over the past four years is the tax plan that passed Congress and was signed by the President in 2017. This was a major overhaul of the tax system and established the following tax brackets:

This plan was actually not as radical as the plan the Republicans originally proposed, which would have reduced the total number of brackets to just four. And, of course, it isn’t the flat tax that many tax hawks dream of. Still, it was generally seen as a win for high-income earners, who saw their tax rate lowered.

Biden’s proposed tax plan in 2020 called for the highest tax brackets rate to be restored to 39.6%, where it stood before the 2017 bill. Biden has said he will not raise taxes on anyone earning less than $400,000, so the other bracket rates seem unlikely to be touched by his administration. 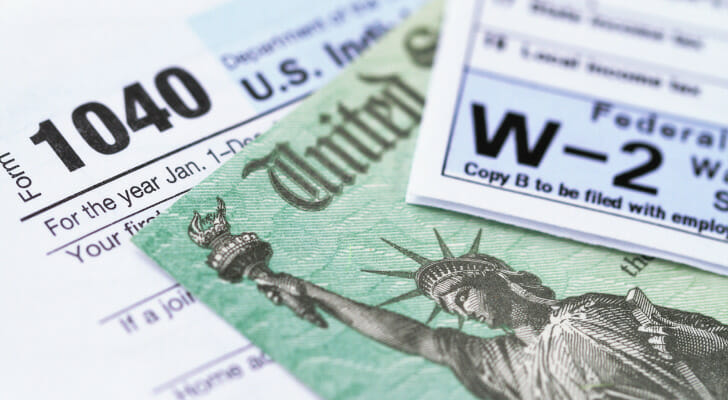 This is another area where Biden has aimed to reverse changes the Trump administration (along with Republicans in Congress) made through the 2017 Tax Cuts and Jobs Act. That law lowered the corporate income tax rate from 35% to 21%.

Biden called for the corporate income tax rate to be raised — though not to the level it was before 2017. Instead, he wanted to settle in the middle with a new corporate tax rate of 28%. Biden had two other major points in terms of corporate tax policies: he wanted to establish a minimum 15% tax for corporations, meaning that regardless of any tax breaks or other loopholes, every corporation pays at least 15% income tax on all revenue reported to investors. Biden also planned to tax foreign profits of American corporations at 21%, while Trump’s bill placed this rate at 10.5%.

Deductions are used on a person’s tax return to lower the income they have to pay federal income tax on. In Trump’s 2017 bill, the standard deduction for a single filer was increased from $6,350 to $12,200.

Biden, meanwhile, focused on those taxpayers who choose to itemize their deductions — which generally, means the wealthy. He plans to cap the benefit of an itemized deduction to 28% of the value, which will limit the ability of wealthy people and families to cut their tax liability through things like charitable contributions.

Capital gains refers to money investors make they sell an asset — for instance, a stock or bond — for more than they bought it for. Currently, these gains are taxed at a rate of up to 20%. Trump had proposed the idea of lowering this as part of a plan that he said would lower overall middle class tax burdens.

For those who earn a lot of money through all streams each year, this could be a big change if it is ever implemented. For instance, if a taxpayer’s income is in the top tax bracket already, any additional money earned through capital gains would now be taxed at 39.6% under Biden’s plan, instead of at 20% under Trump’s tax act. 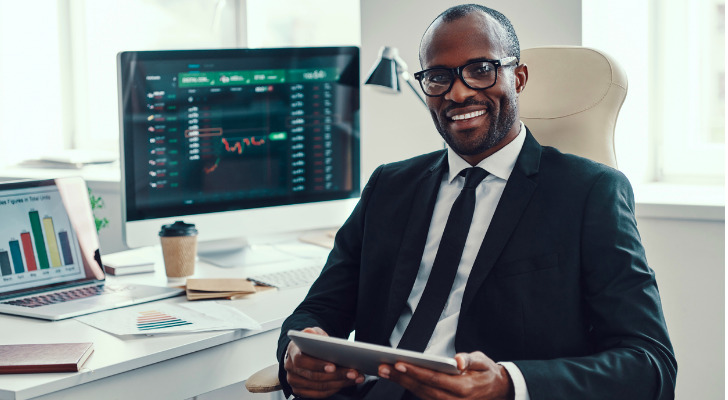 A financial transaction tax is a levy for making certain transactions on financial markets. It would raise more money from investors who move currency as a way to increase wealth.

Trade may not impact individual consumers as directly as tax rates and deductions, but the nation’s trade policies ultimately impact everyone. This is something that the two main political parties in America have greatly disagreed on over time.

Trade is one of the areas of public policy where the Trump administration did the most in its four years in office. Trump dropped out of the Trans Pacific Partnership (TPP), renegotiated the North American Free Trade Agreement (NAFTA) (renaming it the United States-Mexico-Canada Agreement) and engaged in what many call a “trade war” with China. Trade is complicated, but generally speaking, Trump has vied to orchestrate trade deals that he determines are best for American companies and workers and forgoing a more cooperative approach.

Biden, on the other hand, wanted to work with American allies to combat the rise of China as an economic superpower rather than attempt to do it alone as Trump had done. Biden has said he would renegotiate the TPP, potentially clearing the way for the U.S. to back into the pact. That, of course, might upset some of the economic populists who are already wary of the President.

The world political climate has changed pretty dramatically over the past two years so it is anyone’s guess where each will stand as we get closer to 2024.

Though it’s hard to look ahead and accurately predict exactly who will win and lose economically in a potential presidential administration, the policies laid out above do give us the ability to make some generalizations about who could do better under each president. Trump proposed tax cuts for both corporations and individuals. The Biden administration, however, will likely raise taxes for corporations and the wealthy.

Furthermore, Trump did not raise revenue, making any expansion of social programs unlikely. Biden, meanwhile, planned to raise revenue that could potentially be used to expand the number of social programs, including the possible expansion of healthcare through a public option as part of the Affordable Care Act. This is part of a compromise position that could avoid creating a single-payer healthcare system.

While the expansion hasn’t happened yet, the healthcare created by the ACA has been funded for several more years thanks to the Inflation Reduction Act that was passed in 2022.

There were key policy differences between President Trump and President Biden in 2020 when they ran head-to-head and there continue to be similar differences today. Generally, Trump’s approach is more beneficial to corporations and high earners, while Biden has sought to make these entities and people pay a bigger share of their wealth to the government. There are benefits to both approaches but neither seems to solve the tax issues entirely.