Biden Signs $740 Billion Inflation Reduction Act. Here’s What You Could Get 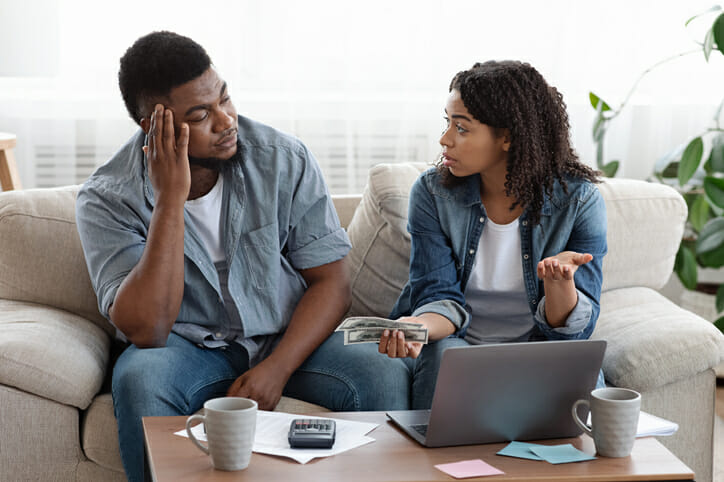 President Joe Biden has signed the Inflation Reduction Act into law. This legislation aims to pay down the national debt, lower energy costs and extend affordable healthcare coverage for millions of Americans. Let’s break down what’s in the act, what you could get, who will pay for it and whether it can reduce inflation.

President Biden signed the Inflation Reduction Act into Law on August 16. This happened four days after House Democrats approved the legislation with a 220 to 207 vote on August 12.

The act is the biggest federal investment against climate change, aiming to cut gas emissions in less than a decade by roughly 40%. This legislation will also make changes in healthcare to lower drug prescriptions, cap out-of-pocket expenses and extend coverage.

Senate Democrats first passed the bill with a tie-breaking vote from Vice President Kamala Harris on August 7. Forty-eight Democrats and two Independents who caucus with the Democrats voted in favor, while all 50 Republicans voted against it.

The act took a major step forward after locking in the support of centrist Senators Joe Manchin (D-WV) and Krysten Sinema (D-AZ), who have held out against the Build Back Better Act because of a price tag that was almost three times the cost of the Inflation Reduction Act.

“Rather than risking more inflation with trillions in new spending, this bill will cut the inflation taxes Americans are paying, lower the cost of health insurance and prescription drugs, and ensure our country invests in the energy security and climate change solutions we need to remain a global superpower,” Manchin said in a press release.

Then, after reaching another agreement with Senator Sinema on August 4, Democrats revised the Inflation Reduction Act to drop a provision that would have raised $14 billion by closing the carried interest loophole.

“We have agreed to remove the carried interest tax provision, protect advanced manufacturing, and boost our clean energy economy in the Senate’s budget reconciliation legislation,” Sinema said in a statement.

The revised bill, however, added a 1% excise tax on stock buybacks, which legislators estimated could raise $74 billion (this is over five times more revenue than the carried interest loophole provision).

“The House today passed the historic Inflation Reduction Act that will lower costs for middle-class families, close tax loopholes for the rich and big corporations, take the most significant action ever to fight the climate crisis, and create good-paying jobs,” Senate Majority Leader Chuck Schumer (D-NY) said after the House approved the bill on August 12.

What Is in the Inflation Reduction Act?

This would be the second part to President Biden’s infrastructure and social spending legislation. Combined with the Bipartisan Infrastructure Law, the total investment would be roughly $1.9 trillion.

The Inflation Reduction Act would also invest $369 billion in energy security and climate change, and another $64 billion to extend the Affordable Care Act. The legislation aims to reduce the deficit by more than $300 billion.

What Could You Get From the Inflation Reduction Act? 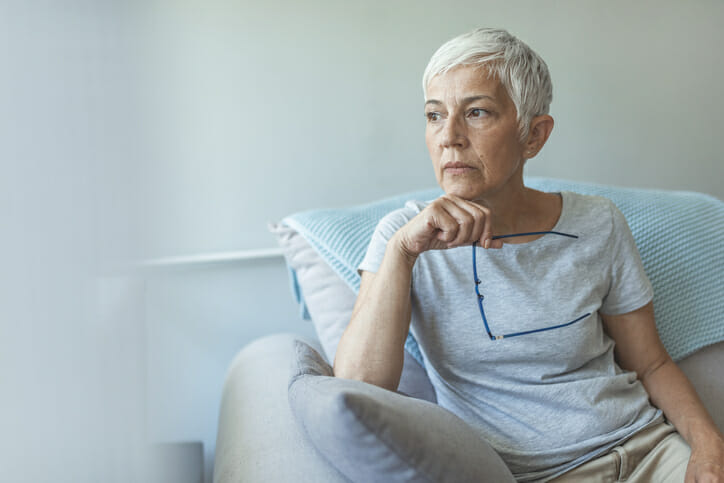 Below is a breakdown of five things you will get from the Inflation Reduction Act. Note that estimates for how many Americans could benefit come from a White House statement on August 15:

How Will the Inflation Reduction Act Get Funded? 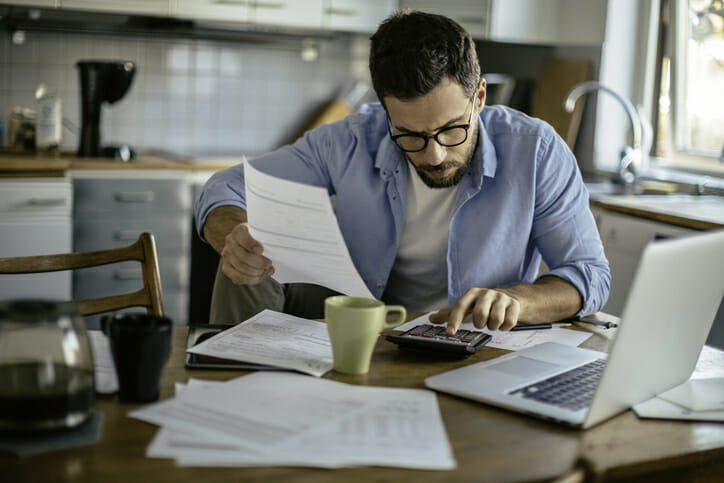 Democrats estimate that they could raise $737 billion from the Inflation Reduction Act. Three provisions including a 15% corporate minimum tax, prescription drug pricing reform and IRS tax enforcement would bring in $611 billion. The revised act also includes an additional stock buyback tax that could raise $74 billion in revenue and an extension of a loss limit deduction that could bring another $52 billion. Together, these would leverage taxes on corporations and the ultra wealthy, save billions in Medicare and enforce the tax code. Though families making under $400,000 would not see any tax hikes and small businesses would also avoid new taxes.

You should note that Democrats dropped another provision that proposed raising $14 billion by closing the carried interest loophole. The current law allows investment funds holding assets for more than three years to benefit from a lower long-term capital gains tax.

For reference, the House Ways and Means Committee presented a similar proposal on September 13, 2021 that would have extended the holding period for long-term capital gains from three to five years. This provision had also been included in the Build Back Better Act. 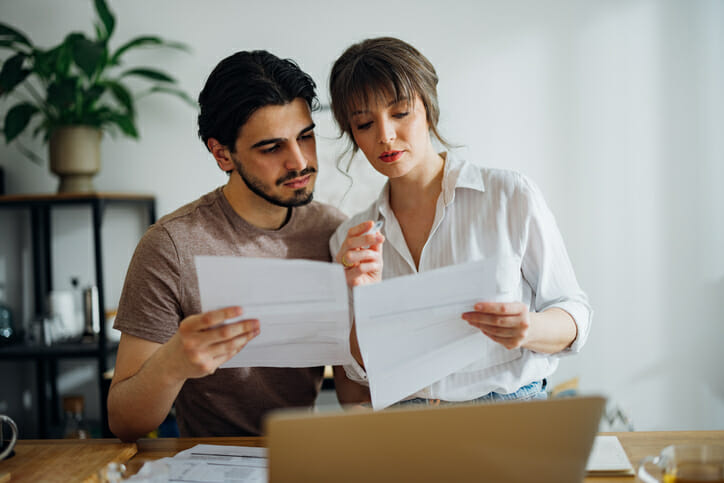 Democrats say that the legislation will bring down inflation, which is currently over 9%. One way it aims to do this is by cutting budget deficits, which will therefore lower demand in the economy. Some economic experts believe that budget deficits can increase inflation rates when the Federal Reserve releases more money into the economy.

One early study from the Penn Wharton Budget Model (PWBM), however, shows “little confidence” that this approach will have any impact on inflation.

While the research-based organization at the University of Pennsylvania says that the Inflation Reduction Act “would reduce cumulative deficits by $248 billion” over a 10-year budget window, it would also “slightly increase inflation until 2024” and then decrease it thereafter.

Moody’s Analytics similarly concurs that the legislation will do very little to lower inflation in the short-term, but it will become “more meaningful later in the decade.”

The credit rating agency says that the act would “modestly reduce inflation over the 10-year budget horizon,” with an average “reduction in CPI inflation of 3.3 basis points” per year.

Democrats also say that the Inflation Reduction Act will focus on increasing supply to help bring down prices. And this would be done by lowering energy costs, subsidizing more clean energy production and reducing carbon emissions.

Moody’s does, however, support that climate change provisions in the act could “become an increasing headwind to inflation later in the decade.” The agency concludes that energy provisions “could reduce the typical American household’s spending on energy by an estimated more than $300 per year in today’s dollars.”

And this could be the biggest deterrent against inflation in the future.

“Lower property and casualty insurance rates for businesses and homeowners and flood insurance for households due to the reduction in emissions and physical risk also lean against inflation,” Moody’s said in its legislation report. 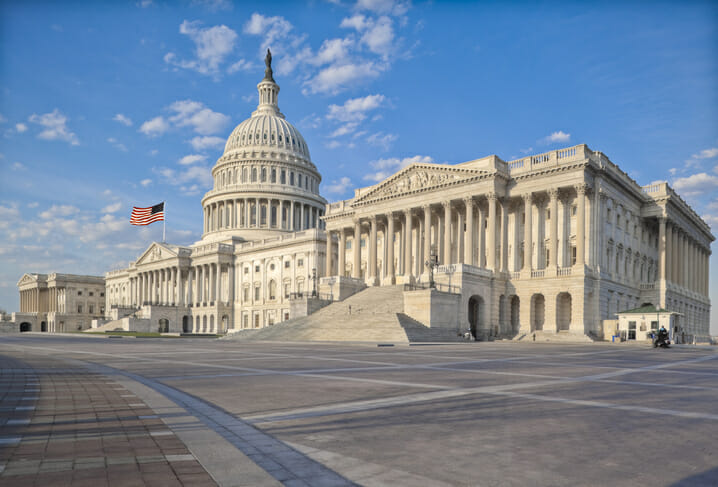 President Biden says that the Inflation Reduction Act will lower healthcare costs for millions of Americans and is “the most important investment that we’ve ever made in our energy security.” The legislation aims to reduce inflation by paying down the national debt, lowering energy costs and extending affordable healthcare coverage. The president signed the $740 billion act into law on August 16.

Arturo Conde, CEPF® Arturo Conde is an editor at SmartAsset and a bilingual freelance journalist. He writes for NBC News and WhoWhatWhy. His articles have been published in Fusion, Univision, City Limits and the NACLA Report on the Americas.
Related Posts
Read next article