Best Places to Retire in Arizona 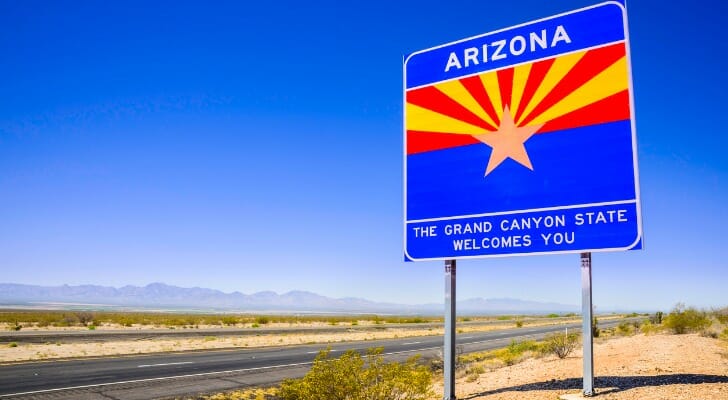 Arizona, the land of cacti and dry heat, is understandably a popular place to retire, especially if you lived in a cold-weather place during your career and you’re eager to escape the snow. Certain cities in The Grand Canyon State, though, are even more appealing to retirees than others. This guide will walk you through the 10 best places to retire in Arizona. Whether you want to retire in Arizona or have another destination in mind, a financial advisor can help you prepare. You can use SmartAsset’s free financial advisor matching service to get paired with advisors in your area or take a look at SmartAsset’s list of the top financial advisor firms in Arizona.

Several factors went into creating our list of the best places to retire in Arizona. One of the most important considerations is tax burden for retirees. Everyone cares about taxes, but it’s an especially important consideration for retirees who are most likely living on a fixed income or budgeting their savings. Healthcare is also key for older people, so we considered the number of medical centers in each city per 1,000 residents. Lifestyle enhancers like recreation centers per 1,000 residents and retirement communities per 1,000 residents were also considered. Finally, we looked at the percentage of seniors in the population. Below are the top 10 places to retire in Arizona.

Sun City West, located northwest of Phoenix, is a retirement community. This leads to it having the highest percentage of seniors on this list, at a whopping 82.20%. The town, which ranks in the top 25 places to retire nationwide, also is tied for the third-lowest tax burden on this list at 16.10%. For some of the other metrics, Sun City West sits towards the middle or bottom of the list. This includes having 2.96 medical centers and 0.49 recreation centers per 1,000 residents. The retirement community offers plenty to do, including golf and lots of different clubs for interests like automobiles and woodworking.

Green Valley is a town in southern Arizona, located less than a hour north of the Mexican border. It has the second-lowest tax burden on this list at 15.90%. Green Valley also ranks in the top 40 places to retire for the entire country. Its fourth on this list in terms of recreation centers, with 1.03 recreation centers per 1,000 residents. It also has the second-highest percentage of seniors, with 75.20% of the population made up of older folks. In addition to being an hour from the southern border, Green Valley is just half an hour from Tucson, a city with many cultural and entertainment options.

Like its sister city Sun City West (ranked No. 1 on this list), Sun City is a planned retirement community located near Phoenix. It is tied for the third-lowest tax burden on this list, with a tax rate of 16.10%. As a retirement-focused community, the metric where Sun City really shines is the percentage of its population that’s seniors. A whopping 74.40% of the population is seniors, which is the third-highest percentage on this list and a guarantee you won’t want for company in Sun City. Residents of the retirement community have access to amenities and activities like golf, bowling and social clubs. 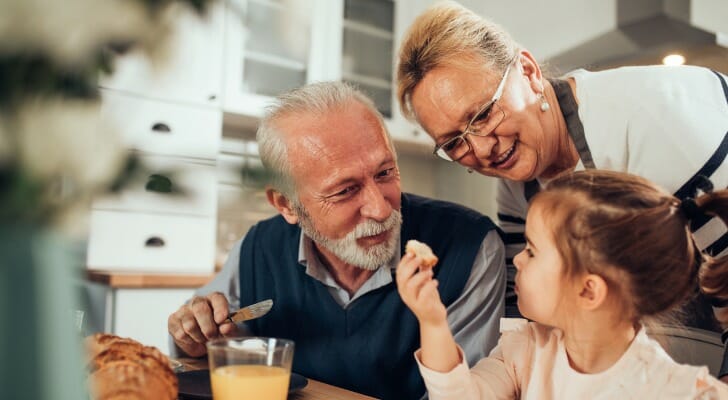 Litchfield Park is another Phoenix-adjacent city. Those looking for a retirement community to live in will have options in Litchfield Park, as it leads this list with 0.76 retirement communities per 1,000 residents. It has a tax burden of 16.10% and the third-highest number of medical centers, with 5.33 per 1,000 residents. In addition to all of the entertainment and cultural options in nearby Phoenix, Litchfield Park has its own attractions, including the Annual Wigwam Festival of Fine Art.

Located in central Arizona, Prescott is close to a lot of Arizona landmarks. It is within driving distance of both the big city of Phoenix and the always-popular-with-visitors Grand Canyon. The city’s tax burden is 17.60%, which places it right in the middle of this list on that metric. Prescott also sits in the middle of this list for its number of medical centers per 1,000 residents at 5.23. The town ranks fifth for its percentage of seniors, with seniors accounting for 34.70% of the town’s total population. If you choose to live in Prescott, you’ll have plenty of outdoor recreation options. The city is located right on the edge of the Prescott National Forest and close to a trio of other national forests.

Cave Creek, located on the edge of the Tonto National Forest, is just north of Phoenix. It has the second-highest total tax burden on this list at 18.40%, which can drive up the overall cost of living. Counteracting that, though, is its second-place ranking on this list in the metric of medical centers, as it has 6.44 medical centers per 1,000 residents. Cave Creek also leads this list with 3.71 recreation centers per 1,000 residents. There are a number of historical buildings and sites in Cave Creek, including the town hall, which is on the National Register of Historic Places.

This is the town for you if you love to golf. There are myriad golf courses and resorts in Paradise Valley, which also makes it a popular place for tourists. The town does have the third-highest tax burden on this list, though, at 18.30%. However, those high taxes may be a worthwhile trade for great options when it comes to medical care. Paradise Valley leads the list in this category with 7.05 medical centers per 1,000 residents. It is also third on the list for recreation centers, with 1.19 recreation centers per 1,000 residents.

Cottonwood is located right in the middle of the Coconino National Forest, so those interested in natural beauty will surely find what they’re looking for here. The town does lead this list in tax burden, though, with a tax rate of 18.80%. It ranks in the middle of this list when it comes to medical centers, with 4.54 per 1,000 residents. It is popular with seniors though. At 38.10%, its percentage of senior residents is the fourth-highest on this list. In addition to its setting in a national forest, Cottonwood is just two hours from Grand Canyon National Park. 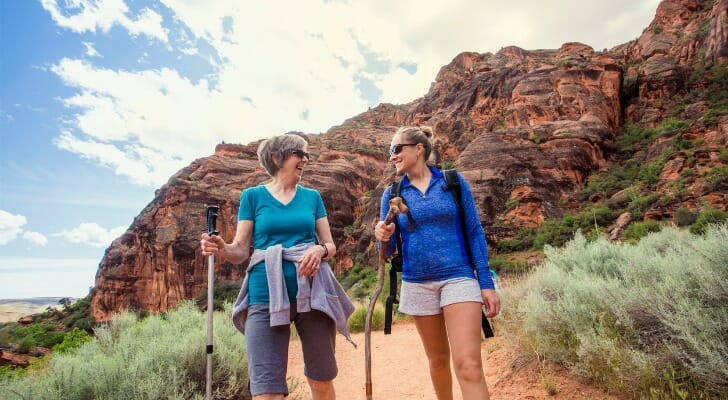 The highest-ranked city on this list that’s located in the northwest corner of Arizona, Golden Valley also boasts the lowest tax burden of any city in the top 10. It has a tax rate of just 15.70%. It ranks at the bottom of our list in several other metrics, though, including having just 0.67 medical centers, 0 recreation centers and 0.11 retirement communities per 1,000 residents. You can use those tax savings, though, and gamble — Las Vegas is just a short two-hour drive away.

The last city on this list is Scottsdale, the Phoenix suburb famed for its nightlife and proximity to Indian casinos. Scottsdale is tied for the fourth-highest taxes on this list with a tax burden of 17.60%. It is also in the middle of the pack for healthcare options, with 4.67 medical centers per 1,000 residents. If you want to live in a community geared more towards family than retirees, Scottsdale may be for you though. It is last on this list for its percentage of seniors, with seniors accounting for just 29.90% of the population.