The Most Undervalued Cities in America – 2018 Edition 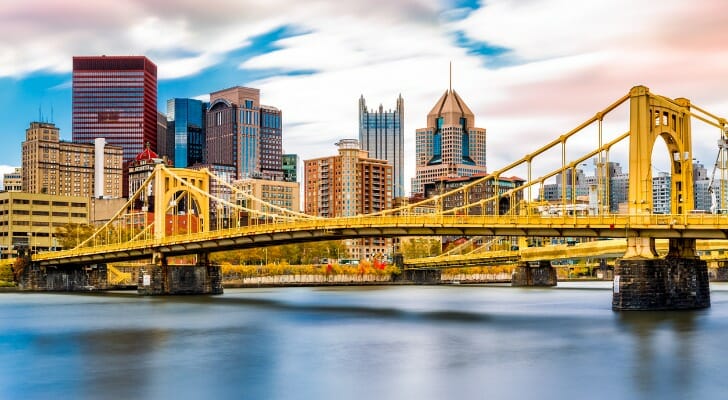 Whether you’re a first-time homebuyer or a grizzled veteran of the home-buying experience, you want to make sure you are taking out a mortgage you can afford. Homes can be good investments and the best home purchasers are those who taken on mortgages they can afford while buying an undervalued home. If you’re not a real estate expert, trying to figure out the true value of a home can be difficult. Below we analyzed data to find the most undervalued cities in the U.S in 2018.

We looked at data for 200 cities across nine metrics. Specifically, we created a model using data on unemployment rates, price per square foot, high school graduation rates, percent of residents with a college degree, crime rate, entertainment establishment density, average days with precipitation, average number of days with bad weather and walk score. Check out our data and methodology below to see where we got our data and how we put it together to create our final rankings.

This is our third annual study on the most undervalued cities in America. Check out the 2017 version here. 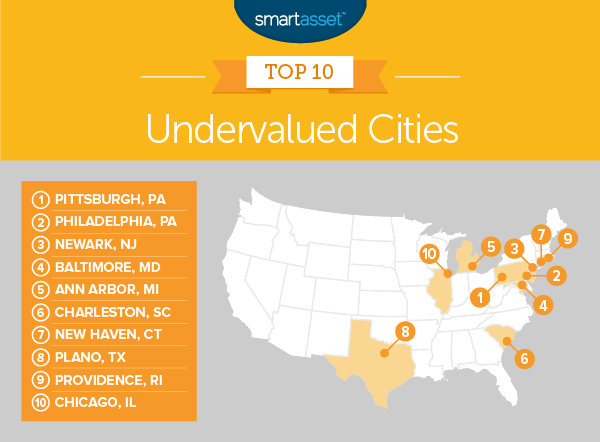 One reason Pittsburgh is valued so highly is its educated population. This city has the 50th-highest high school graduation rate and the 35th-highest percentage of residents with a bachelor’s degree out of the 200 cities in the study. Overall our model suggests that living in Pittsburgh yields an estimated $175 per square foot in surplus value.

Philadelphia is another undervalued Pennsylvania city. Our model loves walkable cities and there are few cities in America more walkable than Philadelphia. It scores a 79 for walkability, sixth-most in the study.

Philly is also a fun place to live. Our data shows that nearly 14% of establishments in Philadelphia are of the entertainment or dining variety, which is a top 10 rate. In total we estimate that Philadelphia is undervalued by nearly $161 per square foot.

Newark takes third. Zillow estimates the average home in Newark has a price per square foot of $82. However our model suggests that based on quality of life factors, living in Newark is equivalent to living in a city worth $242 per square foot. The biggest factor in favor of Newark’s livability is its walk score. Only four cities in our data set are more walkable than Newark. This city also scores in the top half for concentration of entertainment and dining establishments and days of precipitation.

One area where Newark could improve is by doing a better job of educating its residents. Only 14% of residents here have a bachelor’s degree a below average score.

Baltimore, Maryland is another city which has been traditionally undervalued. Last year we ranked Baltimore in fifth and this year, it’s climbed a spot. According to Zillow data, the average home in Baltimore costs $90.42 per square foot but our model estimates homes should cost $241 per square foot, yielding a surplus value of $151.

Our model values Baltimore for its walkability and high concentration of dining and entertainment establishments. In both of those metrics, Baltimore ranks in the top 20.

The city also ranks in the top half for seven out of the nine metrics. In total, we estimate that living in Ann Arbor yields a savings of $151 per square foot.

Charleston also has a top 50 rate for low violent crime and ranks in the top 25 for lack of extreme weather days. Combine those high marks with one of the most educated workforces in our data set and it may be no surprise that Charleston is an undervalued city.

Plus, if you are the sort of person who likes dining and entertainment establishments and walkability, New Haven is a good place for you. This city ranks in the top 10 for both of those metrics.

This city is a good place for families with young children. It has a top 10 high school graduation rate and one of the lowest violent crime rates in our top 10. Additionally Plano has a top 20 score in percent of residents with a bachelor’s degree.

Providence moved up one spot since we last ran this analysis. Overall Zillow data shows that the average cost per square foot in Providence is $145, while our model estimates it should be $285. This city ranks well thanks to the low amount of precipitation it gets and its walkability.

Providence could improve its score by lowering its unemployment rate and violent crime rate. In both of those metrics, Providence ranks below-average.

Chicago occupies the final spot in this top 10. As far as large cities go Chicago is fairly affordable costing only $161 per square foot. Given its high walkability, high concentration of dining and entertainment establishments and high percentage of residents with a bachelor’s degree, our model estimates that living in Chicago is worth $290 per square foot. That makes it the third-most valuable city in our top 10.

Living in Chicago and paying for the average home should yield a savings of $129 per square foot. 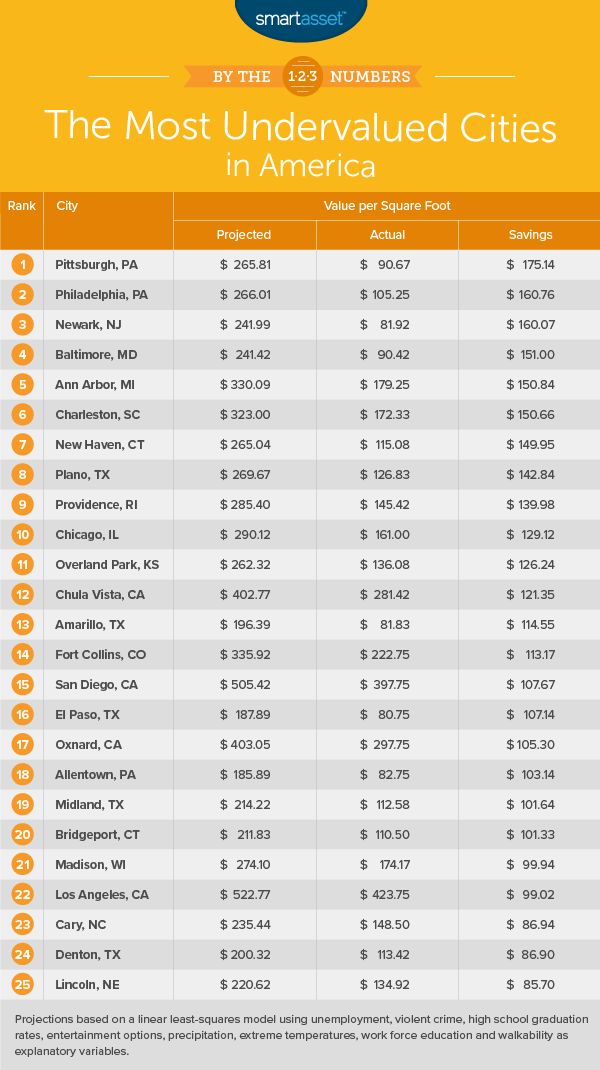 The above formula may seem complicated but it is actually quite easy to read. For example, we see that in our formula walk score is multiplied by 5.26 (this figure is known as the coefficient). This means that if a city’s walk score improves by 1, assuming all other metrics remain constant, the projected home value per square foot would increase by $5.26 per square foot.

In order to create our model we only included quality of life metrics. We left out other potentially explanatory variables like population change and new home change. Because of this, these figures are not meant as a prediction.