The Cost of Living in Philadelphia 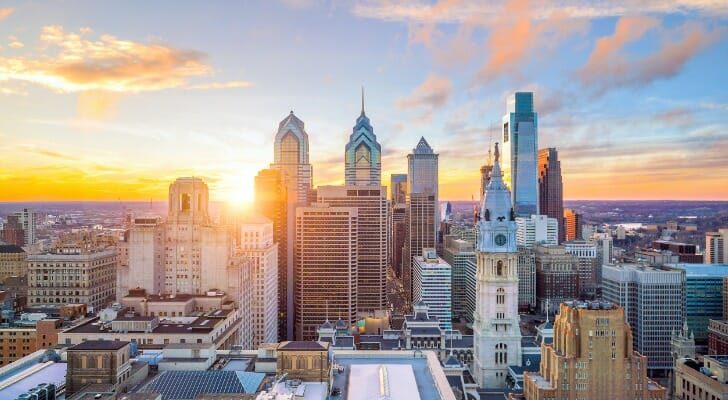 Philadelphia, the City of Brotherly Love, offers both colonial charm and modern attractions. As far as cost of living goes, Philadelphia isn’t as expensive as bigger cities like New York or San Francisco. There are also relative bargains to be had in the housing market for both renters and home buyers. You’ll also enjoy the low-income taxes of the state of Pennsylvania. If you’re considering a move, consider working with a financial advisor to get your finances in order before the big day.

You can still find a single-family home in the Philadelphia metro area for under $300,000. The average sale price for such a home in Philly is $318,000, which has had one of the area’s largest increases over the past couple of years. However, that still makes the city’s market significantly cheaper than other East Coast cities like New York ($765,000) and Boston ($795,000). If you’re someone who wants to own a home but also live in a big city, Philadelphia might be the perfect fit for you.

Unlike most major cities, the cost of renting in Philadelphia is fairly affordable, though renter-occupied households only make up about 47% of the population. The average overall rent cost is $1,877 per month. You can expect to see one bedrooms up to around $1,500 and two-bedroom places can be more than $2,000 per month.

If you’re unsure whether renting or buying is a better financial move for you, try consulting with a financial advisor.

Numbeo.com’s May 2019 data places the average monthly utility bill in Philadelphia at $145.61. That’s for a 915-square-foot apartment and includes electricity, heating, water and garbage. This is just below the national average, which is $152.11.

Want to add on the internet? You can expect to pay around $67.50 a month in Philly. The average monthly internet bill for the U.S. as a whole is $62.52, which is about $5 cheaper than in Philadelphia.

If you want to eat out, you can expect to pay $15 for a meal at an inexpensive restaurant in Philadelphia. The average price for a three-course meal for two at a mid-range restaurant jumps up to $60.

Want to sample one of the city’s famous Philly cheese steaks? A cheesesteak hoagie from the renowned Dalessandro’s will cost you $9. At Geno’s Steaks, a cheesesteak goes for $9.25.

Proponents of the flat tax system will be glad to hear that Pennsylvania has a flat income tax rate of 3.07%. That’s the lowest rate of any of the eight states with a flat income tax. On top of that tax rate, Philadelphia also charges a municipal income tax, known as a “local earned income tax,” which is 3.891%.

The statewide sales tax in Pennsylvania is 6%. Philadelphia has an added 2% sales tax, for a total of 8%. That’s about on par with New York City, which has a sales tax rate of 8.875%. It’s lower than Chicago’s 10.25% sales tax, the highest of any city in the country. 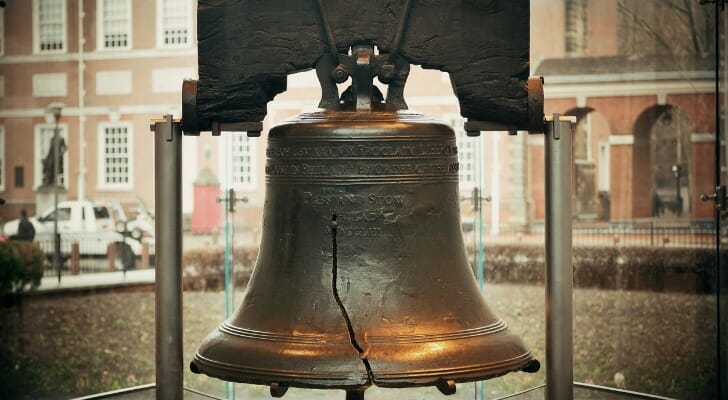 Anyone interested in U.S. history should be able to find plenty of free entertainment in Philadelphia. Whether you’re wandering the historic streets lined with colonial homes, visiting Independence Hall or strolling through Reading Terminal Market, there are tons of things to do.

Philadelphia has plenty to offer sports fans. For tickets to a professional sports team, here are the average prices that you can consider, though all have more affordable options:

No tour of the Philadelphia arts scene would be complete without a visit to the Philadelphia Museum of Art (PMA), which isn’t just famous for that scene in Rocky. Admission to the museum is $20 for an adult. But on the first Sunday of every month and every Wednesday after 5 p.m., you can pay whatever you want to get in. If you pay admission, you’ll get two consecutive days of access to the museum, as well as the Rodin Museum, the Perelman Building and the Cedar Grove historic house.

Another jewel of Philadelphia’s art scene is the Barnes Foundation, formerly located outside of the city but now in a convenient location down the road from the PMA. Members get in free, while admission for non-members costs $25. Children 12 and under get in for free.

Making a move to Philadelphia can be filled with history, culture and great sporting events. However, before taking the plunge you should consider the overall cost of living that you may endure and compare it to the costs of where you currently live. This will help you create a budget and know if you can make the move and if so, where you should live when you do.

Tips for When You’re Moving