How to Invest in the Hong Kong Stock Exchange 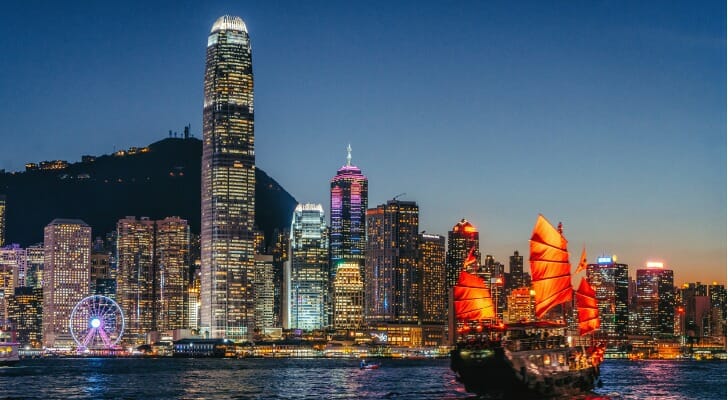 The Hong Kong Exchange (HKEX) is the largest Asian stock exchange, with more than 2,500 listed companies and total market capitalization of about $6.7 trillion. Its history goes back to the 19th century. In 2000 it merged with the Hong Kong Futures Exchange and another securities clearing company to form a parent company. In 2012 the parent acquired the London Metal Exchange. Several times in recent years the HKEX has ranked as the top exchange in the world for a company to hold an initial public offering (IPO).

International holdings can enhance your portfolio, but investing in non-U.S. assets requires knowledge that sometimes only a financial advisor possesses.

The HKEX has a Main Board where securities issues of established companies are traded. Nearly 2,200 firms are listed here. The Growth Enterprise Market (GEM) for companies that don’t meet requirements for Main Board listing, has more than 350 smaller, high-growth companies.

HKEX trades occur Monday to Friday from 9:30 a.m. to a random afternoon closing time between 4:08 p.m. and 4:10 p.m. It is also closed for one hour during lunch time, from noon to 1 p.m. daily. Trading hours are based on local time, which is 12 hours ahead of New York time.

The HKEX performance is tracked by a number of indices. The best-known is the Hang Seng Index, which follows the largest companies on the exchange. The roughly 50 stocks included in the Hang Seng Index represent about 50 percent of the Main Board’s market capitalization. Other HKEX indices include the S&P/HKEX LargeCap Index and the S&P/HKEX GEM index.

HKEX securities are priced in Hong Kong Dollars (HK$). Each HK$ is worth approximately 13 cents in U.S. dollars.

In order to list on the HKEX, companies have to provide three years of financial records and show that they have fulfilled one of the following tests: 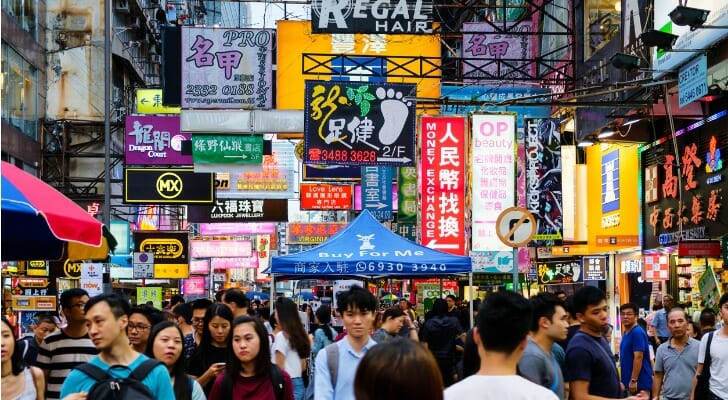 A handful of top NASDAQ stocks with substantial interests in Asia trade on the HKEX. These include, for instance, Microsoft, Intel, Amgen and Cisco. These U.S.-based companies would be among the largest capitalization stocks on the HKEX. However, several China-based companies are also in the same weight class. The largest non-U.S. companies by market capitalization on HKEX include the following (note that HKEX securities are assigned numbers instead letters):

The exchanges in Shanghai and Shenzhen collaborate with HKEX through Stock Connect. This facility lets investors from mainland China as well as other counties trade in each other’s markets. The seven-year-old initiative covers more than 2,000 stocks listed in one of the three exchanges.

How to Invest In HKEX

As is often the case with international markets, the easiest way for many U.S.-based investors to invest in the HKEX is through exchange-traded funds listed on U.S. exchanges. The largest HKEX ETF is the iShares MSCI Hong Kong ETF (EWH), which has been around more than 25 years and has $1.5 billion in assets under management.

Another way is for U.S. investors to trade American Depositary Receipts. These securities trade on U.S. exchanges, with each representing a specific foreign stock or other investment. Only a limited number of HKEX companies are available through ADRs, however. 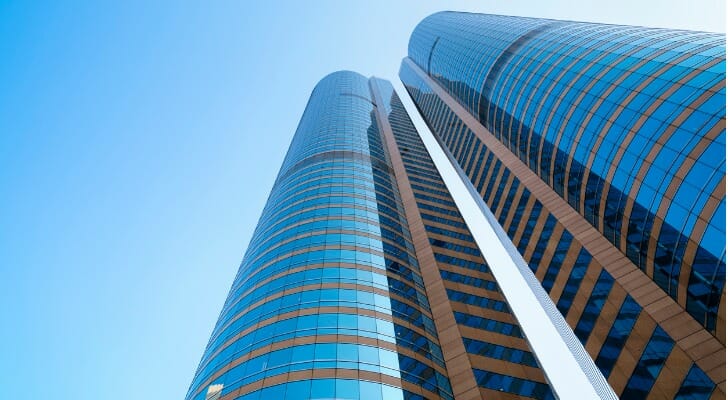 The Hong Kong Exchange is one of the world’s busiest stock exchanges and the largest in China. It is a global center for initial public offerings. The exchange’s trading hours are offset from those of major U.S. exchanges by 12 hours. The Hang Seng Index, the best-known index affiliated with the HKEX, has about 50 of the largest companies represented on the exchange. However, Hong Kong’s dynamic capitalism – and thus the viability of its stock exchange – is threatened by the Chinese Communist Party.