Corrections vs. Recessions vs. Depressions 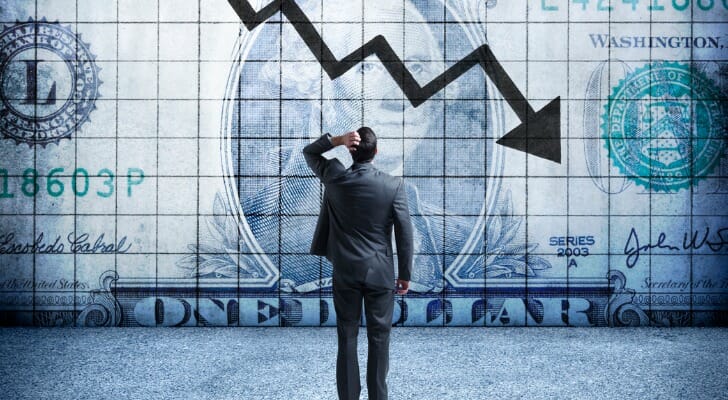 The 2020 stock market posted some of its biggest losses and gains since the Great Recession, taking investors on both a terrifying and thrilling roller coaster ride in middle of a global pandemic. One day stocks posted their biggest one-day loss since 2008, followed the next day with prices rallying up by 5%, and the day after that with another big dive. This caused many experts to worry about an imminent recession. But the end of the year showed that we were not quite there. Here’s what you can expect in 2021.

A financial advisor can help you get through the ups and downs of the market by creating a smart investing plan for your needs and goals.

For investors with a long time horizon, 2020 revealed that green stocks like Tesla and stay-at-home stocks like Etsy, Nvidia or PayPal were good investments for the future. But with stocks breaking all-time high records and prices outpacing even the most optimistic market estimates, some experts expect the market to enter a “correction,” which is when prices fall significantly in a short period of time.

This is far from a recession, defined as several consecutive months when the economy shrinks rather than grows. And even further from a depression, which is a severe recession marked by more sustained or significant losses. Let’s break down what each could mean for your investments.

What Is a Correction?

A “Correction” describes when an asset or industry loses a significant amount of value. Market corrections occur when that loss is felt over an entire market (such as the New York Stock Exchange or NASDAQ) or index (such as the Dow Jones Industrial Average or the S&P 500).

There is no formal definition for a market correction. However, the common rule of thumb is that a correction has occurred when the value of a key benchmark stock index, such as the S&P 500, falls by 10% or more. While there is also no set rule about the time period for a correction, analysts also generally consider them short-term events.

This is called a correction because prices are “correcting” to more accurately reflect the true value of the underlying assets. In an efficient market this should periodically happen; just as prices will rise through enthusiasm, they will also correct downward through accurate valuation.

Traders who had shorted the stock, or betted that the price of those stocks would fall, were forced to buy it to avoid taking considerable losses on their short positions. This created a frenzy to buy more stock, and drive prices even higher. But experts expect a market correction after trades lose momentum or a bear market, which is a more severe form of correction.

Traders generally consider it a bear market when prices fall by 20% or more. Again, this can either occur within a specific asset, an industry or market-wide. The Dow Jones and S&P 500 dipped into bear market territory in February and March 2020. But both have successfully moved into a bull market since August 2020, where the price of assets continue to rise over time. 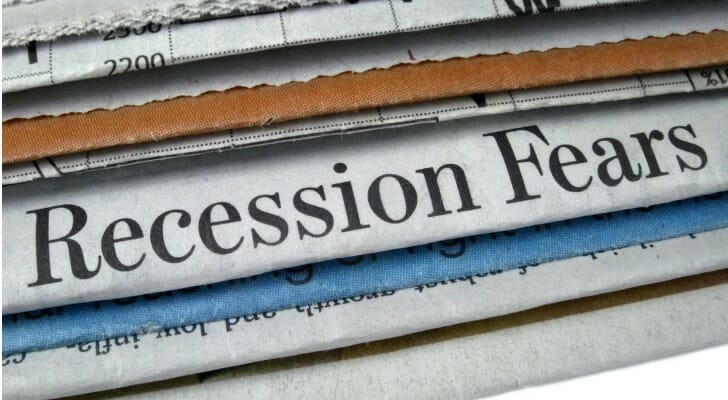 Recessions occur when economies suffer sustained losses. There is no formal definition for a recession, but analysts generally use two rules of thumb.

The first, classic definition of a recession is when an economy’s inflation-adjusted GDP has declined for two quarters or more. (It’s important to adjust for inflation in this measure, otherwise rising prices could create an artificial impression of prosperity.) Analysts and journalists often use this definition for its clarity.

Economists, however, tend to rely on a second more ambiguous definition. Per the San Francisco Federal Reserve, citing the National Bureau of Economic Research:

For economists, a recession occurs when the economy contracts in general, based on a variety of factors, and ends when it returns to growth.

It’s important to note that recessions are not measured by performance of the stock market. This is because the stock market is only one aspect of the economy. It measures investment of, access to, and performance by capital. In other words, how easily can businesses get investment, and how do those investors fare?

While an important aspect of the economy, this is far from the only essential metric. Factors such as job growth, wages, the quit rate (how often workers voluntarily leave their jobs, an important metric of worker confidence), and GDP (the value of all goods and services produced across the economy) are also critical measures.

In fact, most economists argue that in recent decades the stock market has become an increasingly weak measure of overall economic performance, as its gains and losses have correlated poorly with overall prosperity among consumers.

What Is a Depression?

Depressions occur when a recession lasts for longer than usual and is particularly severe. There is no formal or even standard definition for a depression, in part because they are rare events. Corrections occur regularly, and even recessions happen fairly often. Most Americans view the depression of the 1930s as the nation’s only one, but many economists say there have been others, including several in the 19th century.

Arguably the most important job of economists and analysts is to prevent another depression.

The Federal Reserve offers the following rule of thumb for a recession:

While recessions and corrections are formal market events, depressions are closer to a social description. In technical terms, a depression is more accurately a sustained recession. In practice, it describes a downturn that becomes particularly difficult to recover from, or one in which the normal business cycle (in which a correction periodically leads to a recession, which then leads to undervalued assets being bought up, leading to a returned period of growth) seems to stop working.

What Are Experts Thinking Now? 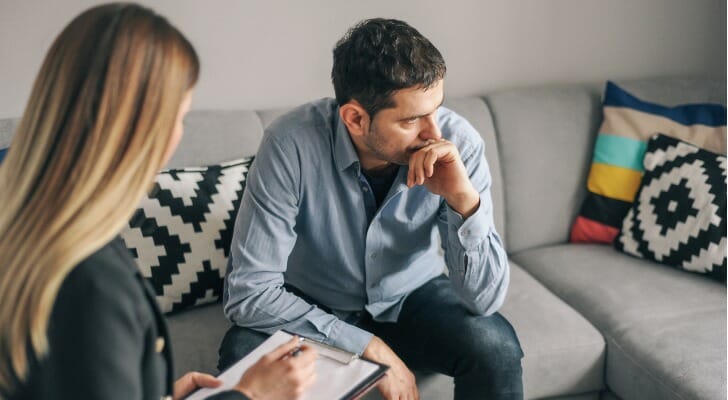 With long lines at food banks and many small businesses including restaurants, shops and theaters closing because of the coronavirus pandemic, analysts in 2020 believed that a recession was imminent. On average, recessions happen every seven to nine years, and the U.S. economy has now enjoyed more than 11 years of sustained growth. What’s more, data points have periodically caused concern about a potential recession.

Events like the yield curve inversion, rising oil prices and increased investment in utilities typically are strong indicators that investors are bracing for a recession. All of these have happened at one point or another over the past three years.

Others still worry that the coronavirus pandemic could be the event that tips the economy into a decline that, which for many analysts is overdue. But even while the U.S. economy plunged in March and April of 2020, other signs have made experts much more optimistic.

Unemployment fell in January 2021 to 6.3% (with 10.1 million unemployed). That’s a decrease of 8.4% in nine months (the April 2020 rate was 14.7% with 23.1 million unemployed). Wall Street also resurged with the federal government’s largest relief package, new rounds of stimulus relief and a wider distribution of vaccines.

But while evidence of a recession may seem less likely in March 2021 then it did in March 2020, experts still say that investors should be concerned about all-time high stock prices and outside events like the pandemic, which have already demonstrated how they could make the market go volatile. So building an emergency fund and working with a financial advisor are two smart steps that experts say will help protect and grow your finances in 2021.

During a correction, prices fall significantly across a single asset, industry or an entire market. A recession occurs when an entire economy contracts for several months. If the recession persists and is particularly severe, it may eventually be considered a depression.