What Is a Bull Market? 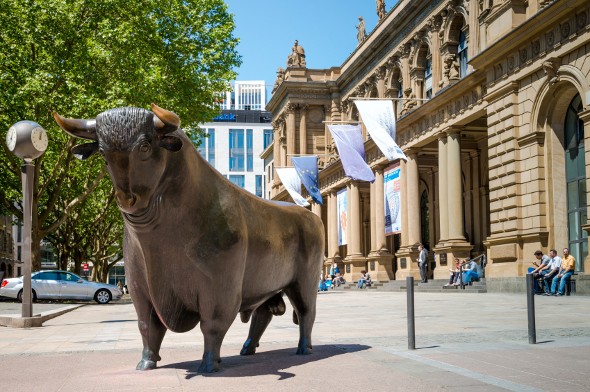 There are certain phrases that we come into contact with on a regular basis. Even though other people use them all the time, we don’t actually understand what they mean and we’ve never taken the time to find out. If that’s the way you feel about the term “bull market,” here’s your chance to finally learn what it is and why it’s associated with investing in the stock market.

Bull markets indicate that the prices of a group of assets have been increasing for a period of time or are likely to go up soon. They can last anywhere from a few months to multiple years. In fact, the longest bull market in American history for stocks lasted for 4,494 days and ran from December 1987 to March 2000.

The phrase “bull market” is commonly used when talking about stocks. An increase in the value of stocks by 80% or more typically suggests that the industry is bullish. But the term can also be used in reference to bonds, futures and other securities that can be bought and sold.

The presence of a bull market depends in part on the stage that the economy is in. But investors’ feelings and assumptions can trigger a bull market as well. If they’re bullish, they’re feeling good about the direction that an entire market or a specific security is going in and if they act accordingly, prices can actually start to rise.

In fact, investors can be described as bulls if they buy a share or another security because they believe that prices will increase and they can later sell it and make a profit. An investor’s perspective on market trends is largely based on information they hear about the country’s finances and events happening around the world that could have an impact on the economy.

The opposite of a bull market is called a bear market. There’s a bear market whenever the major indices have seen prices decline by at least 20% for two months or more. If investors feel bearish or wary about a certain market index or individual security, they’ll likely sell their shares as soon as possible to avoid losing money.

Why Bulls and Bears? 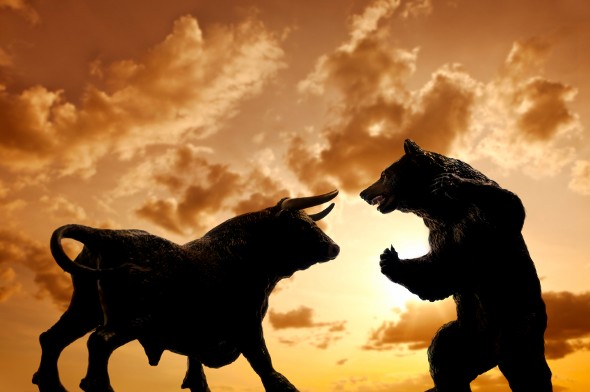 Your biggest question about bull and bear markets could revolve around why those two animals are being used in the first place. It’s still a bit of a mystery, but it’s often been said that they reflect how bulls and bears act if they’re up against another animal.

When they’re under attack, bears tend to move their paws in a downward direction – hence their connection to market declines. Bulls, however, fight by pushing their horns upward. Fights between bears and bulls took place quite frequently during the heyday of the Roman Empire and in London during the latter half of the 16th century.

What Happens During a Bull Market

Bull markets are generally signs that the economy is doing well. Prices are often rising rapidly and people are eager to enter the market and spend their money. The earnings for investors are high at this point and losses are less damaging.

Investors tend to feel optimistic during a bull market. People usually invest by buying with the intent to sell at a later date when prices are expected to peak. Due to rising demand, prices continue to move upward as fewer and fewer securities become available.

It’s important to note, though, that a bull market isn’t characterized by a short-lived uptick in prices. A price increase in equities over the course of several days is great, but it wouldn’t be considered as a bull market for that sector.

Related Article: What Are Equities?

The Phases of the Bull Market 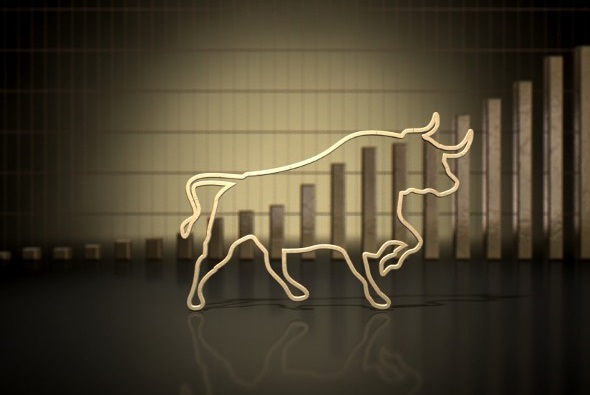 Much like the economy, a bull market functions in a series of stages. In the beginning, known as the accumulation phase, security prices aren’t high. For the most part, no one besides the most experienced investors are looking to invest because the economy hasn’t been growing and many people don’t believe that prices are going to increase any time soon.

In the second phase, more investors feel better about where the market is headed, so there’s more trading. Both prices and earnings begin climbing. As the bull market moves toward its final stage, some investors try to jump in at the last minute to take advantage of enormous gains. A lot of trading is still taking place, but the market might be preparing to fall in response to some negative signs, or to stabilize.

One industry could be experiencing a bull market while another could see prices dropping. For example, the commodities market could be on the rise and at the same time, stock prices in the Dow Jones Industrial Average could be plummeting. What’s more, there may be times when the markets are at a standstill and prices are neither moving up nor down on a consistent basis.

A bull market describes a trend where a market or an index is moving in a positive direction. The prices of securities are getting higher and those who hold investments are seeing their worth rise.

It’s best to invest according to your own tolerance for risk. Of course, it helps to understand bull markets and how the sentiments of your fellow investors might influence the performance of the financial instrument you choose. And remember: conventional wisdom says to buy low and sell high. If a market has been bullish for quite some time, jumping in at the last minute might not be the wisest move.