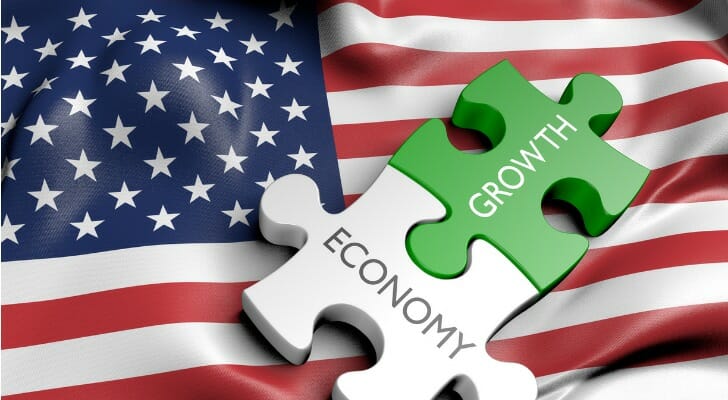 Gross domestic product (GDP) measures the market value of all goods and services a country produces in a specific time frame. It’s used to gauge a nation’s economic growth and its people’s standard of living. GDP also guides investment decisions and economic policy that affects everyone. This article will explain GDP, how it works and why it matters. A financial advisor can also help you understand GDP to make better investing decisions.

How Do You Calculate GDP?

Because GDP represents the total economic output of a country, it involves several moving parts. Below, we explain each of these parts as well as the letter each represents in the formula for GDP:

Personal consumption expenditures account for about 70% of the nation’s GDP. In the most general sense, a high GDP represents a growing economy where people are making more and spending more.

But there are many ways to analyze GDP. And a closer look can tell us more about a country’s economy and the state of its working class.

The formula listed above represents what economists call nominal GDP. This is GDP that doesn’t account for inflation.

So a more accurate representation of economic growth is what’s known as “real GDP.” This is represented by removing the affect of inflation.

In the United States, the Bureau of Economic Analysis (BEA) calculates real GDP from year-to-year by factoring in a price deflator. This indicates how much prices have fluctuated from a base year to the current year.

Real GDP is equal to the nominal GDP multiplied by the deflator. We’ll explain.

Say prices increased by 5% from the base year to the current year. The deflator is then 1.05. So the nominal GDP is multiplied by this deflator to get the real GDP. This gives you the value of goods and services produced while removing the effects of inflation.

Because inflation tends to increase in time, nominal GDP is usually greater than GDP. In 2022, the nominal GDP grew by 7.8% during the second quarter, but the real GDP fell by 0.9% during the same quarter. Most countries use real GDP to report their growth rate or the pace at which the economy fluctuates from one quarter to another.

In addition, the BEA also makes a few more tweaks to get the real GDP. It doesn’t factor in the income that American companies and people located outside the country generate. By doing so, it also removes the effect of exchange rates and government policies on trade out of the equation.

The BEA also factors in the total value of products produced when calculating GDP. Take a can of soda, for example. The cost of sugar and other ingredients as well as the aluminum that makes the can went into making that product. But GDP only factors the total cost of the final product: your delicious can of Coke.

Why Does GDP Matter? 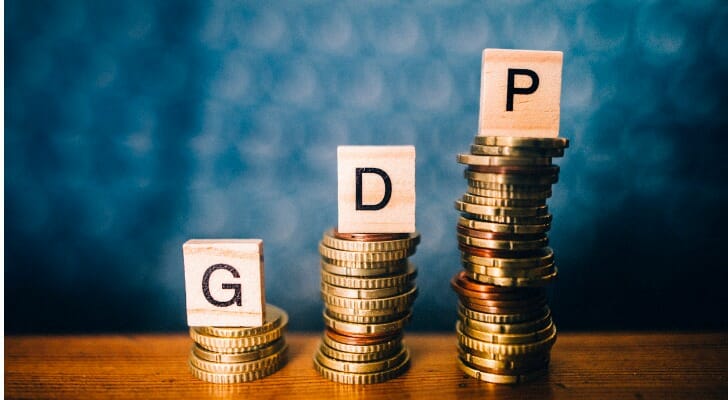 Economic policy in the U.S. is heavily driven by the GDP growth rate. If it’s too low, it could drag the country into recession or a depression in a worst case scenario. So the Federal Reserve, the country’s central bank, would move to prevent that. And its decisions could impact your personal finances directly.

To ward off a recession, for example, the Fed can deploy an expansionary policy. This means the government prints more money and lowers interest rates to stimulate economic growth.

But GDP growth can also reach a point where it may trigger higher-than-usual rates of inflation. In this case, the Fed can take on a contractionary policy and hike interest rates. So if you had an adjustable-rate mortgage, you can expect it to increase. And you can expect the same for your credit card.

GDP growth is also closely monitored by investors, especially those heavily involved in equities. If the GDP of certain countries is plummeting, for example, an investor may want to rearrange his or her asset allocation.

GDP attempts to measure the economic might of a country as well as its people’s overall standard of living. So a large GDP or rapid growth rates would indicate a positive for both factors.

However, some argue that GDP fails to take into account other factors that may affect standards of living such as the environmental impact of a growing economy. People in this school of thought would suggest the cost of producing something like plastic doesn’t factor the environmental cost.

In addition, GDP factors in economic activity through official records. So it doesn’t account for the amount of money being generated in the black market through illegal means.

Nonetheless, GDP can be one of many indicators that measures the economic might of a country, as well as the pace at which it’s growing or failing to do so.

GDP is the total value of all the goods and services a country produces in a specific time frame. Governments track it to make decisions on economic policy, which can affect its citizens directly. Investors also take a close look at GDP to determine which economic sectors and countries they should put their money in. However, it has its limitations as it doesn’t account for all economic activity and externalities.