What Is a Recession, and How Can We Predict Them? 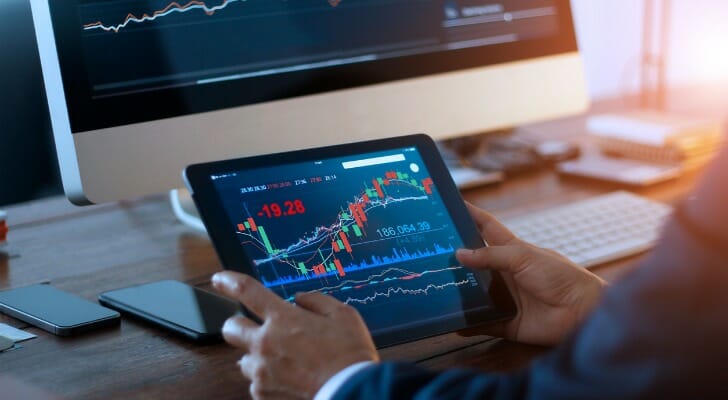 Economic recessions can have major financial implications, as they indicate a large market is experiencing a downturn. They can cost millions of people their jobs, retirement savings and financial security. As a result, it can be hard to see a path back to a strong stock market and, in turn, positive economic growth. However, recessions are a sometimes inevitable part of a business cycle. As such, it pays to know the warning signs of a recession so you can prepare.

It’s important to minimize the impact of a recession on your investment portfolio. Find a financial advisor who can help you today.

In broad terms, a recession is a serious downturn in an economy that lasts longer than a few months. The technical definition is a period of at least two consecutive quarters of negative economic growth. Negative economic growth in this instances is measured by gross domestic product (GDP). Often, though, the term recession is used more broadly than that technical definition.

A recession will usually last for anywhere from 6 to 18 months. The duration can vary depending on the severity of the downturn, and what measures the country’s government and central bank (the Federal Reserve, in the U.S.) take to address it, among other factors.  While a one-time event (such as the financial crisis of 2008) can trigger a recession, economic downturns are part of the business cycle and have many underlying factors.

What Happens During a Recession? 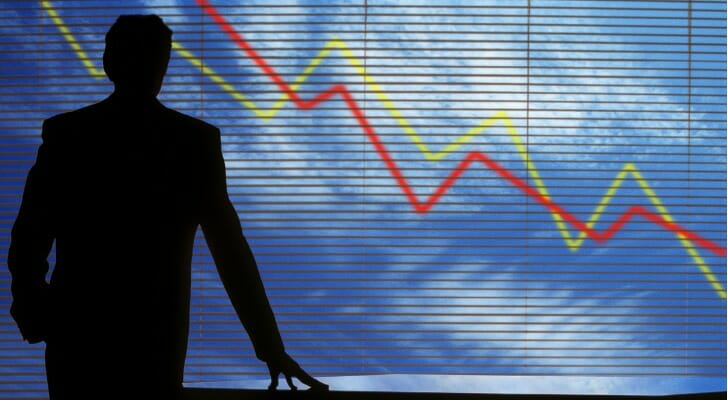 During a recession, it’s common to see stock prices fall and the unemployment rate rise. Stock prices fall because investors have less income to invest and less faith in the market to increase their investment. This decreases demand for stocks, meaning stock prices (and thus portfolio values) will naturally go down.

Business revenues also decrease during a recession, which leads many to stop hiring new workers or lay off some of their existing workforce. Many companies will go out of business altogether, further increasing job losses. This causes the unemployment rate to increase. A larger unemployed population as well as general economic unease leads to more consumers saving their money instead of spending it. This decrease in spending can cause business revenues to falter even more, starting the cycle anew.

One potentially positive effect of a recession is that the inflation rate typically falls. Inflation is the economic phenomenon that causes a currency to lose value, and it can decimate an economy if it gets out of control. Periodic dips in economic growth can keep the inflation rate from rising too high.

What Are Some Examples of a Recession?

The most prominent recent example of a recession is the coronavirus recession. The spread of the COVID-19 pandemic had major financial implications on the American economy, especially as shutdown orders began to be used around the U.S. This led market forecasts to become extremely unstable, which then caused a trickle-down effect into the stock market. This recession eventually became a global one, as the pandemic ravaged far more than just the U.S.

About a decade before then, the U.S. experienced the “Great Recession,” which lasted from the end of 2007 until 2009. According to most economists, this recession was directly caused by the bursting of the housing bubble in the U.S. As a result of this, unemployment rates skyrocketed and the U.S. GDP sank.

How Can You Predict a Recession?

Obviously, recessions aren’t completely predictable. If they were, we’d be able to better plan for them or even avoid them. That said, there are a few warning signs that can lead economists to predict that a recession may be on the horizon. These signs are what economists call leading indicators. There are also lagging indicators that crop up once a recession is already taking place. A high unemployment rate is the most prominent lagging indicator.

Another sign of an impending recession is a decline in manufacturing jobs. Less demand for manufactured goods can be a sign of decreased consumer spending, so if factories cut workers or stop hiring new ones, that can mean cuts in other sectors are on the way. Other leading indicators include falling home prices, a contraction in the stock market and a lack of new small businesses.

How Governments Deal With Recessions 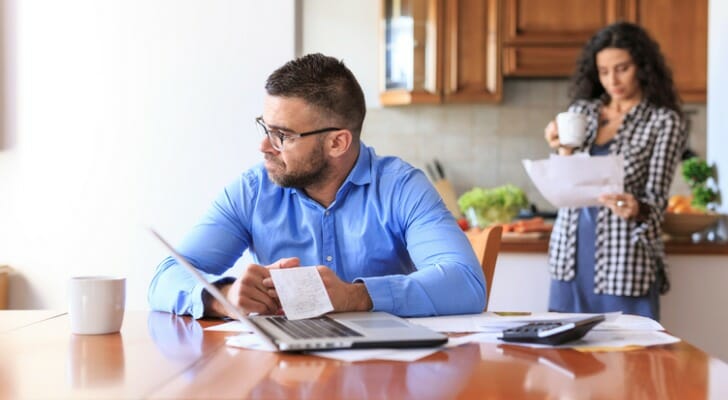 The government can use both monetary and fiscal policy to help stimulate a lagging economy.

The government’s central bank handles monetary policy. To help kick-start economic recovery, the Federal Reserve will typically lower interest rates. This encourages individuals and businesses to borrow money from the government, which in turn can stimulate economic activity. If it’s cheaper to borrow money, it’s more likely that people will spend.

Fiscal policy refers to decisions surrounding taxing and spending. Congress can stimulate the economy by increasing spending or cutting taxes. During the aftermath of the Great Recession, the government engaged in expansionary fiscal policy. This involved the stimulus package that President Barack Obama spearheaded, as well as increased government spending and borrowing.

Some increased government spending is inevitable during a recession as a consequence of the higher unemployment rate. More people will be receiving unemployment benefits, so the government will have to spend more to supply them.

The important thing to keep in mind during a recession is that things will turn around. The economy will rebound, consumers will start to spend again and jobs will come back. This idea may be harder to swallow in the midst of a recession, but it’s crucial to keep in mind so you don’t make any rash decisions. If, for instance, you sell all your stock because you’re afraid of the price dropping further, you won’t be able to take advantage of the recovery that tends to follow a market downturn.

If you’re looking for signs of another downturn on the horizon, there are several things you can look out for. Keep tabs on the yield curve, a general stock market indicator like the Dow or the S&P 500, manufacturing jobs and the monthly house price index (HPI).