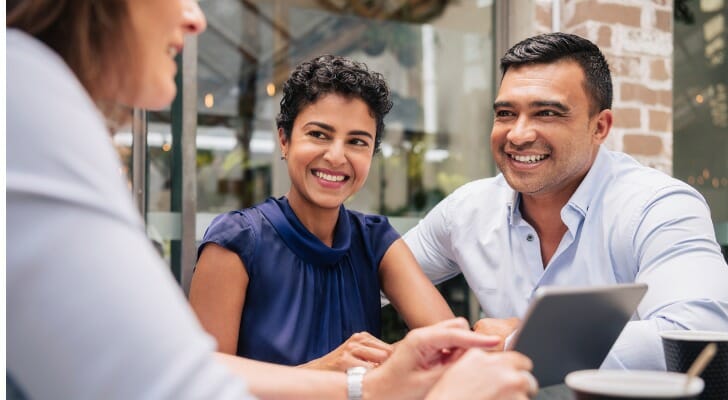 There are three types of economic indicators: leading, lagging and coincident.

Leading indicators point to future changes in the economy. They are extremely useful for short-term predictions of economic developments because they usually change before the economy changes.

Lagging indicators usually come after the economy changes. They are generally most helpful when used to confirm specific patterns. You can make economic predictions based on the patterns, but lagging indicators cannot be used to directly predict economic change.

Coincident indicators provide valuable information about the current state of the economy within a particular area because they happen at the same time as the changes they signal.

There are several economic indicators that are grouped into the three types listed above. Each one can help investors, economists and financial analysts make smart financial decisions.

GDP is a lagging indicator. It is one of the first indicators used to gauge the health of an economy. It represents economic production and growth, or the size of the economy. Measuring GDP can be complicated, but there are two basic ways to measure it.

One measurement is the income approach. This approach adds up what everyone earned in a year, including gross profits for non-incorporated and incorporated firms, taxes less any subsidies and total compensation to employees. The other approach is the expenditure method. This method adds up what everyone spent in a year, including total consumption, government spending, net exports and investments. The results of these two measurements should be roughly the same. However, the expenditure method is the more common approach because it includes consumer spending, which is accounts for majority of a country’s GDP.

GDP is usually expressed in comparison to the previous quarter or year. For example, if the GDP of a country is up 2% in 2018, the economy of that country has grown 2% since the previous measurement of GDP in 2017. Annual GDP figures are often considered the best indicators for the size of the economy. Economists use two different types of GDP when measuring a country’s economy. Real GDP is adjusted for inflation, while nominal GDP is not adjusted for inflation.

An increase in GDP indicates that businesses are making more money. It also suggests an increase in the standard of living for people in that country. If GDP decreases, then it suggests the reverse.

The market’s responses to GDP shifts may also depend upon how one quarterly GDP measure compares to prior quarters, as well as how it compares to economists’ expectations for that current quarter. 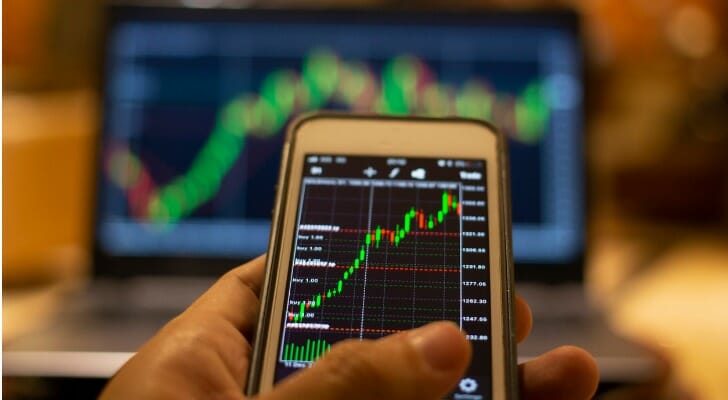 The stock market is a leading indicator. It’s also the indicator that most people look to first, even though it’s not the most important indicator.

Stock prices are partially based on what companies are expected to earn. If companies’ earnings estimates are accurate, the stock market can indicate the economy’s direction. For example, a down market could indicate that overall company earnings are expected to decrease and the economy could be headed toward a recession. On the other hand, an up market could suggest that earnings estimates are up and therefore the economy as a whole may be thriving.

The stock market is not necessarily an accurate leading indicator. Earning estimates could be wrong, and the stock market is vulnerable to manipulation. Wall Street corporations and traders can manipulate numbers to inflate stocks via complex financial derivative strategies, high-volume trades and creative accounting principles. (Wall Street’s version of creative accounting is not always legal.) In addition, the government and Federal Reserve have used federal stimulus money and other strategies to keep markets high in order to avoid public panic in the event of an economic crisis. Since the market is vulnerable to manipulation, a stock or index price is not necessarily an accurate reflection of its value.

There are also stock market bubbles, which can give a false positive for the economy’s direction. If investors ignore underlying economic indicators, and there are unsupported increases in price levels, a market crash could happen. We saw this when the market crashed in 2008 as a result of overvalued credit default swaps and subprime loans.

Unemployment is a lagging indicator. The Bureau of Labor Statistics releases a monthly estimate of the cumulative number of jobs lost or created in the previous month, as well as a percentage figure that represents how many Americans are unemployed and actively looking for work.

The non-farm payrolls represent the total number of workers employed by U.S. businesses, other than general government employees, workers in private households, employees of non-profit organizations that provide assistance to individuals and farm workers.

The number of jobs created or lost in a month is an indicator of economic health and can significantly impact the securities markets. When more businesses are hiring, it suggests that businesses are performing well. More hiring can also lead to predictions that more people will have more money to spend, since more of them are employed.

If unemployment rates rise unexpectedly, or decline less than expected, that can sometimes be associated with a drop in stock prices as it may suggest that employers cannot afford to hire as many people. Remember, how an economic indicator comes in relative to expectations is very important.

CPI is a lagging indicator, and the U.S. relies on it heavily as one of the best indicators of inflation. This is because changes in inflation can spur the Federal Reserve to make changes to its monetary policy.

CPI measures changes in prices paid for goods and services by urban consumers for a specified month. It’s essentially a measure of the cost of living changes. It offers a gauge of inflation as it relates to purchasing those goods and services.

CPI takes a sampling of several hundred goods and services across 200 categories. The Bureau of Labor Statistics collects this data through both phone calls and personal visits in 87 urban areas across the U.S. CPI does not include Social Security taxes, income, or investments in stocks, bonds or life insurance. However, it does include all sales taxes associated with the purchase of those goods.

PPI is a coincident indicator that tracks price changes in almost all goods-producing sectors, including mining, manufacturing, agriculture, forestry and fishing. PPI also tracks price changes for an increasing portion of the non-goods-producing sectors of the economy. The report measures prices for finished goods, intermediate goods and crude goods. Prices from thousands of establishments are tracked each month and are recorded on the U.S. Bureau of Labor Statistics website.

PPI is important because it’s the first inflation measure available in the month. It captures price movements on a wholesale level, before price changes show up on the retail level.

Balance of trade is a lagging indicator. It’s the net difference between a country’s value of imports and exports, and shows whether there is a trade surplus or a trade deficit. A trade surplus is generally desirable, and shows that there is more money coming into the country than leaving. A trade deficit shows that there is more money leaving the country than coming in. Trade deficits can lead to significant domestic debt. In the long term, a trade deficit can result in a devaluation of the local currency, since it leads to significant debt. The increase in debt will reduce the credibility of the local currency. It could also lead to a major financial burden for future generations, since they will be forced to pay off that debt.

However, if a trade surplus is too high, a country may not be taking advantage of the opportunity to purchase products from other countries. In a global economy, nations specialize in manufacturing specific products while buying the goods other nations produce more efficiently at a cheaper rate.

Housing starts are a leading indicator. The U.S. Census Bureau releases housing start data each month. Housing starts are an estimate of the number of housing units on which some construction was performed that month. Data is provided for multiple unit buildings as well as single-family homes. The data also indicates how many homes were issued building permits and how many housing construction projects were initiated and completed.

Housing starts are highly sensitive to changes in mortgage rates, which are affected by shifts in interest rates. Although housing starts are a highly volatile indicator, they represent about 4% of annual GDP. As a result, they can signal the effects of current financial conditions as well as changes in the economy. Economists and analysts watch for longer-term trends in housing starts.

When interest rates increase, borrowers are more reluctant to take out loans. This discourages consumers from taking on debt and businesses from expanding, and as a result, GDP growth may become stagnant.

Currency strength is a lagging indicator. When a country has a strong currency, its purchasing and selling power with other nations is increased. A country with a strong currency can import products at a cheaper rate and sell its products overseas at higher foreign prices. However, when a country has a weaker currency, it can draw in more tourists and encourage other countries to buy its goods since they are cheaper.

Manufacturing is a leading economic indicator. Durable goods orders are an indicator of manufacturing activity. The term “durable goods” refers to consumer products that usually aren’t replaced for at least a few years, such as refrigerators and cars. Near the end of each month, the Department of Commerce Census Bureau publishes its report on durable goods.

Income and wages are a lagging indicator. When the economy is operating properly, earnings should increase to keep up with the average cost of living. However, when incomes decline relative to the average cost of living, it is a sign that employers are either laying off workers, cutting pay rates or reducing employee hours. Declining incomes can also indicate an environment where investments are not performing as well.

Incomes are broken down by different demographics, like age, gender, level of education and ethnicity. These demographics can give insight into how wages change for certain groups. A trend that may affect what seems to be only one smaller group may actually suggest an income problem for the entire country, rather than just the group it initially affects.

On or around the 13th of the month, the U.S. Census Bureau releases its retail sales report. This report acts like a leading indicator, but it’s actually a coincident indicator. This is because decreases can raise the fear of recession and increases often precede higher CPI numbers.

The retail sales report is a measure of all sales by U.S. retail store. Its rise and fall can have a direct impact on the stock market, or at least the retail sector. When sales are higher, consumers are spending more and companies tend to perform better. When sales are lower, the reverse is true. 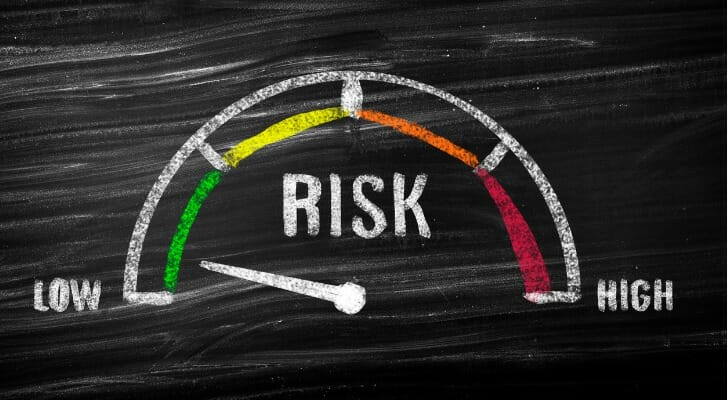 There’s no golden goose in investing, but considering these economic indicators can help you make informed investment decisions. The Federal Reserve releases a report known as the Beige Book eight times per year. The Beige Book outlines the nation’s economic conditions and it can be a useful resource for investors, economists and analysts. Economic indicators are important to take into account before making any investment decisions. With a little research, you’ll be able to maximize your portfolio.