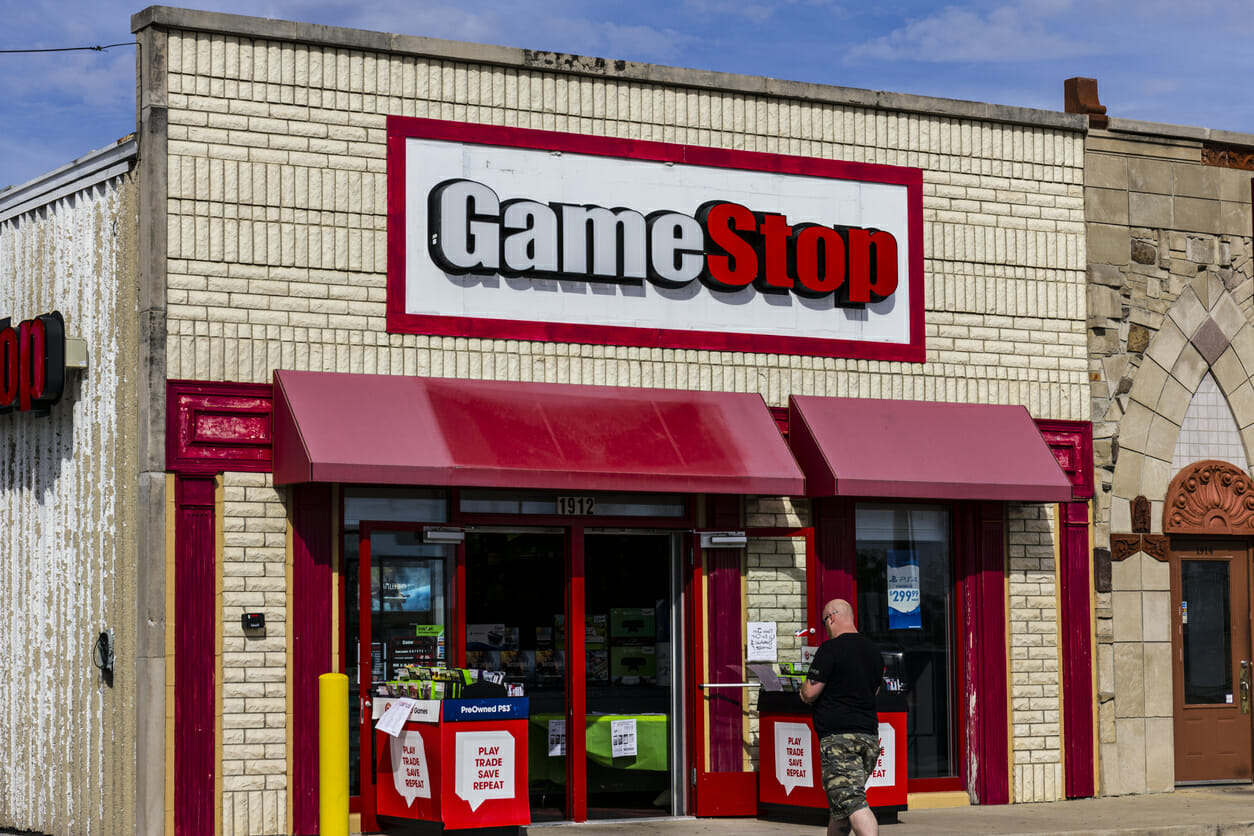 GameStop’s (GME) share price convulsions are riveting Wall Street and the rest of the U.S. financial establishment. Between Jan. 11 and Jan. 26, 2021, shares of the Grapevine, Texas-based company rocketed more than 1,600%, and in the middle of that ascent briefly tumbled 43%. Then, after closing out January at $328.24 – up from $18.84 at the start of the month – it began February with a nosedive. By Feb. 2 it had tumbled to under $100. What we have witnessed is an unprecedented clash between some of America’s financial titans who bet big on GameStop’s demise and a coterie of retail investors convinced that GameStop shares represented value. Here’s what happened, how it happened and how to respond.

Following Reddit trends can occasionally deliver lucky yields but may not be the smartest investing strategy; for expert guidance, consider enlisting the services of a trusted financial advisor.

October 2013 – Shares of GameStop, which sells new and pre-owned video gaming consoles and game titles, have languished for years, a reflection of its struggles, which the pandemic only worsened. A few years ago a number of well-heeled financial analysts, such as Melvin Capital, decided the company was terminally ill and so began building short positions on a massive scale to profit from the stock’s expected demise. Those short positions likely contributed to a share price slump. On Oct. 1, 2013, shares sold for $54.82; on March 1, 2020, they changed hands for a measly $3.50.

September 2019 – A day trader in a Reddit forum known as r/WallStreetBets announced he was going long GameStop to the tune of about $50,000. Initially his peers were dismissive. But his continual explanations of why the shares were undervalued began to get traction. He also pointed out just how massive the short interest in the shares was, meaning there was an opportunity for a so-called short squeeze. That’s an attempt to drive up a stock’s price to the point where investors who shorted the stock have to bow out by purchasing shares back at exorbitant prices. Gradually other regulars in r/WallStreetBets started buying the shares, too. Meanwhile, Wall Street kept building its short positions.

August 2020 – Ryan Cohen, whose success in building online pet food retailer Chewy Inc. drove rival PetSmart to buy him out and turn him into a billionaire, disclosed buying 9 million shares, or 10% of the company, for $76 million, implying a share price of $8. Undeterred, Wall Street increased their shorts. Both sides were aware of what the other was doing. By now, an epic winner-take-all game of nerves was in full swing. 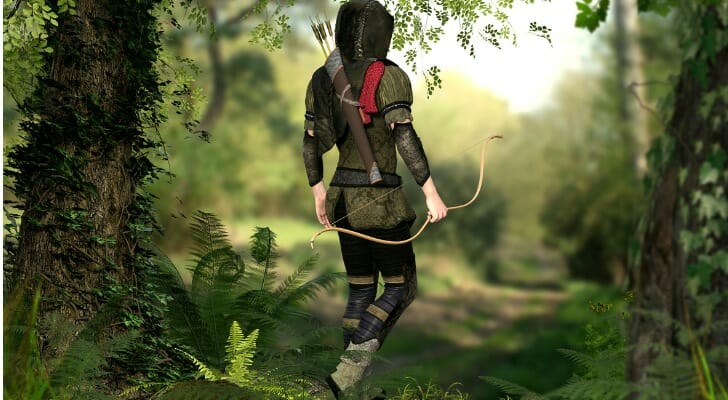 Jan. 28, 2021 – Robinhood, the preferred platform of the pro-GameStop traders, said it was limiting purchases of GameStop shares (as well as those of 12 other companies), in effect halting the retail investors’ short squeeze. The move was a response, Robinhood said, to its clearing house demanding a $3 billion deposit to handle increased risk from heavy trading in some stocks.  After Robinhood limited GameStop trading, the clearing house cut its demand for collateral to $700 million. Other platforms experienced similar demands, and responded similarly.

The sudden trading limit caused an immediate 43% share price drop that allowed the hedge funds to cover their shorts at prices that were high but not as high as they would have been absent Robinhood’s intervention. But the internet reaction was vitriolic, drawing fire from such diverse quarters as Sen. Ted Cruz (R-TX) and Rep. Alexandria Ocasio-Cortez, (D-NY). That forced Robinhood, whose Twitter account once stated, “Let the people trade,” to back down – somewhat. The next day it began allowing users to make very limited purchases of GameStop. And the upshot of that was that the stock rose from below $200 to go into the weekend at $325.

Jan. 29, 2021 – At this point the financial cost to the short-sellers was colossal. One financial data firm gauged losses by the end of January at $23.6 billion. There may be more to come, despite a decline that began on Jan. 29, One analysis of implied interest, determined that GameStop could rise 20% per day into March. Not every Wall Street titan got clobbered. BlackRock, the world’s largest asset manager, may have booked as much as a $2.6 billion gain, according to a Dec. 31, 2020 SEC filing.

Feb. 2, 2021 – February opened badly for GameStop shares as the short squeeze began unwinding, with investors who had shorted the stock covering their positions. Robinhood was now allowing customers to buy 20 shares instead of just one. Shares closed down 60% to $90.21.

June 22, 2021 – A published report states that White Square Capital, a London-based hedge fund that bet against GameStop and suffered massive, double-digit percentage losses as a result, was closing its doors.

How Did This Happen?

This unprecedented clash was made possible by the convergence of two factors.

Free-trading apps – Free-trade apps like Robinhood make wheeling and dealing friction-free. Not only that, but Robinhood’s design tends to nudge its investors into taking bigger risks. With few funds on the platform, traders primarily buy and sell equities. This is a relatively risky asset category, and Robinhood encourages impulse trading of these assets with recommended purchases. At the same time the app steers its users toward options contracts, a potentially high-risk investment which most average investors barely understand (if at all). This is exactly the opposite of the guidance that a trading platform should give inexperienced investors.

Social media – In a way that would never have been possible only a few years ago, today’s day traders and retail investors can gather virtually, talk to each other about opportunities and dangers, evaluate securities and, if a critical mass can be formed, successfully challenge giants like Melvin Capital.

How to Respond: Three Cautions

Options trading – Dabbling in options is not for everyone. Conventional wisdom states that the average person with a busy life and not a lot of investing expertise would likely be best served by the un-glamorous investing route of buying and holding some low-cost index funds. But if you have some extra money and your heart is set on options trading as recreation, fair enough. Just make sure you do your homework.

Margin trading – Borrowing money to buy shares you could not otherwise afford in the hope they will gain and you can pay the lender is not illegal. But it could end up being more expensive than you anticipated. Having to live and die by the price of one security is a high-risk proposition, though. If you’re comfortable taking on that kind of risk, then this practice can make significant gains without much cash on hand. Of course, this means that if you make a bad investment, you’ll be in even more trouble than you would be otherwise. 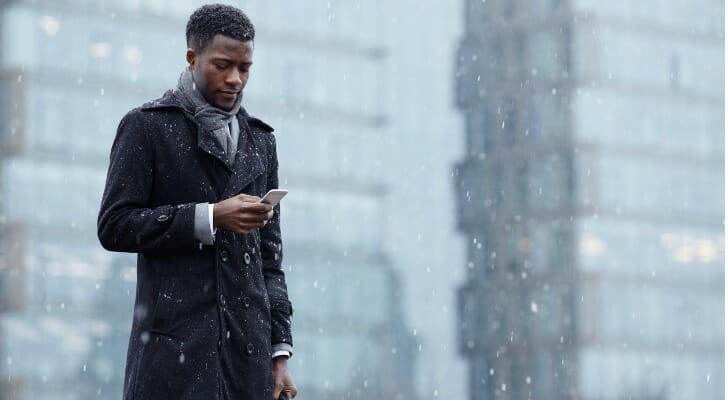 Rules may change – In the words of a girl who lived through a catastrophe, “Toto, I have a feeling we’re not in Kansas anymore.” The combination of two unprecedented forces, social media and free, frictionless trading, augurs more clashes between retail investors and the nation’s financial establishment. It is not unlikely that the SEC and other regulatory bodies, as well as Congress, will seek to control the forces that have been unleashed. In other words, stay alert to how the government may be changing the rules.

Finally, now more than ever it’s important to work with a financial advisor acting in your best interest. Such a person can help you determine what sort of trading activities fit your risk profile, timeline and financial goal.