The Infrastructure Bill Will Create These Major Investment Opportunities 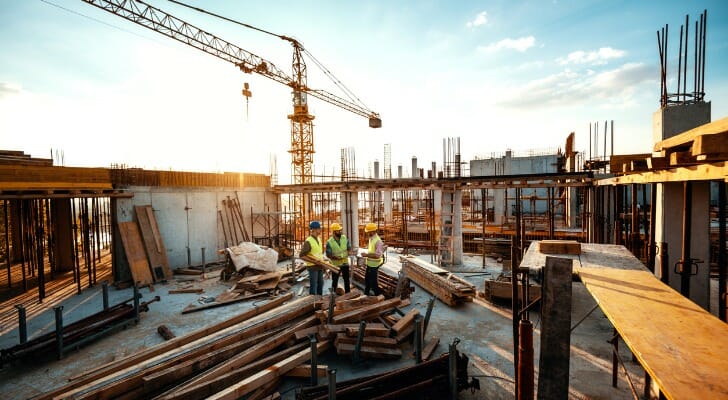 What’s in the Bill?

The bipartisan bill includes $550 billion in new spending on a wide range of infrastructure needs, including $110 billion for new roads, bridges and other significant projects. However the plan also includes billions for non-traditional infrastructure projects, like $65 billion for high-speed internet and another $7.5 billion for electric vehicle (EV) charging stations.

These are the largest areas of funding in the bill:

In an analysis of the infrastructure bill, Fidelity noted that companies who contract with the government to build and operate infrastructure likely stand to benefit from the $550 billion in new spending. However, infrastructure operators with long-term government contracts are typically viewed as more stable and predictable investments than construction companies responsible for building projects, as they are less susceptible to economic and political shifts.

For investors hoping to capitalize on the bipartisan commitment to infrastructure, Fidelity pointed to the following sectors and debt securities as potentially promising investments. 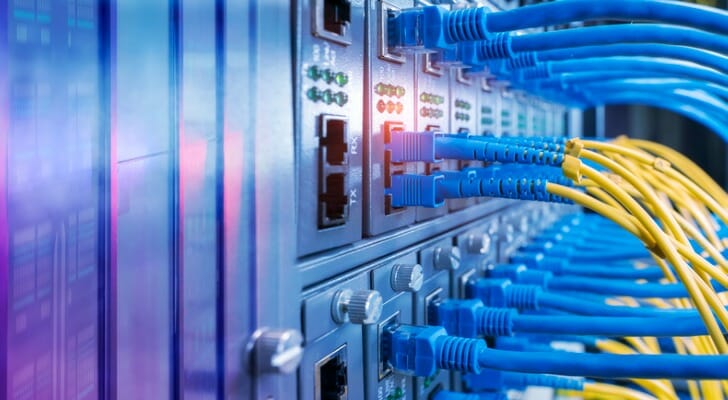 While the COVID-19 pandemic has upended so many elements of daily life, it also proved how easily certain activities, including business operations, can be moved online. This raises questions surrounding how much road, transit and airport capacity may be needed in the future, according to Fidelity.

The financial services firm noted that Steve Buller, manager of its Real Estate Investment ETF, is also bullish on internet infrastructure. “He points to real estate investment trusts that own data-center and communications-tower properties as potential beneficiaries of rapid demand growth as telecommuting has gone mainstream,” Fidelity wrote.

Municipal bonds are debt security investments in the daily operations or long-term projects of a state, county or local government entity. In Fidelity’s view, more federal spending on infrastructure could free up local and state government resources, allowing these entities to fund other projects by issuing new bonds.

“The prospect of higher taxes has increased demand for munis so far in 2021 and the issuance of new bonds could increase if the federal government commits to pay for more infrastructure spending,” Fidelity wrote.

Investors interested in buying municipal bonds can do so in several different ways. Individual “munis” are available directly through brokerages like TD Ameritrade or Merrill Edge. Investors can also buy mutual funds or ETFs that invest partially or wholly in municipal bonds. Then again, you can always work with a financial advisor who can find individual municipal bonds or funds that best fit your needs.

There are also a variety of municipal bonds to choose from. General obligation (or GO bonds), for instance, are backed by the taxing power and credit of the government entity that issues them. While GO bonds pay investors back with revenue generated from taxes or completed projects, revenue bonds pay investors back solely with the revenue that completed projects create. 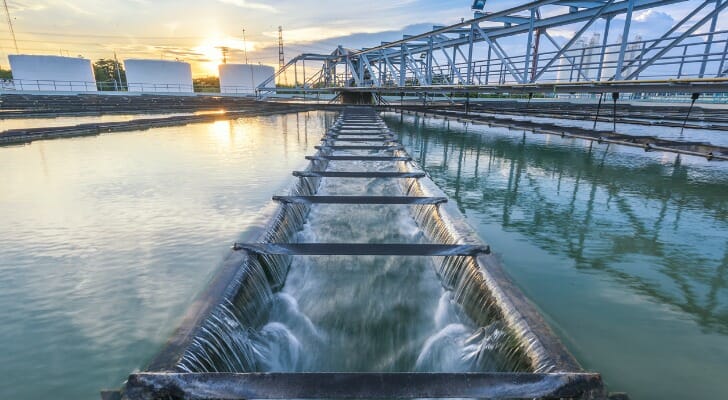 With $105 million earmarked for water infrastructure, Fidelity noted this increased federal spending may create additional opportunities for investors, especially in the innovation space. Janet Glazer, manager of the Fidelity Select Industrials Portfolio, estimated that water industry revenue could grow by 4% to 6% annually, adding that companies creating new technologies within the space could grow even faster.

“It remains to be seen, though, whether any new infrastructure bill would mandate improved maintenance of water systems, or simply send more money to local governments who may have mismanaged their existing infrastructure,” Fidelity wrote.

Investors hoping to capitalize on potential growth within the industry may consider investing in an infrastructure or utility fund (mutual fund or ETF) including the Fidelity Select Industrials Portfolio. These funds invest in electric providers, water and sewage services,  engineering and construction firms, rail travel companies and more.

Here’s a list of some other infrastructure funds investors may consider. Infrastructure funds can decrease volatility within an investor’s portfolio and offer stability, but they do tend to trail the returns generated by the S&P 500.

Like municipal bonds, you can purchase infrastructure and utility funds directly through a brokerage or with the help of financial advisor. You can also hold them within your individual retirement account (IRA).

With the expectation that billions in new projects will be funded through the federal infrastructure bill, investors will be looking for companies and sectors that stand to benefit. Fidelity points to the bill’s investment in internet infrastructure and water systems as good signs for industries that revolve around both. Fidelity also notes that municipal bonds may also provide investors with additional opportunities.