Best Places to Retire on the East Coast 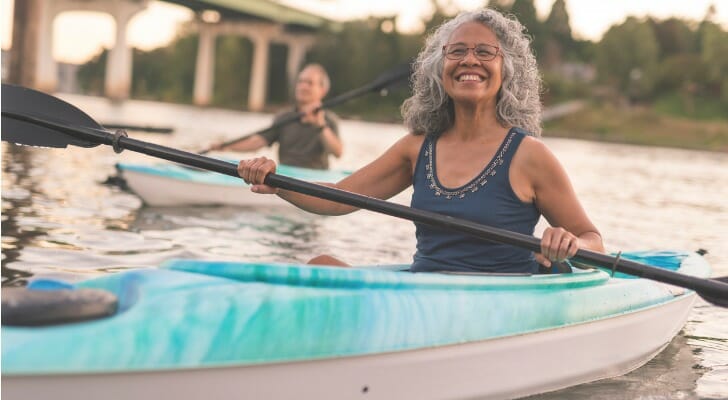 Retirement is the time in your life when you can finally forget the stress of work and just relax. You may find yourself wondering, though, where exactly you want to spend your golden years. If you know you want to settle somewhere near the Atlantic but aren’t quite sure where, this guide will walk you through the best places to retire on the East Coast. Making your dream retirement a reality takes money, though, and saving enough money takes planning.

A financial advisor can help you create a financial plan for your retirement goals.

A number of factors went into determining the best places to retire on the East Coast. Healthcare is obviously very important to seniors, so we considered the number of medical centers per 1,000 residents in each city. Tax burden is also important, especially for older people living on a fixed income or off of retirement savings, so we looked at the overall tax burden in 2018. Activities are also important to a happy retirement, so we looked at the number of recreation centers per 1,000 residents. Finally, knowing that the ability to form a community with likeminded people is important to many retirees, we looked at both the number of retirement communities per 1,000 residents and the percentage of a town’s total population made up of seniors. With that in mind, here are the top 10 best places to retire on the East Coast.

Seniors age 65 and over make up 18% of the population. That’s towards the bottom of this list, but it’s still a decent portion of older people if you that’s important to you. Great Neck is just down the road from New York City, so all of the culture that the city offers — from Broadway to the Knicks — are all readily available.

Seaford is tied for the lowest tax burden of any city on this list. The city’s tax rate comes in at just 11%, so you won’t have to worry about sending too much of your cash to Uncle Sam.

This town is about 15 minutes from the Atlantic Coast, so if you’re a fan of windy days by the ocean then Exeter fits the bill. Beyond that, Exeter has a number of historic churches, including one dating back to the 17th century, and it’s also home to the American Independence Museum.

New Hyde Park is another Long Island town, meaning residents will have access to New York City. Queens and Brooklyn especially are easy drives from New Hyde Park. From the various multicultural neighborhoods and their attendant restaurants to the Barclays Center in Brooklyn for sports and concerts, entertainment is not far from New Hyde Park. The town itself has a tax burden of 18.90%, the second highest on this list. It has 22.99 medical centers per 1,000 residents, the third highest number of medical centers of any city on this list.

However, New Hyde Park does have the second lowest senior population percentage on this list at 14.4%. If you want a town with people of diverse ages, though, New Hyde Park might fit the bill. 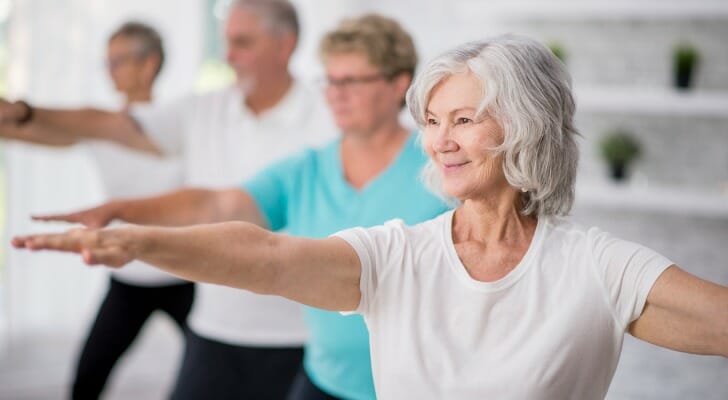 Fairfax, located in Northern Virginia, is an independent city within the larger Fairfax County. Its tax burden is towards the middle of this list at 16.7%, and it comes in fourth in terms of medical centers with 15.55 per 1,000 residents. Fairfax lands in third with 2.91 retirement communities per 1,000 residents.

Fairfax is close to Washington, D.C. and the myriad cultural options that our nation’s capital has to offer, including the Kennedy Center, the Smithsonian museums and the National Mall.

You, too, can be the Prince of Bel Air — the one closer to the Atlantic than the Pacific, that is. This Maryland town does have the highest tax burden of any city on this list at 18.9%, which you should be sure to take into account when calculating your cost of living.

On the plus side, Bel Air has a respectable 11.33 medical centers per 1,000 residents, placing it fifth in that metric. Bel Air is also clearly popular among older people. Seniors age 65 and over make up 21% of the town’s population. Bel Air contains one of Maryland’s Arts and Entertainment districts, where concerts are frequently held. It is also close to both Philadelphia and Baltimore, so both cities’ amenities and recreational opportunities are within easy reach.

Hendersonville comes in sixth on this list with 7.8 medical centers per 1,000 residents. It does have the third highest tax burden at 18.4%, though. The town’s senior population (age 65 and over) 32% of the population.

Hendersonville’s 1.34 recreation centers per 1,000 residents earns it second place on this list, so there will be plenty to do. It is also home to a number of museums, including the Mineral and Lapidary Museum, which has a Tyrannosaurus Rex skull that will surely be impressive to any visiting grandchildren. Hendersonville also topped our list of the best places to retire in North Carolina.

This Delaware town is tied for the lowest tax burden on this list at 11%. It also has 6.66 medical centers per 1,000 residents. While low for this list, that’s not a bad number overall. Just 14% of Newark’s population is made up of senior citizens aged 65 and over.

That means you can expect to be surrounded by people of a variety of ages if you retire here. Newark also has the third-lowest number of recreation centers per 1,000 residents with 0.12. The University of Delaware is in town, though, so there are college sports and on-campus theater and music to keep you busy. 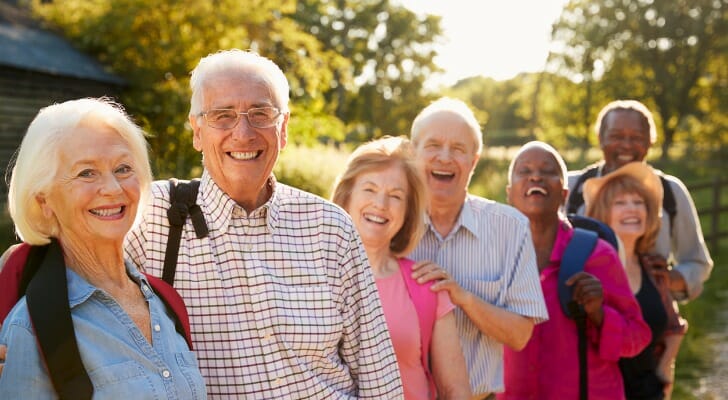 The final city on our list of the best places to retire on the East Coast is another Delaware locale, New Castle. New Castle is tied with the other Delaware cities on this list for the lowest tax burden at 11%. However, it does have the fewest medical centers per 1,000 residents at just 3.54.

New Castle is third in terms of retirement communities with 3.72 per 1,000 residents. The New Castle Historic District has a number of historic buildings, including an arsenal built in 1809 in preparation for the War of 1812.

Turning your retirement into a reality takes money. When considering a place to retire, you should take a look at different financial factors, including tax burden, healthcare facilities and other costs. A financial advisor can help you create a financial plan to pay for your East Coast retirement dream.