How Does Inflation Affect Cryptocurrencies? 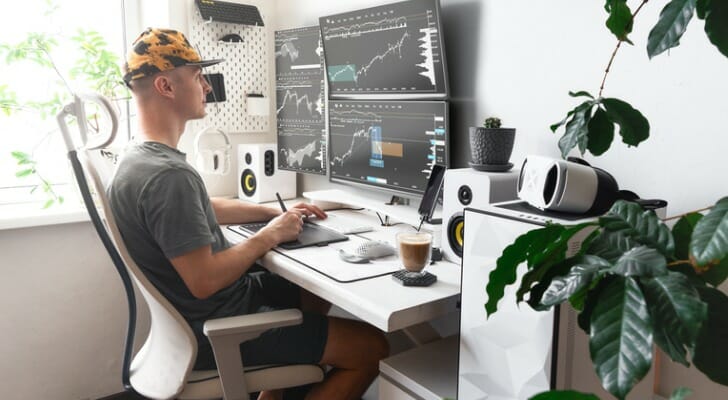 It’s difficult, if not impossible, to confidently say how inflation will affect cryptocurrency. This is because cryptocurrency as an asset has only existed for a little over 10 years. During most of that time, major economies experienced little significant inflation. As a result, the inflationary pressure of 2021/2022 is the first time that investors have traded cryptocurrency during an era of significant consumer price hikes. While we will cover what we know in this article, you may want to consider speaking with a financial advisor who is experienced in cryptocurrency investments to help you decide how to respond during inflation spikes.

Crypto Is Not Currency

With a weaker dollar, they may want to have their cash in Bitcoin and other cryptos to preserve their spending power. This, in turn, will make those cryptocurrencies still more valuable. This is incorrect on several levels. In part, it is observationally untrue. Inflation has reached 40-year highs over the course of 2021 and 2022 while, in that same period, the cryptocurrency market has lost approximately two-thirds of its value.

Relatedly, this is also incorrect because crypto is not and never has been a functioning currency. Neither the IRS nor the SEC recognizes cryptocurrency assets as cash holdings. Instead, the SEC has determined that crypto assets fall into two investment classes:

Assets like Bitcoin, which have a pre-determined quantity and nature, are considered commodities in the same vein as gold and silver. While digital assets instead of physical, they otherwise operate on basically the same principles.

There is an amount of Bitcoin that can exist and which is determined by the asset’s algorithm, just like there’s an amount of gold that can exist which is determined by what’s down in the ground. Bitcoins don’t have an underlying enterprise that would change the nature of the asset. Like gold, silver, iron and lumber, a Bitcoin simply is what it is and investors can buy, own and sell it as the market will bear.

Assets like a utility token or a stablecoin, which can be generated as the underlying project sees fit, are considered securities like a stock or bond. While not traditional assets, tokens operate on the same basic principles as any other securitized asset.

An underlying enterprise creates a group of tokens and sells them on the open market. They can create new tokens or eliminate existing ones at will, and the nature of that token is defined by the nature of the underlying project. A utility token will gain or lose value based on business decisions made by the project that issued it, in a manner almost exactly like a share of stock.

Whether any given cryptocurrency is a commodity or a security, it is not a currency. This means that it will not behave like a currency. Instead, during an inflationary period, investors should expect a cryptocurrency to follow the rules of a high-risk investment class. 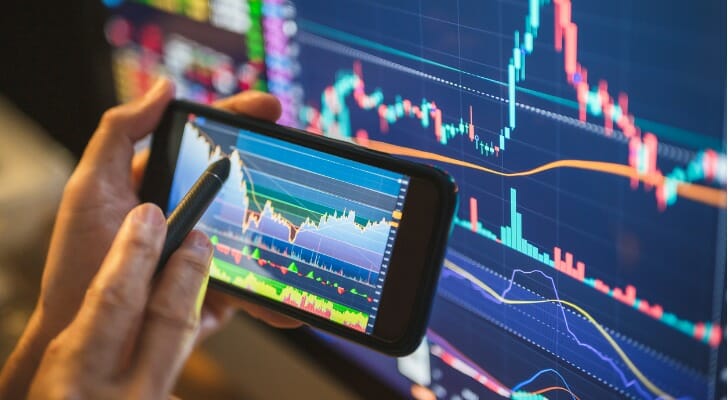 To understand what investors should expect out of cryptocurrency, we need to look at two related questions:

There are a few general answers to these questions.

As a threshold matter, the Federal Reserve typically responds to inflation by increasing its benchmark interest rate. This tends to reduce the demand for speculative investment assets by making secure, debt-based securities more valuable. This also tends to slow down investor activity overall by making liquidity more expensive.

Now, it’s important to note that commodities ordinarily defy this relationship. Most commodities are generally seen as a leading indicator of inflation, with prices rising for raw goods in advance of and alongside inflationary pressures. This is as much causation as correlation, as often the rising price of materials and energy are what propel consumer prices.

However precious metals, the market most similar to Bitcoin and other commodity cryptos, does not tend to have any significant price relationship with inflation. For example, between 2000 and 2011, an era when inflation remained largely stable, the price of gold climbed nearly 600 percent. From 2011 through 2015, when inflation again hovered around the Federal Reserve’s 2 percent benchmark, gold lost almost half of that value.

Instead, precious metals commodities tend to do well during economic downturns. Yet a high-speculation asset like cryptocurrency is more likely to suffer than thrive during a recession.

During a recession, investors seek out stability. Precious metals, from the example above, generally do well in this environment, as much due to the emotion and history associated with gold and silver as any inherent value to the materials themselves. Gold is simply viewed as a stable asset, which is why people seeking stability invest in it, which in turn reinforces this perception of stability.

This is neither the nature nor the perception of cryptocurrency. The commodity cryptos have never established a viable economic use case as a currency. At the same time, no project has ever launched a functioning or successful consumer-end product based on securitized tokens.  These assets operate more like lottery tickets. They promise outsized, if not enormous returns, with relatively trivial investment for investors who can pick the right assets. These investments can do very well in an environment where investors have excess money and feel confident taking risks.

Once investors begin to feel more uncertain about their money they begin to seek out more security. Individual investors, who make up a disproportionate cross-section of the crypto market, are even likely to pull their money out of investments altogether. This can drag down the value of cryptocurrency during an era of inflation, and redouble those losses during a recession.

All of that said, it is worth noting that bond yields and cryptocurrency returns have always offered asymmetric profiles. Investors willing to accept the total loss/explosive growth offered by cryptocurrency may not be swayed by comparatively tiny, yet stable, bond gains. Meanwhile, even with higher yields driven by Federal Reserve rates, most bonds underperform strong inflation. If inflation continues at its current rates, which is far from certain, investors who purchase bonds that return a 4, 5 or 6 percent yield may still see their portfolio losing value relative to an 8 or 9 percent rate of inflation.

These factors could buffer cryptocurrency prices to some degree as investors seek assets that can outperform high inflation, even if that comes with some risk. 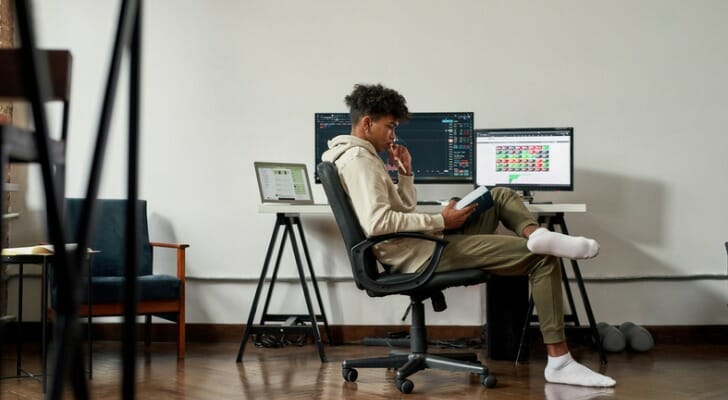 Cryptocurrency as an asset class does not yet have a trading history during periods of inflation, so there’s no data-backed way of predicting how inflation will affect prices. However, investors can make some predictions based on the behavior of other, similarly situated asset classes. Ultimately, while crypto can still be a risk during any market conditions it’s important to work with a financial advisor who has crypto experience if you need help determining when to invest.