Bitcoin: What Is It, History and How to Buy 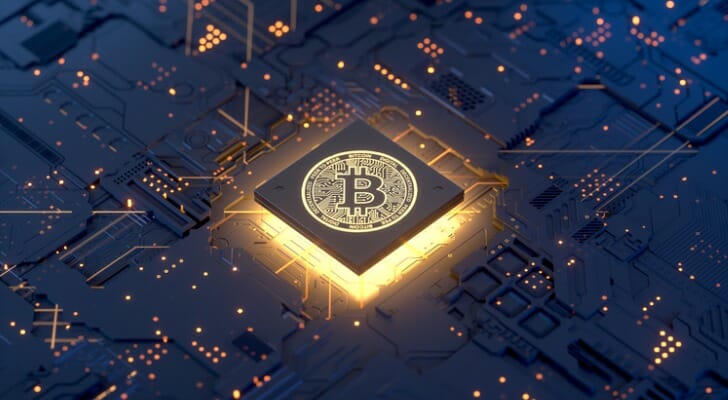 Bitcoin is one of the most valuable and volatile assets on the market. By February 2021 it had soared to an intraday high of nearly $60,000, more than nine times a year-earlier intraday level. Whether you’re interested in this cryptocurrency or other blockchain-based assets as either a currency or as an investment, bitcoins can be bought online, at an ATM and even in person. Here’s what you need to know about each of these options. However, before you dive into cryptocurrency investing consult with a financial advisor who can help you avoid costly mistakes that some retail investors make.

Bitcoin is the first decentralized peer-to-peer payment network powered by its users with no central authority or middlemen. It is also the most prominent triple-entry bookkeeping system in existence. Like other cryptocurrenies, it’s built on a database that uses a coding format called “blockchain,” which is a public ledger containing every transaction ever processed.

Blockchain databases let users store information securely but in a manner that third parties can see the information stored in the database without being able to change that data. Further, cryptocurrencies are created and exchanged independent of the banking system or government authority. Bitcoins get their value – which can vary drastically – based on supply and demand.

A single bitcoin is known as a token. This token is not a physical asset. Rather, the Bitcoin database has recorded that a specific number of tokens exist. When you buy a token, the database then adds an entry to indicate that you now own this particular token. So, for example, if you were to buy token ABC123, the database would then update so its record read:

Everyone in the world can see who owns Token ABC123, but the Bitcoin database will only allow the token’s current owner to transfer it (again, by editing the ownership information). When you buy a bitcoin token what you receive is that token’s private key. This is an alphanumeric string that allows you to access and edit the ownership of a bitcoin token. Like cash, whoever holds the private key of a bitcoin token functionally holds the token itself. If the key is stolen, you can’t stop someone from spending that token any more than you could stop them from spending a stolen $100 bill.

How to Buy Bitcoins

There are a number of ways to gain exposure, direct or indirect, to Bitcoin with exchange-traded funds and the number is growing. For example, VanEck is awaiting a response to its recent filing of an application with the Securities and Exchange Commission to launch the VanEck Bitcoin Trust, which would trade on the CBOE BZX Exchange.

Keep in mind that you can buy fractions of a bitcoin through several platforms, including Coinbase.

Here are three common ways to buy and sell bitcoins:

Through an Online Exchange 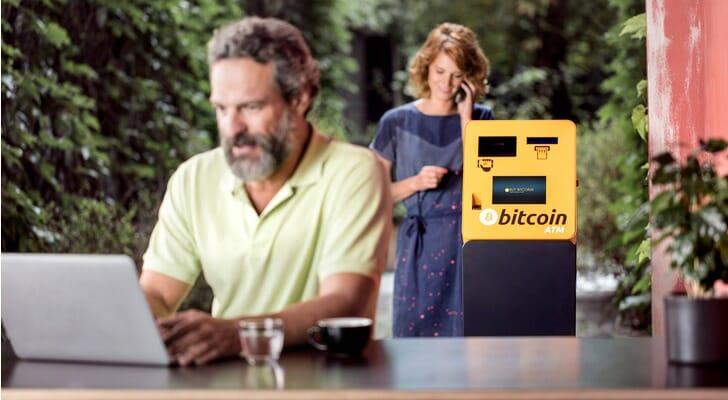 The most common and secure way to buy bitcoins and any cryptocurrency or blockchain token is through an online exchange. These are online marketplaces where people buy and trade cryptocurrencies. There are a large number of exchanges and most of them specialize in different aspects of this industry. For beginners, CoinBase is a popular and well-known cryptocurrency exchange.

When you use an exchange you will first create what’s known as a wallet, which will hold the private “keys” that give you access to your bitcoins and other blockchain tokens. The most common option is simply to keep the wallet stored on the exchange’s servers. You will then link up a payment method, typically through direct draft from a bank account. You will find and trade your bitcoins on the exchange’s marketplace. The purchase price will be deducted from your linked bank account and the private key granting access to your new coin will be stored in your wallet.

Keep in mind that wallets stored on a server, in what is known as hot storage, are vulnerable to hacking. That’s because hot storage wallets are subject to a third party’s security. However, they also come with tech support. If you misplace your login credentials, there are ways to recover access to your account.

At time of writing there were more than 14,000 bitcoin ATMs in service around the world. A standard bitcoin ATM allows you to buy bitcoins, typically either by using cash or a debit card. You will select the number of bitcoins you’d like to buy, enter your payment and then receive your bitcoins. Some Bitcoin ATMs also allow you to sell your coins.

Depending on the specific device, the ATM will ask you how you would like to receive the private key that gives access to your purchased bitcoins. Some allow you to enter the information for an online wallet, like those created on an exchange, while others may send the key to your e-mail address. Still other ATMs will even print the key out in hard copy.

Bitcoins can be traded in person, using what’s called cold storage. This means that the private keys for someone’s bitcoins and other cryptocurrencies are kept offline. Some people will store this information electronically, using devices like a portable hard drive or even a flash drive to store the private keys that control access to their bitcoins. Others store this information in hard copy, in which case the user will physically print off the alphanumeric key for their bitcoins or a QR code that can be scanned to produce the key. Then, if they want to access their bitcoins, they physically enter this key one digit at a time.

Cold storage has the advantage of being unhackable, but there are two risks. One is that people sometimes forget or just lose their cold storage blockchain keys. The other is that in-person theft is a possibility. So only make in-person transactions in situations of absolute trust.

Bitcoin is the first implementation of a cryptocurrency, which was first described in 1998 by Wei Dai on the cypherpunks mailing list, suggesting the idea of a new form of money using cryptography to control its creation and transactions, rather than a central authority.

Bitcoin went public on Jan. 3, 2009. It’s creator used the name Satoshi Nakamoto, and as befits a product that guarantees its owner near anonymity, Nakamoto’s real identity has never been confirmed.

To say the price of a bitcoin has been volatile would be an understatement in the extreme. In April 2011 it changed hands for $1. In December 2017 it closed at $19,140.80. By December 2018 it was down to $3,254.84. Barely two years later, in February 2021, it changed hands for north of $50,000. In April its price topped $63,000. But the next month it tumbled to $30,000 on negative comments from Tesla founder Elon Musk and China’s announcement that it was banning financial institutions and payment companies from providing services related to cryptocurrencies.

The value of Bitcoin also fluctuates with the perceived value of fiat currencies like the U.S. dollar, the technological evolution of Bitcoin (since its an open-source technology) and political developments, to name some of many factors affecting its value.

How to Mine Bitcoin

Bitcoins are made through a process called “mining” that involves the use of computers to solve extremely difficult mathematical equations. Once the problem has been solved, the computer generates a specific number sequence that’s assigned to the bitcoin.

Bitcoins are created at a decreasing and predictable rate. The number of bitcoins created each year is automatically halved over time until bitcoin issuance halts completely with a total of 21 million bitcoins in existence. At that point, Bitcoin miners will probably be supported exclusively by numerous small transaction fees.

Should I Trade or Sell Bitcoin?

Bitcoin can be an option for a retail investor who is able to survive its value plummeting. Many people who own bitcoins have likely booked serious profits. But just as clearly, it is likely many people have suffered significant losses from their investment in the world’s best-known cryptocurrency.

If you decide to dip your financial toe into blockchain waters, make sure you understand how a wallet functions and how you plan to keep your key absolutely secure and always  retrievable. 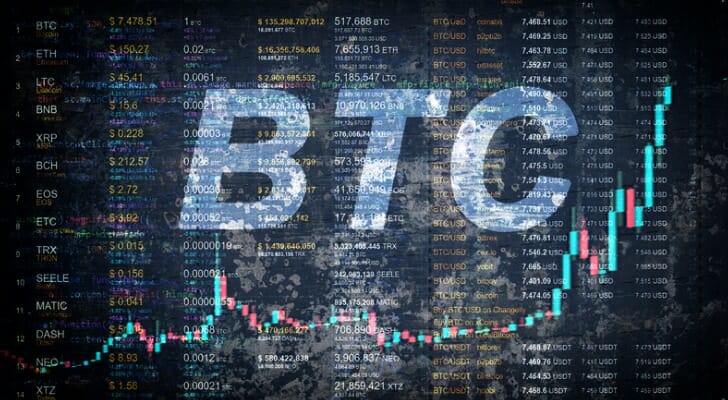 There are three main ways to buy bitcoins, one of the most well-known cryptocurrencies. Online exchanges are the most common and generally the safest options, but you can also buy them from dedicated bitcoin ATMs and through in-person transactions. Each of these options has its own advantages and risks so be sure you understand what those are and precisely why you are using any particular one of them.