Should You Invest in Gold for Retirement? 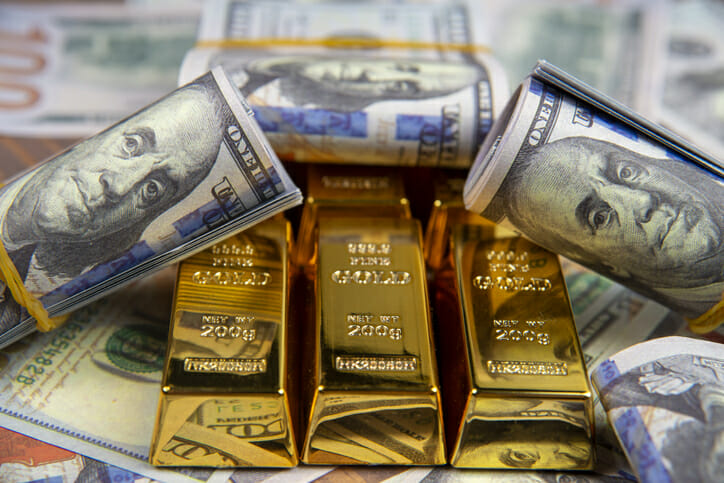 Many investors believe that gold is a safe long-term investment that can be used to hedge against risk. But should you include this precious metal in your retirement portfolio? Gold can be a highly volatile asset, with an unpredictable price that rarely correlates with stable growth. And this makes it a poor choice for the kind of dependable, long-term investing that retirement demands. Here’s what you need to know.

A financial advisor could help you create a financial plan for your investment needs and goals.

The History of Gold as an Asset

Gold is a commodity, which is defined as a raw material like an agricultural product, a mineral or ore. Investors buy commodities largely for two reasons. In some cases, they want the commodity for practical purposes. For example, a roaster might buy coffee futures because they want to use those coffee beans and are trying to set their prices in advance of taking physical possession of the beans. In other cases, investors may want the commodity for financial purposes. For example, a fund might buy coffee futures because they think the price of beans will go up and they intend to sell this contract when it does.

For financial investors, the value of a commodity is based on its market price. This market price, in turn, is determined by a wide variety of factors. If you invest in agricultural commodities, for example, the weather and growing season can determine current prices. A bumper crop will drive prices down, while huge storms can wipe out crops and drive scarcity, pushing prices up. Prices will depend on the use of a commodity, with demand pushing prices up as customers want more of a given product, as well as technology, politics, production bottlenecks and any other number of issues.

But, put simply, the more people want something and the less of it there is, the more investors can expect those prices to rise.

Precious metals of all classes are commodities as well. Gold is a raw material. (It’s literally an element, atomic symbol AU). However, it occupies a unique place among commodities. People invest in gold, well, mostly because it’s gold.

Gold is almost entirely associated with the history of money. For thousands of years, nations around the world used gold and silver as the basis for their coinage and monetary systems. Gold has always been particularly popular due to its specific chemical nature. This metal does not tarnish or wear out the way that most metals, such as silver, do; a gold brick from 1,000 years ago might be dusty, but it will be just as luminous as the day it was minted. It is soft enough to shape relatively easily, even with ancient methods. It is common enough to use in money, but rare enough to have value.

Perhaps most importantly of all, it has almost no other practical uses. The same malleability and rarity that makes gold good for coins also makes it almost useless for any form of metallurgy or construction. You can’t build with it or use it for a weapon or armor, which means that an active economy won’t consume its stock of gold over time. This makes it a relatively stable store of value.

Today, no modern economy uses gold as the basis for its monetary system. This practice became obsolete during the industrial revolution with the modern experience of economic growth. Miners can only pull gold out of the ground so quickly. In a medieval economy this was a largely stable system, since economies grew slowly by modern standards.

Once economies could count on significant annual growth, though, a nation’s productive capacity quickly began to outstrip its supply of precious metals, and therefore its money supply. (Basically, if your GDP grows by 2%, you need miners to literally dig 2% more gold out of the ground every year to keep prices steady.) This was a recipe for long-term deflation, coupled with bouts of inflation any time a gold rush struck. That in turn led to financial instability and recession, which was why most nations informally obsolesced their gold standards in the 19th century and formally did so in the 20th.

Today, gold as an asset derives most of its value from this historic tie to money. It has some limited properties as a semiconductor, as well as uncommon uses in pharmaceuticals, but overall a modern economy consumes very little gold for production and manufacture. Jewelry is the most common use, but this is ultimately a form of wearable storage. You can melt down a ring and return it to the market at little cost and with no change to the underlying metal.

As a result, gold’s main use is still as a store of value. People hold it not for its inherent utility but for what someone else will give them in exchange for that gold at a later date. Like any other investment asset, if the price of gold increases over time it is a good investment. If prices decrease over time, it is a bad one.

How Does Gold Perform as an Investment? 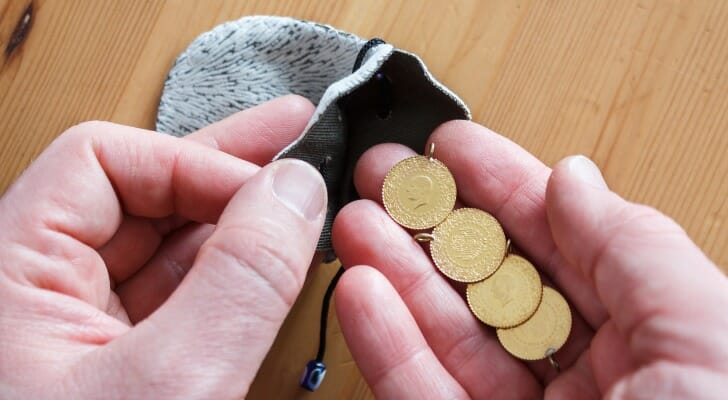 The problem with gold is that its price changes unpredictably. It has more volatility than the market at large, with fewer predictors, and is much more likely to enter periods of decline. Where the stock market may briefly decline during a recession, it will then resume growth based on overall economic growth. But gold can lose its value and often takes years to recover lost ground.

Like almost every other asset in the U.S. economy, gold has undergone a very rapid expansion over the past 20 years. The S&P 500 alone has climbed from around 1,000 points in the early 2000s to highs over 4,600 in 2022. Gold prices have experienced a similarly rapid expansion. For most of the late 20th century, it was valued at around $400 per ounce and fluctuated within a range of about $100.

This would be a strong argument in favor of gold as an investment, except that the same rapid expansion has happened across stocks, bonds, real estate and most other major assets. The economy has simply grown quickly and, with it, the investors’ ability to place their money in assets. The Dow Jones Industrial Average has nearly quadrupled in value from what it was worth in the late 90s, and real estate prices have doubled in the last 10 years alone. Gold has increased in value, but not at a more significant or rapid rate than any other major investment asset.

Much of this unpredictability is driven by the fact that gold is a commodity without utility. Any other commodity can be priced, if nothing else, based on demand in the marketplace. If you are sitting on barrels of coffee beans, you can predict some price stability based on how much people want coffee. This is only one element in a complicated pricing system, but it provides a baseline for trade. No matter what else happens, Starbucks is going to need a minimum amount of beans to meet demand. Even other precious metals, like silver, platinum and palladium, have industrial uses that affect their prices.

Not so with gold, where the price of this asset is almost entirely determined by what other investors choose to pay for it.

The only significant predictor to the price of gold as an asset is that it tends to move counter-cyclically to the stock market. People usually invest in gold when times are bad, and liquidate gold when times are good. Prices per ounce climbed while the market fell in 2007, and generally did quite well in the middle of 2020. For many investors, this is an asset of last resort.

As a retirement asset, then, this gives gold a very marginal utility in your portfolio. Holding some limited amounts of gold can be useful as a counterweight. It will give you a potentially valuable asset during market downturns. However, gold should not make up a significant portion of your holdings. It is an unpredictable investment, with no ties to fundamental value that can use to make wise decisions. While it has grown in value over the years, you would have seen equivalent or better growth with a simple S&P 500 or Dow Jones Industrial Average, without the rapid price swings or potential for significant decline. And while we can recommend some holdings of gold for their counter-cyclical properties, more stable assets such as bonds can provide the same value – without the volatility.

All in all, gold is a metal with a fascinating history and a beautiful shine, but not much place in your portfolio. 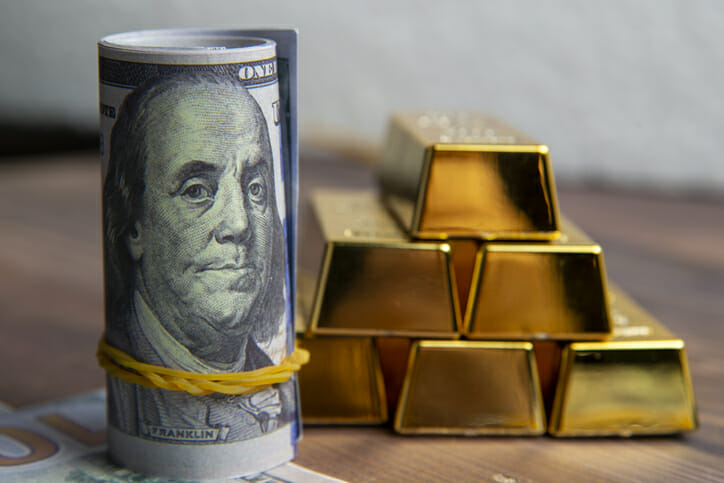 Gold is generally not a good investment, especially not for a retirement portfolio. While it is somewhat useful as a counter-cyclical asset, and it can be used as a store of value, it is volatile and periodically experiences large price drops. Investors saving for retirement should generally steer clear.