How Is the US Going to Pay for All This Stimulus Spending? 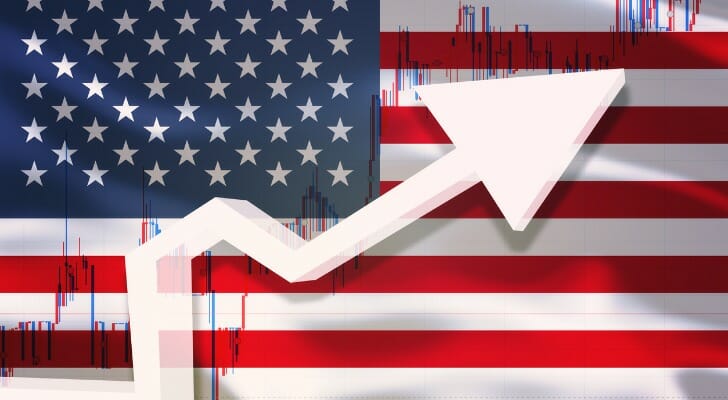 At time of writing the United States owed $19.3 trillion in public debt. It owed another $5.9 trillion in debt held by its own agencies. Together, these figures come to a national debt of $25.2 trillion. With substantially more coronavirus spending almost certainly still to come, 2020 will be one of the most expensive years in U.S. history. As a percentage of gross domestic product (GDP), the coronavirus response has already pushed government spending to its highest levels since World War II (the single most expensive event in U.S. history). How is the United States going to pay for all of this?

Fundamental to understanding the national debt is understanding a common mistake: The government does not follow the rules of household finances. One of the reasons for this is the importance of U.S. debt to global markets. Both private companies and foreign governments use American securities as a way to store capital, putting millions and billions of dollars into Treasury bonds, bills and notes, secure in the knowledge that they will get this money back.

In addition, foreign governments and companies buy U.S. securities as a source of U.S. dollars. The dollar functions as the world’s reserve currency, and owning, selling and collecting the interest on these assets ensures ready access to dollars.

These two factors (among others) have made U.S. debt instruments essential to global banking and business. For that to continue to work those debt instruments must continue to exist. If America paid off its debt, there would be no Treasury bonds to generate interest for foreign governments and no Treasury notes for companies to store value with. This is one of the reasons why the U.S. can generally get very favorable interest rates. The people who buy U.S. debt need those instruments almost as much as the U.S. does.

This is not a normative statement on the value of paying off debt. Nor is it a policy argument for whether or how much the U.S. should pay. The scope of issues raised by the national debt are complex and beyond the scope of this article, but also very real. It is a balancing act: When deciding how to approach the national debt, the government weighs its interest payments and debt concerns against the need to keep a substantial amount of U.S. securities in circulation. The result is that America will pay off some of its debt, but global finance depends on the country never paying off all of it.

When it comes to actually repaying borrowed money, the U.S. has two main options. The first is repayment through fiscal policy.

Repaying the debt through fiscal policy is what most people think of when they refer to paying down the debt. This means setting aside a portion of the federal budget and using it to make payments on principal and interest. To do this Congress would have to find the money to spend on debt service. Since the government has not run a budget surplus since 2001, this would require one of two things:

Taxes are the main form of revenue for the federal government, with most of its revenue coming from personal and corporate income taxes. (Since the 2017 tax cuts, individual income taxes have dominated federal revenue by a fairly wide margin.) By raising taxes the government can increase its revenue. This would close the gap between how much Congress spends and how much it takes in, allowing it to dedicate a greater percentage of the federal budget to debt.

The other way to manage deficits is through spending. By cutting spending, the government can also close the gap between how much it takes in and how much it spends. With less revenue earmarked for spending programs, Congress can then dedicate a greater percentage of the federal budget to paying down debt. 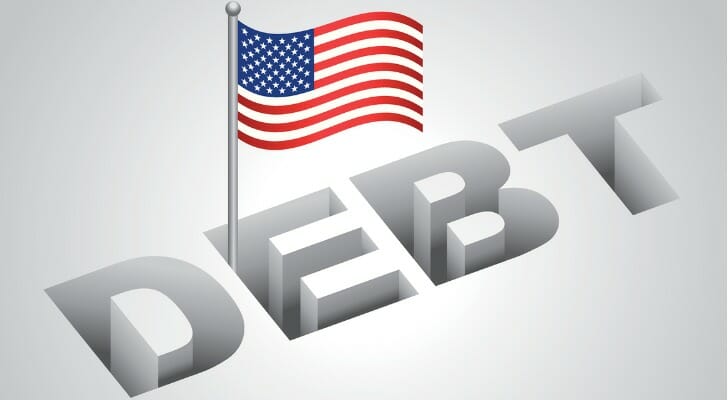 The second option for repaying the national debt is through what is known as monetary policy. This means that, rather than raising taxes to generate revenue, the government simply creates the money it uses to pay down debt. Since the U.S. borrows in its own currency, and can create more of that currency at will, it isn’t actually possible for the country to default on its debt except by choice. At any given time Congress can authorize the Treasury to print the dollars it needs to pay any debt.

This is a process which the Federal Reserve has already renewed during the current coronavirus crisis, buying U.S. debt and exchanging it for new money.

In the U.S., this is the preferred process for paying debt through monetary policy. Congress has not historically allocated new money into the budget for paying down debt directly, instead relying on the Federal Reserve.

The constraint to monetary debt service is inflation. By creating new money the government introduces additional capital into the marketplace. This can be a good thing under some conditions, and it can pass unnoticed in others. Often a national economy can absorb more money without any impact. In some cases, if a national economy is undercapitalized, adding new money can actually be very good for an economy.

However if the government introduces too much new money it will create an imbalance between the spending power of consumers and the ability of the economy to produce new goods and services. When this happens it starts an inflationary cycle, pushing up prices and eroding the value of savings. This can be difficult to stop once it gets started, which is why policymakers tend to be very cautious before authorizing the Federal Reserve to pay debt by fiat.

Inflate Away the Debt 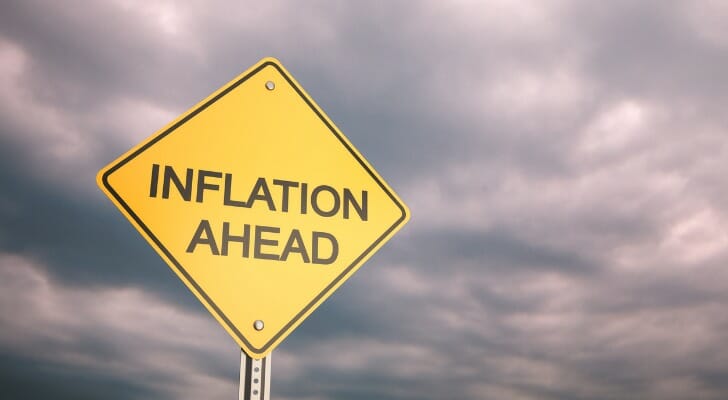 While inflation erodes buying power and savings, it also eats away at something else: debt. One of the features of an inflationary cycle is that, while the value of money goes down, the principal on debt stays the same. This makes it much easier to pay off debt as time goes on.

This fact has not been lost on the U.S. economy. In fact, the last time the United States borrowed this heavily to pay for a crisis, which was after World War II, inflation played a key role in making that debt go away. Inflation erodes the value of all long-term debt. It makes debt easier to pay.

Again, this should not be mistaken for a normative or policy argument about whether the United States should pay the national debt. However, it is important to understand this issue in its full context. The U.S. can pay the national debt through fiscal policy (raising revenue or cutting spending). It can also do so through monetary policy (increasing the money supply). However it must also balance those options against the twin realities that the value of this debt will erode over time, and that the global financial system needs at least some U.S. debt to survive.

The U.S. has borrowed heavily to pay for the coronavirus relief spending. It can pay that debt off by fiscal means or monetary means. The former entails generating revenue and cutting spending while the latter entails, essentially, printing new money. These are not mutually exclusive options for the government, as is evident in the government’s response to the pandemic.