All You Need to Know About the National Debt 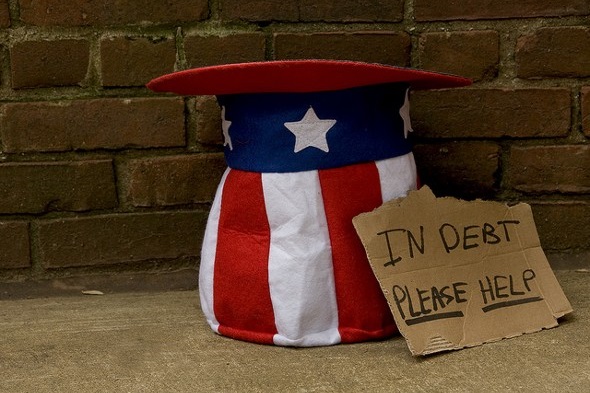 The day George Washington took the oath of office and became the first President of the United States, in April 1789, the national debt was about $70 million. Alexander Hamilton, who was the country’s first Treasury Secretary, said that year,”A national debt, if not excessive, will be a national blessing.”

By 1791, Hamilton estimated the national debt to be a little over $77 million, which would be about $2 billion today. As a country, we’ve never been without a national debt, and in the first 50 years of independence, the amount fluctuated somewhat but has steadily increased over time.

Who Lends Money to the US?

The national debt has always been funded the same way: through bonds. The United States Treasury Department regularly issues bonds that are sold in $1,000 denominations in lots of $5 million or more.

The bonds are first sold through both a competitive and non-competitive bidding processes. Interest rates are set by the Treasury or as part of the bid process. The bonds are then resold to investors with a typical maturity date of 10 years or more. Because the bonds accumulate interest, they function in much the same way as a loan that you would get from a bank. In this case the person buying the bond is the bank lending money to the government and earning interest.

How Does the Debt Get Reduced?

Since the national debt is tied to spending and income, the size of the debt can decrease only when income is greater than spending and the surplus is used to pay down the debt. There are complex political and economic factors that determine how much money the government spends and how much it takes in.

How Does the National Debt Affect You?

There are several ways the national debt directly affects every American. When the rate of debt growth exceeds population growth, interest rates on bonds go up, which means a larger percentage of tax revenue (income) must be spent to make interest payments. This results in fewer tax dollars being available to spend on government services.

The Ten Most Politically Engaged States

In the entire history of the United States, the country has never been debt-free. And it most likely never will be. That said, the long-term health of the country’s finances is tied to keeping the rate of growth of the national debt under control, and that means periods when the total amount of debt decreases.