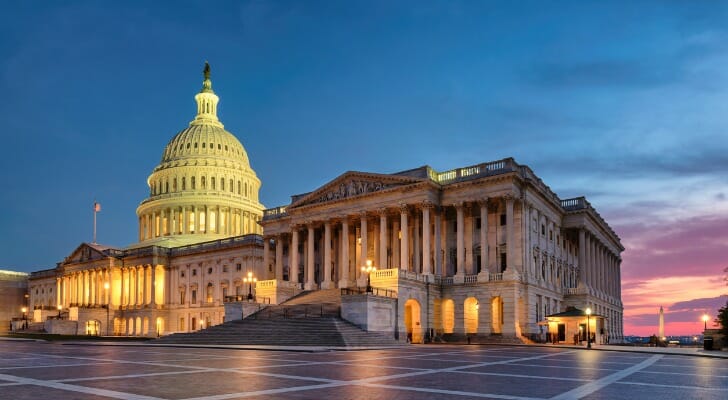 Most people experience government spending through its fiscal policy, which refers to how a government takes money or spends it. The former happens through taxation, while the latter might include purchases of equipment and facilities and direct hiring.

The goal of fiscal policy is to help shape the economy by acting as what’s known as a “market participant.” Congress acts as a consumer or employer on a massive scale, and in doing so tips the balance of hiring and demand nationwide. Note that, unlike monetary policy, state and local governments can enact fiscal policy as well.

The government has two main tools to influence the economy: fiscal policy and monetary policy. Monetary policy refers to government changing access to the money supply, shifting interest rates or changing the supply of money. It’s the domain of the U.S. central bank, known as the Federal Reserve. Fiscal policy refers to government initiatives to influence the economy by either spending or taxing. It’s the domain of Congress.

The Economy and Demand

According to the influential Keynesian economic theory, slowdowns are caused primarily by a shortfall in demand. This means that, for any number of possible reasons, consumers have begun spending less. This causes businesses to lose revenue and income. In response they generally lay off workers, reducing their expenses to meet the slowdown in demand, which leads these newly unemployed consumers to cut back on their spending even more in a vicious cycle. 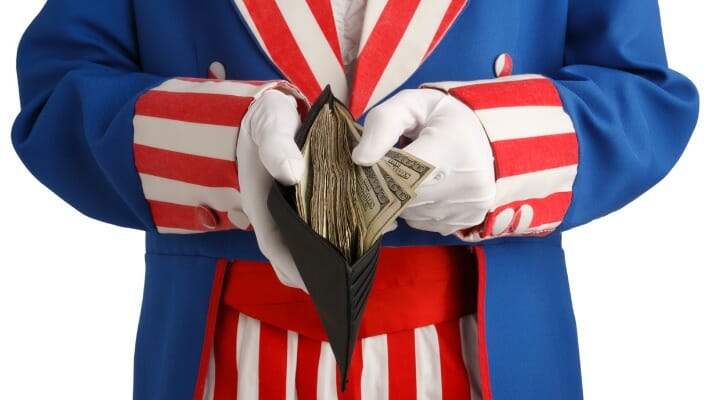 When the economy slows down, whether from a sudden shock or a gradual process, Congress increases spending relative to taxation to put more money into the economy. It does this either by increasing spending or cutting taxes or both. The goal is to create what economists call a “virtuous cycle.” This works in three main ways:

By cutting individual taxes, Congress can put more money in the hands of consumers. By hiring workers, it can do the same thing. In both cases, this gives individual consumers more money to spend. Ideally, consumers then spend that money at businesses, causing those businesses to hire more workers to respond to the increase in demand.

By buying goods and services from business, Congress can directly increase demand. Ideally, these businesses will then hire workers to meet the new orders. Those workers will then have more money, which they can then spend at other businesses. Ideally, this will create a cycle of hiring and rising demand.

By cutting corporate taxes, Congress can put more money in the hands of businesses. This stimulates businesses to spend money by hiring, buying equipment (capital expenditures) or expanding their operations. The new spending and hiring will in turn create demand elsewhere, leading other businesses to hire in an ongoing cycle. This is a core tenet of what is called “supply side” economics.

Economists debate which form of expansionary policy works best. However, most mainstream economists agree that expanding business liquidity does relatively little to grow the economy during a shortfall in consumer demand. Businesses spend money when they have customers. When they don’t, businesses tend to invest the money in securities or return it to investors in the form of dividends, or both, until consumer demand justifies hiring and expansion.

Under contractionary fiscal policy, Congress tries to fight inflation by slowing economic growth. It does this by adjusting spending-to-taxation ratios. Put another way, Congress taxes more than it spends on programs.

When an economy grows workers gain spending power. This is generally a good thing, as it indicates rising standards of living overall. The goal of economic growth is to allow everyone in the economy to share in prosperity.

By raising taxes, the government can reduce inflation. 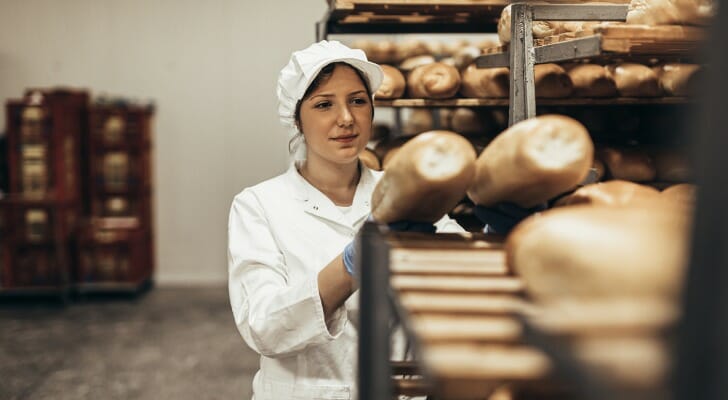 To understand fiscal policy, it may be most helpful to consider a hypothetical small-scale economy.

Say that we have a baker and an economy with 10 employed people in it. Every day, the baker makes 10 cakes and sells them for $1 apiece. Everybody buys one cake per day.

A recession occurs. Now our economy only has eight employed people in it, so two people stop buying cakes. Our baker’s income falls to $8 per day. She lays off staff to compensate. Now our economy has seven employed people in it. Fearing future layoffs, other consumers stop buying cakes. The baker now sells only six cakes per day and lays off someone else.

This is a recessionary cycle. To break it, the government starts buying two cakes per day. The baker re-hires a member of her staff. Our hypothetical economy now has eight employed people in it, allowing more people to buy cakes, allowing the baker to hire still more staff.

However, we have gone too far. All 10 people in our economy are employed, but the government still buys two cakes per day while the baker can only make up to 10.

This means that two people per day cannot buy a cake. We have exceeded the economy’s productivity. So they offer to pay the baker $2 instead of $1 for a cake. The baker agrees, and the price of a cake goes up. Now the baker is making more money, so she raises her staff’s pay. Every day two people still go without a cake, but now consumers have more money in their pocket thanks to the raise. So now the last two people offer to pay $3 for a cake. The price goes up again.

This is an inflationary cycle. To break it, the government stops buying cakes and raises taxes. Now consumers have less money to spend. They can’t afford $3 cakes, so the baker drops her prices back down to $2, then to $1.

Fiscal policy, unlike monetary policy, occurs when the government participates in the marketplace. To help cool down an overheated economy, it raises taxes so people and businesses will spend less. To help stimulate a sluggish economy, the government spends money hiring people and buying goods and services.

Tips for Investing in a Changing Economy