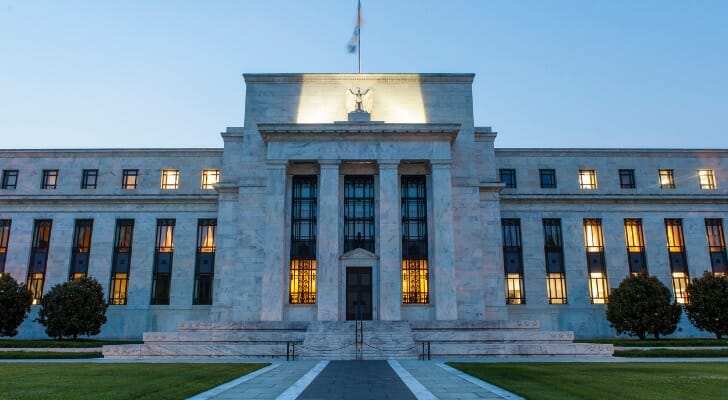 When it comes to fixing an economy, the government has two main tools at its disposal: monetary stimulus and fiscal stimulus. This isn’t the limit of what a dedicated government can do, but most economic relief packages fall into these two categories. With the US government employing both strategies to stimulate a flagging economy in the face of the coronavirus pandemic, it’s useful to understand how it works. Here is what you need to know about these two primary tools the government has to fix or revive an economy.

Monetary and Fiscal Stimulus: An Overview

Monetary stimulus describes actions to manage an economy’s money supply. Actions that make it easier to get cash and loans, to increase the supply of currency or reduce the interest charged by lenders, all fall under the umbrella term monetary stimulus. It is generally managed by a country’s central bank. The Federal Reserve plays this role in the United States.

Fiscal stimulus describes actions to boost an economy through increased spending. When a government spends money by starting projects, hiring people or making purchases, this all falls under the umbrella term of fiscal stimulus. So, too, does distributing money for consumers and businesses to spend. Fiscal stimulus is distributed by a country’s government. Congress and the governments of each state play this role in the United States.

Monetary stimulus occurs when a central bank tries to boost the economy by managing the supply of money. In almost all cases this means that the government will try to increase the total amount of money in the economy and decrease the cost of accessing it.

Monetary stimulus works by adding new money to an economy or by making it easier to access that capital. Typically this works in one of two ways. The first way, and more traditional in the United States, is to make lending cheaper and easier by reducing interest rates. As rates go down, more businesses can afford to borrow money that they’ll then spend elsewhere, helping to move the economy along.

The second way, less traditional in the United States but more common in recent decades, is to simply inject additional cash into the economy, for example, with massive bond purchases. Literally the government will create more money, typically distributing it to banks. This makes money cheaper (because there’s more of it), encouraging businesses to spend it more freely.

During a recession, business falls into what economists call a “negative feedback loop.” Essentially, as the economy slows down, businesses start to lose customers. With less revenue, they cut back on costs by laying off workers. Those workers now don’t have any income, and everyone else fears getting laid off a little more, causing people to save their money instead of spending it. This, in turn, causes the economy to slow down and businesses to lose even more customers.

Among the many problems this creates is the fact that much of an economy’s productive capacity goes to waste. Factories stop producing goods because there’s no one to buy them. Workers who could provide valuable services can’t find any customers. If someone had the money to hire those workers and buy from those factories, they could spring into action. They are only idle because no one has the cash in hand to pay them.

So, monetary policy tries to put that cash into people’s hands. By making loans cheaper or simply flooding the market with extra capital, the government tries to make it easier for businesses and consumers to spend money.

Ideally, this will put those idle workers back to work and create what is known as a “virtuous cycle.” By adding extra money to the economy, cash gets cheaper and easier to get. This makes it more likely that businesses and individuals can get that money and spend it at other businesses. Those businesses will hire workers to meet that new demand. These newly hired workers will, in turn, now have more money that they can go out and spend at other businesses, restoring strength to the economy overall. 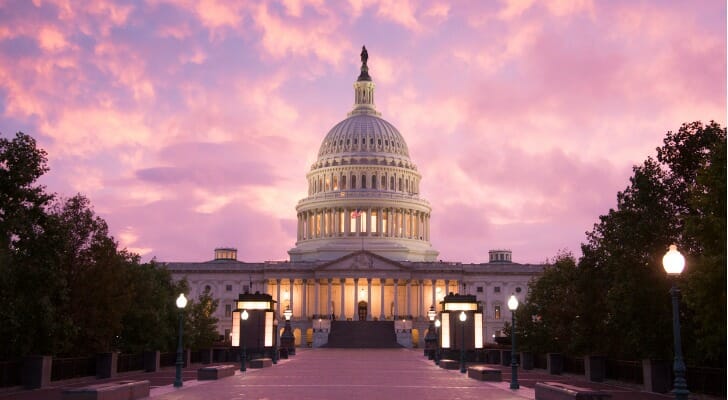 Fiscal stimulus is when the government tries to boost an economy by directly spending money. This is distinct from monetary stimulus in that the amount and value of money in the economy remains unchanged. (Although as a general rule, during a recession governments typically enact both economic and fiscal stimulus at the same time.)

Fiscal stimulus works through direct spending. Typically this works in one of two ways. Most commonly, a government increases its spending and hiring process. The government will launch new projects, buy more supplies and equipment, and hire more workers. As spending goes up, businesses hire new workers to meet this demand.

The second approach, used during the Great Recession, is to send consumers (and less often businesses) cash directly. This has become known as a “stimulus check.” The government sends to individuals, hoping that they will then go out and spend that money at businesses. Those businesses, then, will hire workers to meet the new demand, in the process putting money into the hands of those newly hired workers. Once again, ideally, this can generate a virtuous cycle that improves the economy overall.

How It Helps An Economy

At the heart of all economics is a simple observation: One person’s spending is another person’s income. This is what generates the negative feedback loop of a recession; as spending falls off, incomes decline apace. It also leads to the virtuous cycle of an expansion; if spending picks back up, incomes rise in turn.

While monetary policy is designed to generate conditions that lead to more business and consumer spending, fiscal policy is designed to replace that spending outright. During a recession, businesses lay off workers that they don’t need. Others close for lack of revenue. At the heart of this is a lack of demand. Simply put, there aren’t enough customers spending money to keep people at work and businesses open.

In response to this, the government can act as what’s called “the spender of last resort.” When consumer demand falls off, the government uses fiscal policy to replace it. The government will buy the products and services that consumers are not, allowing businesses to stay open and retain employees to meet those purchase orders. Or the government hires workers directly, once again keeping those workers employed.

The government can also act as a payer of last resort. In this form of fiscal stimulus, rather than acting to keep workers employed, the government acts to keep consumers spending. The government will send money directly to households, so those households can use that money to replace lost spending power. This, too, leads to people buying products and services, which allows businesses to stay open and retain employees.

In a nutshell, fiscal stimulus aims to replace the business activity lost during a recession. If it works, the government continues this spending until consumers have regained enough confidence and spending power sustain demand without intervention. 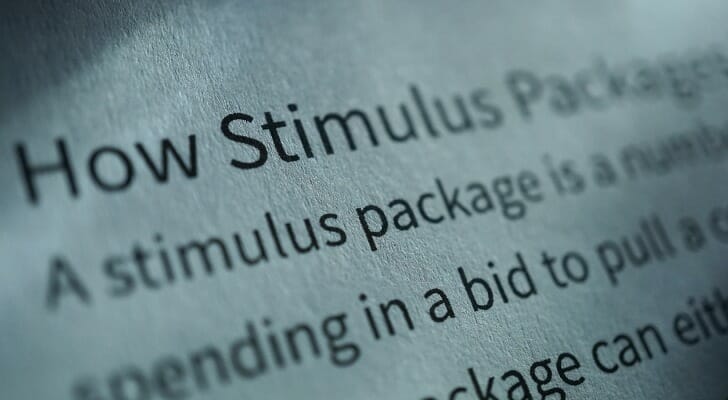 Fiscal and monetary stimulus plans each have their challenges.

Monetary stimulus can work well during moderate recessions, but has historically had limited success at preventing or repairing significant economic downturns. In recent years it has also tended to have a stronger connection to increased stock prices than employment and median income. Much of this has to do with the fact that monetary stimulus simply cannot replace missing demand.

Put another way, no one is opening or expanding their business if they don’t have customers, no matter how low interest rates are.

Fiscal stimulus historically has proven very successful at preventing or repairing economic downturns. The oft-cited example that World War II helped lift the United States out of the Great Depression is, in fact, an example of enormous fiscal stimulus. The government hired and spent at a rate that dwarfed any of its projects during the Great Depression, which created enough individual spending power to finally get the economy steadily growing again.

The problem with fiscal stimulus is that it is extremely expensive. Again, breaking the nation out of the Great Depression took the economic mobilization of World War II. Under President Barack Obama, the government issued a stimulus to fight the Great Recession worth $800 billion. Today most economists agree that the economy needs at least twice as much spending. The sheer scope of what’s needed is why governments prefer to rely on monetary stimulus, and why fiscal plans often fall short of their goals.

Monetary policy entails changing either the amount of money in an economy or the cost of borrowing it. Fiscal policy is when a government tries to stimulate an economy by spending money on businesses to spark their hiring and expansion and also by providing funds and benefits for financially struggling families. Both can help to repair a damaged economy, and each has its strengths and weaknesses.

Tips on Responding to Economic Stimulus