Second Stimulus Checks: When You’ll Get Them, and How to Track Them 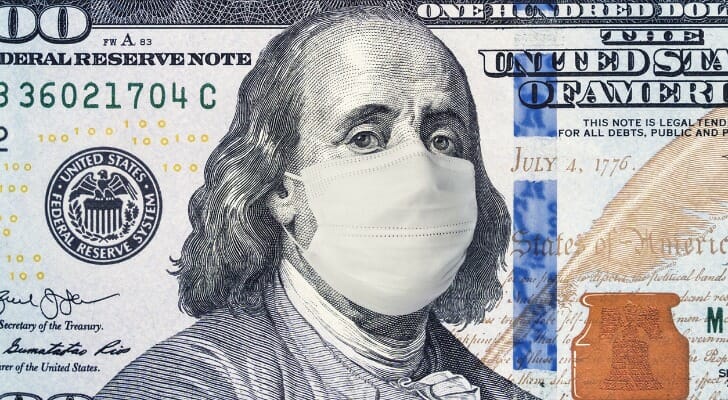 Congress mandated the IRS to send all second stimulus checks by January 15. Eligible recipients who did not get payment by the cutoff date have to claim it as a recovery rebate credit on their 2020 taxes. The $900 billion economic relief and government funding bill pays up to $600 per person, with an additional $600 for each dependent under the age of 17. Let’s break down what all this means for your stimulus check.

This is a developing story. We will continue to update the article as soon as more information becomes available. You can find information about President-elect Joe Biden’s additional $1,400 stimulus payment in our article about third stimulus checks.

When Will I Get My Check and How Can I Track It? 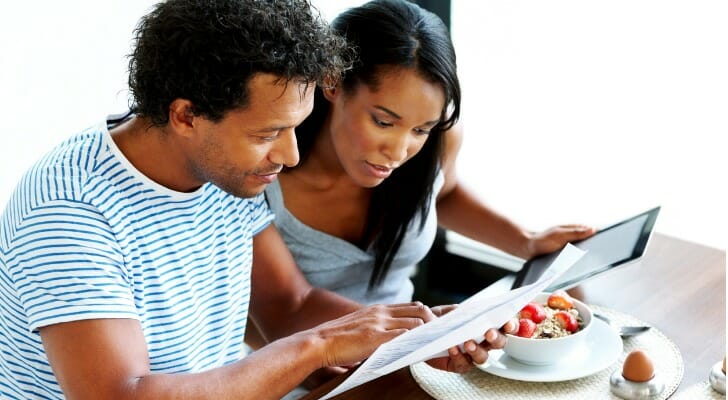 The IRS has made stimulus payments via direct deposit, paper check and economic impact payment (EIP) card. The first direct deposit payments arrived as early as December 29, 2020. Paper checks started getting mailed on December 30, 2020, and the IRS has sent out approximately 8 million prepaid debit cards loaded with the federal stimulus payments. You can follow up on the status of both your first and second checks by using the “Get My Payment” portal.

You were also eligible to get a direct deposit payment as long as you successfully registered for the first stimulus check online with the IRS’s Non-Filers tool by November 21, 2020, or completed a simplified tax return that has been processed by the IRS.

Keep in mind that because the $900 billion stimulus bill required the IRS to send all second stimulus checks by January 15, 2021, eligible recipients who did not get a payment by the cutoff date have to claim their money as a Recovery Rebate Credit on their 2020 tax return (which needs to be filed by April 15, 2021).

If you didn’t file a tax return and missed the Non-Filer’s tool registration deadline, you can also claim stimulus payments as a recovery rebate credit. Qualifying taxpayers who did not get the full amount of their stimulus payment could use the credit to increase their tax refund or lower their tax bill.

For a comparison, the first electronic stimulus payments started going out to Americans on April 11, almost three weeks after the Cares Act was signed into law, and most of them arrived by April 15. A report from The Committee on Ways and Means says that almost 159 million stimulus payments were delivered by June 5, 2020.

How Is My Second Stimulus Check Calculated?

The IRS relies on your tax return to calculate whether you qualify for the second stimulus check. So your eligibility was based on your 2019 tax returns, which you filed by July 15, 2020.

According to the text released by Congressional leaders, the COVID-19 relief bill notes those with an adjusted gross income (AGI) over certain limits receive a reduced amount of money, with the checks phasing out entirely at higher incomes.

Your AGI is calculated by subtracting the deductions that you made during the tax year (these can include college loan interest, health savings account payments and contributions to a traditional IRA) from your gross income (this includes wages, dividends, capital gains, business income and other types of income).

Here’s a quick breakdown of the AGI limits for the $600 stimulus checks:

The IRS reduces stimulus payments by 5% for the total amount that you made over the AGI limit. This means that for every $100 that you make over the limit, your check goes down by $5. At high enough incomes, the checks phase out entirely. So if you earned over $87,000 as an individual taxpayer, $174,000 as a joint filer, or $124,500 as a head of household, you do not get a stimulus payment. The following calculator allows you to calculate your benefit amount:

Who Qualifies for the Second Stimulus Check? 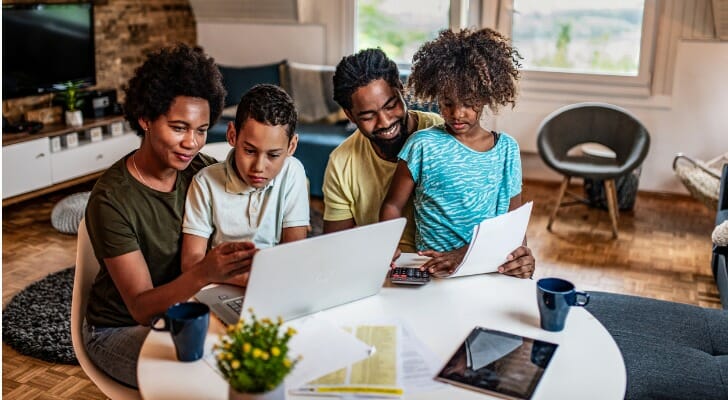 The IRS has set AGI limits to determine taxpayer eligibility. The ranges for the second stimulus check are broken down as follows:

Note that the second stimulus checks also provide an additional $600 payment for every qualifying dependent under the age of 17. So if you filed your taxes as a married couple with three children, you could get up to $3,000.

Currently, there’s no limit on the number of dependents that you can claim as long as they are within the age requirement and you claimed them on your tax return. But keep in mind that if you claimed your child as a dependent and they are over age 17, you are not eligible to receive $600 extra on your stimulus check. Your child does not qualify for a stimulus check of their own either.

The table below breaks down payments by AGI level for single and joint filers:

Here’s a breakdown of what a stimulus check looks like for a head of household with one child:

The IRS currently excludes “nonresident aliens,” college students, seniors, and other adults dependents over the age of 17, as well as estates or trusts from receiving the second stimulus check.

You should note, however, that “resident aliens” with valid Social Security numbers for employment can now qualify for stimulus payments as long as they are not claimed as dependents by another taxpayer.

The $900 billion COVID-19 relief package extends eligibility for the second stimulus check to joint tax filers with one undocumented spouse. And this change allows mixed-status families, which include members with different citizenship or immigration statuses, to qualify for additional child dependent payments.

Under the bipartisan bill, eligibility is also given retroactively for the first stimulus checks. Mixed-status families can claim $1,200 for joint tax filers and an additional $500 payment for each qualifying child.

How Do First and Second Stimulus Checks Compare?

The CARES Act paid up to $1,200 for each qualifying person, but the new COVID relief package currently pays half of that – up to $600 for qualifying individuals. The table below shows how the first stimulus checks were broken down for single and joint filers:

Note that neither of the stimulus checks count towards your taxable income for the 2020 tax year, and they are not seen as an advance on your 2020 tax refund. Stimulus checks are also not a loan, so the federal government is not expecting that money to be repaid.

For a comparison on how stimulus payments are spent, the Federal Reserve Bank of New York says that only 29% of households that received the first stimulus checks spent them by June 2020, while 36% saved them and 35% used them to pay down debt. This trend could indicate that recipients of second stimulus checks are even less likely to spend them and more likely to pay down debt.

Use SmartAsset’s second stimulus check calculator to figure out how much you could get. 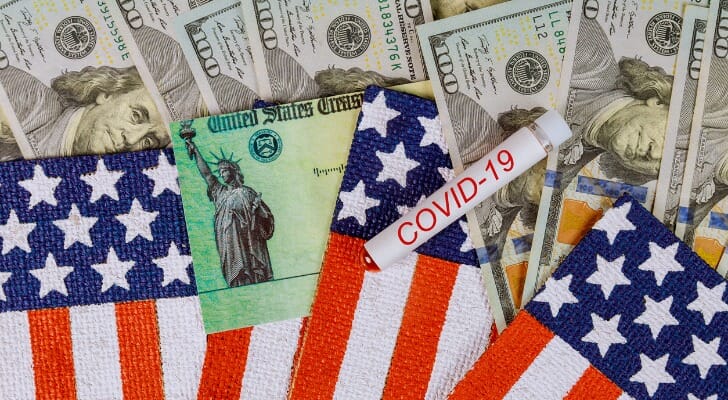 Republicans lost control of the Senate after two Democrats – Raphael Warnock and Jon Ossoff – won Georgia runoff elections on January 6, 2021. This divides the Senate 50-50 evenly between both parties, and gives Vice President-elect Kamala Harris the tie-breaking vote for Democrats, which support a stimulus check increase.

The U.S. Constitution authorizes the Vice President to vote as a tie-breaker in the Senate. This means that Democrats can effectively regain control of the chamber and pass a stimulus payment increase after Vice President-elect Harris takes office on January 20, 2021 and can cast a tie-breaking vote as the presiding officer of the Senate.

Senate Minority Leader Chuck Schumer tried to pass the House bill increase through a unanimous consent request, which requires the support of all Senate members, on December 29, 2020. But Senate Majority Leader Mitch McConnell blocked it. This is the second time that Democrats were unable to get unanimous support for the $2,000 stimulus increase.

House Speaker Nancy Pelosi initially called to increase stimulus payments via unanimous consent after President Trump delayed signing the bill into law. And she could not get the support of House Minority Leader Kevin McCarthy and all House members that is required for this procedure to pass.

Congress officially passed the new COVID-19 relief bill with bipartisan support on December 21, 2020. But President Trump delayed the bill, pressuring for a stimulus payment increase up to $2,000.

The bill currently pays out a second stimulus check up to $600 per person. And its approval was important to avert a government shutdown, and restore expanded unemployment benefits that lapsed for millions of Americans after December 26, 2020.

Many Senate Republicans oppose another stimulus increase because of the growing cost of the bill. However, you should note that some Republican senators support President Trump’s call for raising the second stimulus check up to $2,000, and they could help decide future votes on other COVID-19 relief package proposals.

President-elect Biden presented a $1.9 trillion coronavirus relief package on January 14 with and additional stimulus payment of $1,400. But it is unclear how quickly Congress will be able to vote on the new American Rescue Plan.

Assuming that Congress votes for a similar increase like the House-approved CASH Act, which raises $600 stimulus checks up to $2,000 for single filers, and up to $4,000 for joint filers, the table below shows a possible breakdown by AGI level:

This possible stimulus increase could also remove the age limit that currently prevents college students, seniors, and other dependents 17 and older from claiming an additional payment. The CASH Act changed the definition of eligible dependents from “qualifying children (within the meaning of section 24(c))” to “dependents (as defined in section 152)”. Under this section, the term “dependent” means “qualifying child” or “qualifying relative.”

So if the government approves an increase that is similar to the CASH Act, both joint filers and heads of household could get an additional $2,000 payment for each dependent, regardless of age. This means that joint filers could get up to $4,000 as long as they don’t exceed the $150,000 AGI limit, and an additional $2,000 for each qualifying child or relative. And Heads of household could get the extra $2,000 per dependent as long as they do not exceed the AGI limit of $112,500.

The table below compares the current $600 stimulus check with a possible $2,000 payment for Heads of Household with one dependent:

President Trump signed the $900 billion economic relief and government funding bill on December 27, 2020. The second stimulus checks for the COVID-19 relief package are set to total $600 per person, with phase outs based on adjusted gross income limits that are similar to the first relief package. Families also get additional $600 payments for each qualifying dependent under age 17. The IRS relies on your tax return to determine eligibility and calculate how much you could get. Payments have already gone out via direct deposit, paper check and economic impact payment (EIP) card. Eligible recipients who did not get payment by the cutoff date have to claim it as a recovery rebate credit on their 2020 taxes.

If you need financial help, it’s important to keep up with the latest developments so you can know what type of aid you could qualify for. We will continue to update this article as soon as new information becomes available. You can also find other relief programs at the federal government help center and our list of coronavirus relief programs by state.

Tips for Individuals During the Coronavirus Pandemic

Arturo Conde Arturo Conde is an editor at SmartAsset and a bilingual freelance journalist. He writes for NBC News and WhoWhatWhy. His articles have been published in Fusion, Univision, City Limits and the NACLA Report on the Americas.
Related Posts
Read next article