Where the Gender Pay Gap Is Shrinking the Fastest 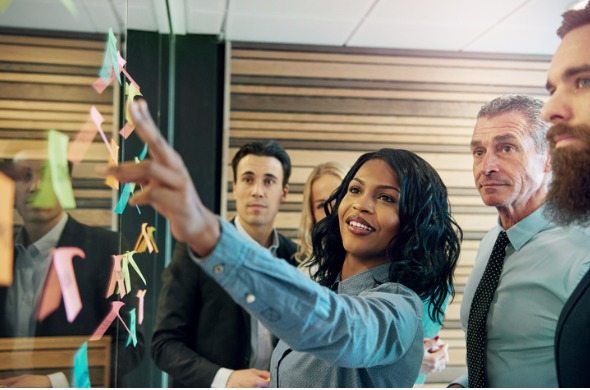 In order to find the places where the gender pay gap is shrinking the fastest, SmartAsset analyzed data on incomes for full-time working men and women. To see where we got our data and how we put it together, check out our data and methodology section below. 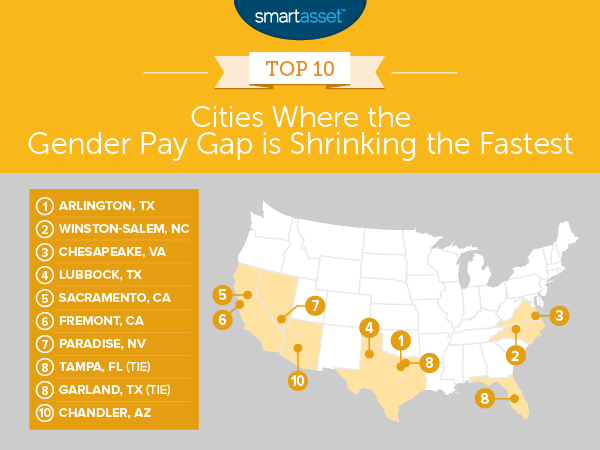 Lying in between Dallas and Fort Worth is Arlington, Texas. This city is chock full of activity including being the home of the Texas Rangers, the Dallas Cowboys and the Dallas Wings.

This is of course good news, but if given the option one imagines the city of Winston-Salem would have preferred to close the pay gap by different means. The biggest reason for the pay gap closing in Winston-Salem was declining median income for men. According to our data, working men’s incomes dropped by 9%, on average.

The two cities above Chesapeake saw their gender pay gaps closing to the point of almost not existing. Chesapeake on the other hand went from having a terrible gender pay gap to a slightly better one.

Median incomes for both male and female full-time workers in Lubbock rose from 2015 to 2016. However women, on average, received a much larger raise than men which helped to decrease the gender pay gap.

That gives Sacramento the fourth-smallest gender pay gap in our top 10.

While that’s still a large pay gap, it’s a vast improvement on earlier years. In 2015, the average full-time working woman earned only 68% of what men earned.

The good news for Paradise women is that their median earnings are now the same as their male counterparts. (According to our data, full-time working men in Paradise earn $35,500 on average.) 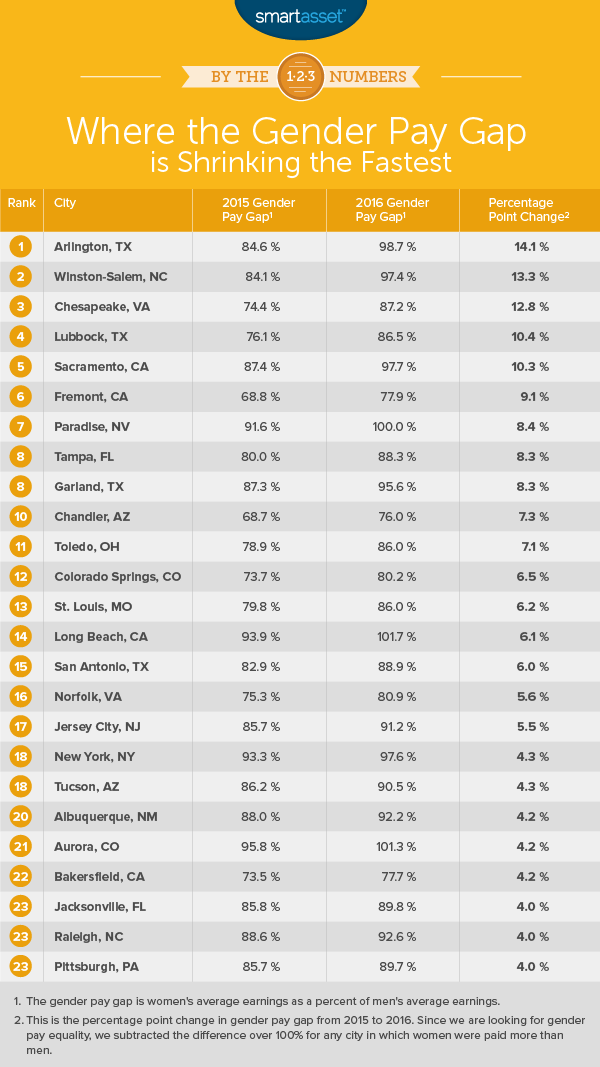 In order to find the cities where the pay gap is shrinking the fastest, SmartAsset analyzed data for the 100 largest cities in the country. Specifically, we looked at data across the following two metrics:

We found the cities with the largest difference between their 2016 and 2015 pay gaps. We measured this in percentage point difference and ranked them from largest to smallest. Since we looked for gender pay equality, we subtracted the difference over 100% for any city in which women were paid more than men.

Tips for Getting Paid What You’re Worth