What Is The Difference Between Medicare and Medicaid? 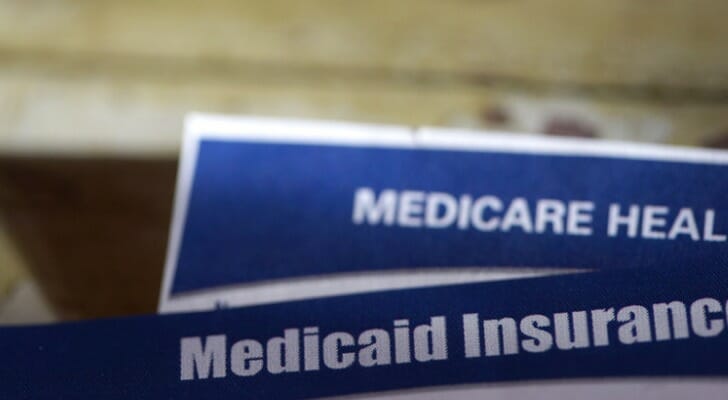 Medicare and Medicaid are two health insurance programs run by the government. Despite their similar names, they differ in some key respects. Medicare is available to most Americans over the age of 65, whereas Medicaid is exclusive to lower-income individuals and some disabled people. Another big difference is that the specifics of Medicaid vary from state-to-state, whereas Medicare is the same nationwide. Your usage of both, one or neither of these programs could have a big impact on your retirement budget, so it pays to know how each works.

Medicare is a health insurance program run by the federal government for all Americans age 65 and older. People younger than 65 who have certain qualifying illnesses and disabilities can also qualify for Medicare. As of 2018, nearly 60 million Americans receive their health insurance through Medicare.

This program comes in four parts:

Medicare Part A covers in-facility healthcare. This encompasses stays in the hospital, hospice services and specialized nursing care. It can also cover some in-home services.

Most Americans become eligible for Part A once they begin receiving Social Security retirement benefits. Your eligibility is also contingent upon being either a U.S. citizen or a legal permanent resident for at least five years.

If you’re eligible for premium-free Medicare Part A coverage, you’ll also be eligible for Part B. Those who pay a premium for Part A will only gain eligibility for Part B if they are 65 or older and are either a U.S. citizen or a permanent resident for at least five years. Medicare Part B, however, includes its own premium.

The requirements for joining Medicare Part D are simple. First and foremost, you need to have either Medicare Part A or B. Next, you must live in the service area of a plan that provides coverage for prescription drugs.

Under these plans, the government pays a set fee every month to a private insurance company, which in turn provides coverage to the enrollee. In some cases, you main gain access to extra coverage for vision, dental and more. According to the Kaiser Family Foundation, around one-third of all Medicare beneficiaries in 2018 are part of the Part C program.

Similar to Medicare Part D, Medicare Advantage requires that enrollees already have Part A and Part B coverage. To maintain eligibility, you must live in the service area of the plan you want to join. 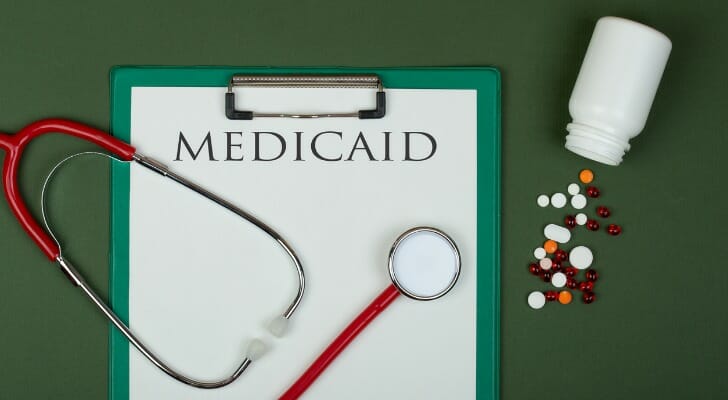 Medicaid is a government-sponsored health insurance program for Americans in need. It is jointly run by the federal government and individual state governments. January 2019 data from the government indicates that approximately 65.8 million people receive their healthcare through Medicaid.

The federal government, through the Department of Health and Human Services, oversees Medicaid at a national level. Each state has an agency which implements the program within that state. That means that the specifics of Medicaid enrollment, eligibility and coverage differ from state to state.

For eligible services, Medicaid operates like a standard health insurance program. Depending on the state, it might require a copayment or monthly premium based on the individual’s modified adjusted gross income (MAGI). For example, Arkansas charges individuals who make more than 100% of the federal poverty level a monthly premium capped at 2% of their income.

Under the Affordable Care Act, states can extend coverage to everyone who earns up to 138% of the federal poverty level. The federal government pays for this expansion of services.

Acts of Congress have created a list of “Mandatory Eligibility Groups,” which are categories of people who must have access to Medicaid coverage. People with certain conditions, such as blindness or permanent disability, can qualify for Medicaid coverage, regardless of income. For a full list of each state’s qualifications, check out Medicaid’s website.

How Do Medicare and Medicaid Compare? 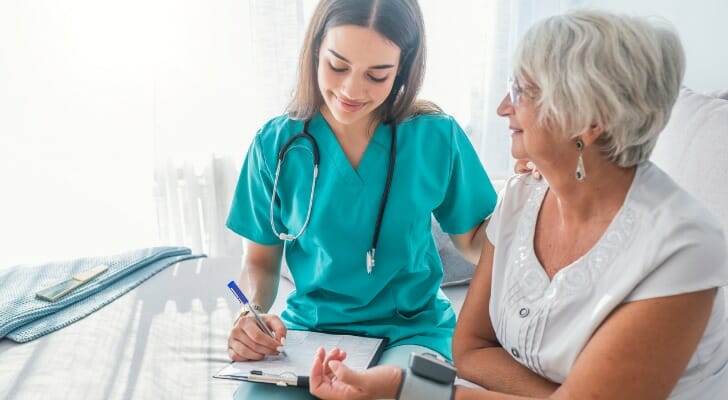 Medicare and Medicaid were both created in 1965 when Lyndon B. Johnson’s administration expanded Social Security. The original purpose of each program was to combat poverty among different segments of the population. They are similar in many senses, but there are a few key distinctions to note.

Medicare can sometimes involve significant cost-sharing, such as monthly premiums, co-pays and deductibles. This depends on many factors, including coverage type (Part A, B, C or D), the extent of health care consumption and how many quarters someone spent paying Medicare taxes during their working years.

Each enrollee has 60 total reserve days over their lifetime. These days do not renew, meaning you can only use them once. For 2019, a $682 daily coinsurance charge will accompany each of these 60 days.

Medicaid can involve some aspects of cost-sharing depending on the individual state. While many states involve neither premiums nor co-pays, others can require patient contributions, which are typically based on income level. In virtually all cases, Medicaid cost-sharing is minimal, by federal requirement.

All U.S. citizens or permanent residents who have lived in the U.S. for at least five years qualify for Medicare at age 65. Some citizens or residents can qualify if they have certain disabilities or illnesses.

Medicaid eligibility is established on a state-by-state basis. Income is the most common determining factor, although, in some cases, it can be based on disability or illness.

In order to fund Medicare, the federal government imposes a payroll tax on income earnings. This is in direct contrast to the income tax, which is collected only on qualified earnings.

Every employee in the U.S. pays 1.45% of their income, while their employer pays a matching 1.45%. Self-employed workers pay the entire 2.9% on their earnings. This is part of what’s known as the self-employment tax.

On the other hand, Medicaid receives funding through federal and state appropriations. The federal government makes payments on a share of program costs known as the Federal Medical Assistance Percentage (FMAP). The wealthier the state, the less the federal government will pay to cover its programs.

Only New York pays for at least half of its costs. Other states contributing significant amounts include Virginia (49.9%) and Wyoming (48.7%). States like Arkansas (22.4%) and Montana (20%) contribute much less.