How to Prioritize Your Monthly Bills 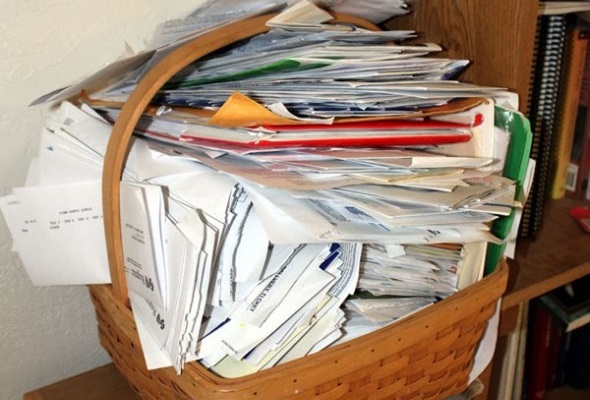 Bills, bills and more bills.  We all have them. But when you’re struggling financially, they can really be a burden on your financial health and well being.  Even though you might not necessarily live paycheck to paycheck, if you were to suddenly lose your main source of income would you know which bills you should pay first?

Most people like to think something like this will never happen to them but unfortunately that’s just not true.  One example of that is the recent furlough of nearly 800,000 federal employees.  Even though they were deemed non-essential by the government, these people held some pretty good paying jobs including at agencies like the EPA and FAA.

Whether you find yourself temporarily furloughed or in a financial jam, it’s important to know who you should pay first.  Certain creditors have the ability to affect your credit score if you make a late payment while others will not.

Most credit experts agree that not paying your mortgage could have a huge impact on your score.  Generally, banks won’t start the foreclosure process until 2-3 months of late payments, but they could still ding your credit score way before then.  That would affect your future ability to open new lines of credit or even re-finance your existing loan.

If you’re unable to make the monthly mortgage payment, consider borrowing from other sources or negotiating with your lender.  They may charge you a late fee but that’s a much better alternative than having a late payment reported to the credit bureaus.

Credit card bills are a lot more flexible when it comes to payments so you could probably get by by making the minimum payment for a month or two.  The interest rate will be pretty high but it’s better than skipping out on a payment altogether.

Make sure that you don’t get into the habit of only making the minimum payment though.  If you find yourself constantly unable to make the full payment every month, this is a sign that you are probably living beyond your means.

Student Loans Have Some Flexibility

If you’re one of the millions of people saddled with student loan debt and find yourself unable to make your monthly payments, there are some things you can do.  First off, don’t just ignore your creditors.  Often times, if you contact your lender directly they may be able to negotiate a new payment plan or deferment options.

Since most student loans are doled out by the federal government there are certain rules that private lenders must adhere to regarding deferment options and payment plans.  Just don’t be afraid to ask.

If you’re a renter then you should know that late payments won’t be reported to any credit bureaus.  Your landlord can and probably will charge a late fee, but by being upfront and talking to them about your situation you may be able to get a one time extension.

Don’t Let the Lights Go Out

Late payments on utilities like water and electric typically won’t be reported until 2-3 payments are missed.  You can probably hold off paying these if you must. But you do run the risk of having your service temporarily stopped.

Other utilities like cable and internet should be of least priority since these companies tend to be the most lenient.  They don’t want to lose a customer so service providers may allow you to postpone due dates until you can pay.  They do have the power to report to credit bureaus if you don’t pay them though. The best thing is to be upfront with anyone you speak to and work toward arrangements that allow you to pay a portion of the bills now and the rest later when your finances have recovered.