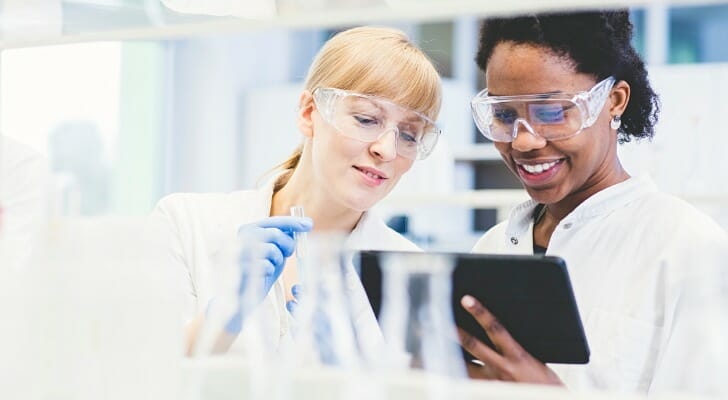 Over the past 30 years, employment in science, technology, engineering and math (STEM) jobs has grown by almost 80%, according to a recent figure from Pew Research Center. However, there is still significant disparity in representation across gender lines and particularly racial ones: though Blacks and Hispanics combined accounted for more than a quarter (27%) of the 2016 U.S. workforce, Pew reports they totaled only 16% of the STEM workforce. Where people live, though, can be a factor in their access to companies that value a more heterogeneous group of employees. That’s why SmartAsset decided to find which cities are doing better than others when it comes to diversifying STEM workforces.

To find the best cities for diversity in STEM, we took a closer look at racial and gender breakdowns of workers in the 35 cities with the largest STEM workforces. For details on our data sources and how we put the information together to create our final rankings, check out the Data and Methodology section below.

This is SmartAsset’s fifth study on the best cities for diversity in STEM. Read the 2019 version here. 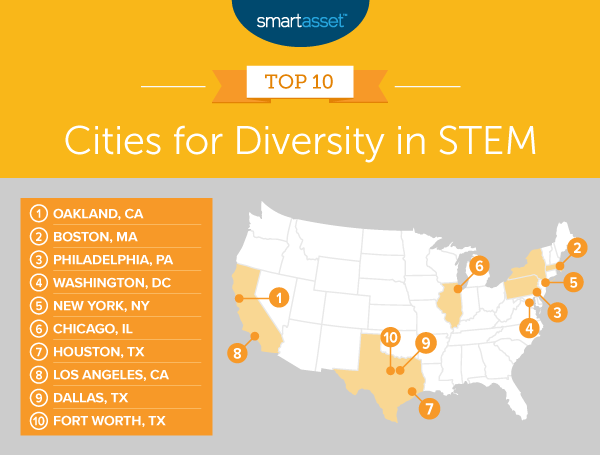 Boston, Massachusetts has the third-best gender diversity index across all 35 cities: Almost 64% of STEM workers are men, and a little more than 36% are women. In terms of race/ethnicity, white workers make up about 59% of all STEM workers, Black workers make up close to 7%, Asian workers close to 18% and Hispanic workers about 13%.

In Washington, D.C. the total number of workers in STEM amounts to about 49,100. The roughly 18,600 women in these jobs make up almost 38% of this total, and the more than 30,400 men make up roughly 62%. Despite this disparity, Washington ranks the best for gender diversity in our study.

Los Angeles has the fourth-best race/ethnicity index in the study. Almost 26% of all STEM workers are Asian, almost 19% are Hispanic or Latino and more than 4% are Black. About 48% are white (which is the lowest percentage for this demographic in the top 10).

Though almost 72% of STEM workers in Dallas, Texas are men, the city ranks best overall in terms of its race/ethnicity diversity score. Black workers comprise almost 18% of the STEM workforce, Asian workers comprise more than 16%, Hispanic or Latino workers almost 14% and white workers just shy of 50%. 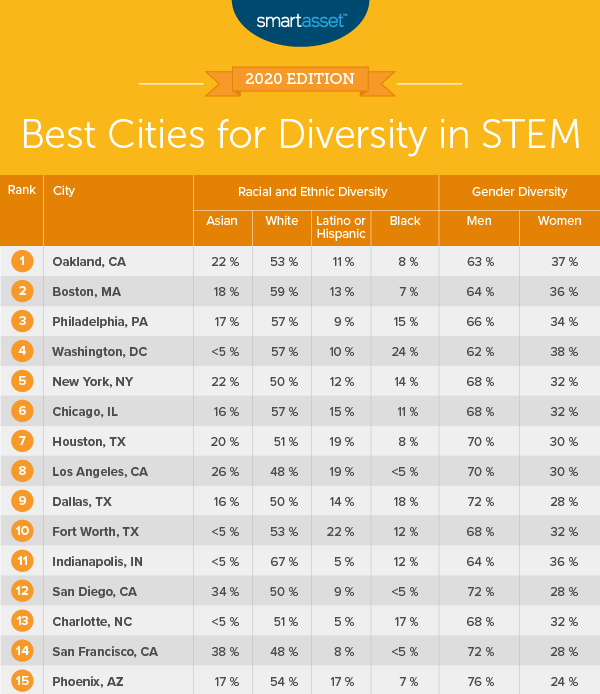 To find the best cities for diversity in STEM, SmartAsset analyzed data for the 35 cities in the county with the largest STEM workforces. Specifically, we measured across the following metrics:

We averaged these two indexes to create our final score, which we used to rank the cities.

Data for both metrics comes from the Census Bureau’s 2019 1-year American Community Survey.

Tips for STEM Workers to Manage Their Money