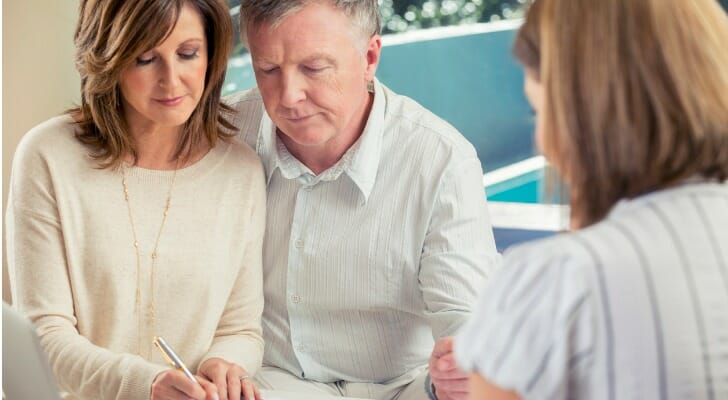 Texas does not impose a state inheritance or estate tax. Most of its laws surrounding inheritance are straightforward. However, if you die without a will, the distribution of your assets will be left up to the state’s intestate succession process. Sorting an estate or inheritance can be complicated, but a financial advisor could help you create an estate plan for your family’s needs and goals. Let’s break down inheritance laws in Texas.

Does Texas Have an Inheritance Tax or Estate Tax?

No. There are no inheritance or estate taxes in Texas. The state repealed the inheritance tax beginning on 9/1/15.

That said, you will likely have to file some taxes on behalf of the deceased, including:

To file any of these estate-based returns, you’ll need to apply for an employer identification number (EIN) with the IRS. You can do this online, by fax or via mail.

Dying With a Will in Texas

If you leave an testate will following your death, you’ve clearly and completely laid out in writing exactly what you want done with your estate. This includes the naming of an executor or personal representative for the estate, heirs to your property and legal guardians for children under 18. It also means the creation of any testamentary trusts, which handle bequests to a beneficiary if the decedent doesn’t want that person to receive those assets until a specified time. In Texas, having a testate will means it will almost always be executed exactly as you wish. Therefore, inheritance laws really only apply to people who died without a valid will.

For estates greater than $75,000, the probate process goes into action to ensure that the will of the deceased is executed as it was meant to be. The court appoints the executor who was named in the will to manage the estate. This involves not only protecting and distributing the decedent’s assets, but also taking care of his or her debts and liabilities.

Any estate worth less than $75,000 is not required to go through the court. Instead, after 30 days have passed since the individual’s death, heirs can file a small estate affidavit with the court that has jurisdiction over the estate. Following approval by the court, heirs can use this affidavit to acquire property from the estate.

Estates with no will or a will that has not been probated by the Texas courts within four years of the deceased’s death can be inherited via the use of an affidavit of heirship. Someone with knowledge of the decedent and his or her family, as well as a public notary, must sign the document to transfer the estate to the decedent’s heirs at law. As far as vehicles are concerned, a separate affidavit of heirship is available through the Texas Department of Motor Vehicles.

Dying Without a Will in Texas 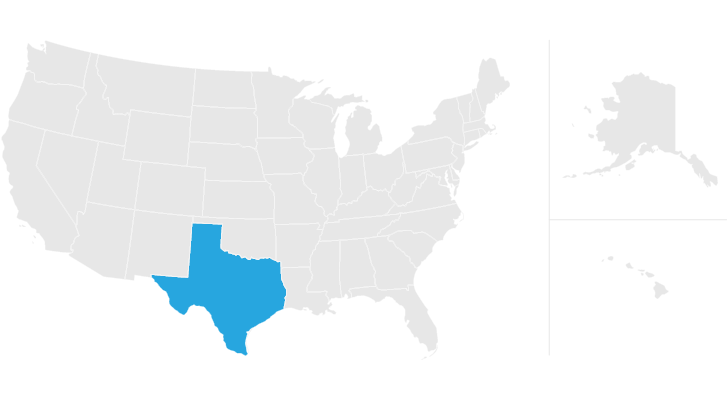 Dying without a valid will leaves the distribution of assets up to the intestate succession process of the state of Texas. Even a decedent’s valid will can be considered intestate if it cannot disperse all estate property (possibly because of a beneficiary’s death or other extenuating circumstance) or if other parties have successfully contested the will. Unfortunately, even the will of a decedent who passes away with the belief that things have been fully taken care of can have his or her will considered invalid by the court after the fact.

In turn, an intestate will, because it has little to no pre-specified direction, is inherited by some combination of the deceased’s spouse, children and/or relatives. To differentiate between your belongings and whom they should go to, Texas divides them into community property and separate property.

Separate property belongs solely to you and is split between personal and real property. Personal property consists of items that are not literally fixed to the ground, like cash, vehicles, investments and memorabilia. Land and anything fixed to it, such as a homestead, is real property.

In Texas, you don’t have to go the traditional marriage route to be considered married by the state. It recognizes common law marriages and therefore will afford your common law spouse inheritance rights even if there’s no marriage license attributed to your relationship. To achieve a common law marriage in Texas, you must agree to be married with your spouse, have represented yourselves as married to others and have lived together in the state.

In this situation, Texas deals with separate property differently. The state divides separate personal property between your spouse and your children, with two thirds afforded to all the children and the leftover one third going to the spouse. Separate real property is divvied out in the same manner, but once the surviving spouse dies, real property is transferred to the children.

Biological children of the decedent and his or her spouse hold some of the strongest inheritance rights to an intestate will’s property. As of 2017, though, Texas courts ruled that adopted children receive the same rights to inheritance as biological children, including inheritances from their adoptive parents, grandparents and other family members. In recent years, Texas chose to include those adopted as adults in this policy as well.

If you’re not married, you won’t have any community property, as that’s reserved for married couples only. Therefore all of your property will be considered separate by the Texas courts. Intestate decedents in this situation who do have children, though, will leave all their separate property to their children.

Stepchildren do not receive a part of your intestate estate as per the succession plan of Texas. Because the state doesn’t view anyone related to you solely through marriage as an automatic heir, a stepchild’s claim to your estate is null and void.

Children who were adopted or born following the execution of a parent’s will, otherwise known by Texas as pretermitted children, have normal children’s rights to inheritance. If the deceased parent has left no other way to support the child following his or her death, the child will receive part of the estate, regardless of whether he or she was originally named within the will.

The estates of legally single intestate decedents without surviving children go through a much more lengthy process of inheritance under Texas law. This hierarchy is set specifically in this order:

There are a number of financial accounts that won’t fit neatly into your estate. These require extra work to handle. Included in this are life insurance policies, retirement accounts like IRAs and 401(k)s, joint accounts and other beneficiary-based accounts. If you want the funds in these accounts to be included in your estate, you must title your estate their beneficiary. However, if you fail to do so, the beneficiary listed on the account will inherit the funds.

Other Situations in Texas Inheritance Law 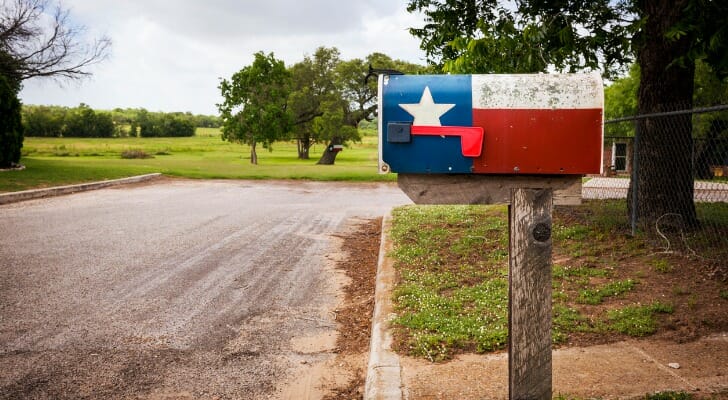 If the deceased’s will includes a former spouse in it, Texas law voids everything that would have gone to the former spouse. To avoid this, you will need to draft a new will following your divorce with your former spouse if you still want to leave anything to him or her after the fact.

A putative spouse is an individual the court finds to have truthfully believed he or she was married to the decedent, even though that wasn’t legally the case. To put this into a real world situation, two people could marry without one of the spouses being divorced from a previous marriage, making the most recent marriage illegitimate and thus the spouses merely putative. In Texas, these individuals possess essentially the same inheritance rights as a legal spouse.

Deathbed marriages refer to when an individual marries someone nearing death, not for love or partnership, but for a stake in his or her estate. Therefore, these are typically predatory in nature. Because spouses will usually hold a heavy stake in a decedent’s estate, this can be a point of contention for their families who notice that a deathbed marriage has occurred.

Texas law does provide these families a path of recourse to try and void the marriage. Make sure you file a case with the courts before the one year anniversary of the death, or you could run out of time to annul the marriage. Only marriages that are three years or shorter in length are eligible for annulment under this law.

While Texas does not impose a state inheritance or estate tax, if you die without a will, your assets will be distributed through the state’s intestate succession process. Intestate succession laws affect only assets that are typically covered in a will, specifically assets that you own alone like real estate, stock market investments, businesses and other types of physical possessions.

Chris Thompson, CEPF® Chris Thompson is a retirement, savings, mortgage and credit card expert at SmartAsset. He has reviewed hundreds of credit cards and loves helping people find the one that best matches their financial needs. Chris is a Certified Educator in Personal Finance® (CEPF®) and a member of the Society for Advancing Business Editing and Writing. He graduated from Montclair State University where he received the Journalism Achievement Award. Chris’ articles have been featured in places like Yahoo Finance, MSN and Bleacher Report. He lives in New Jersey and is a Mets, Jets and Nets fan.
Share Tweet
Related Posts
Read next article