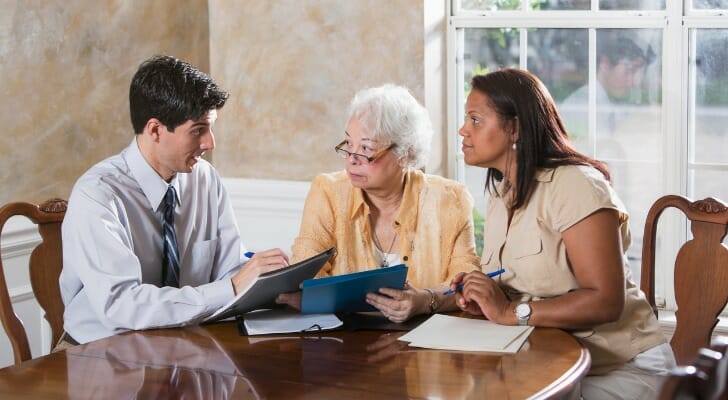 With its own estate tax on top of the federal estate tax, Rhode Island residents and nonresidents who own property in the state may find the tax situation surrounding their estate to be rather overbearing. But as far as the rest of Rhode Island inheritance laws go, the Ocean State is reasonably standard. The SmartAdvisor tool can match you with financial advisors nearby that will assist you in planning out your estate according to state law.

Does Rhode Island Have an Inheritance Tax or Estate Tax?

There is an estate tax in Rhode Island applying to in-state property of residents and nonresidents. However, the state’s exemption for the tax remains fairly high and should aid many estates in avoiding it altogether. More specifically, only estates with property in Rhode Island valued at more than $1,648,611 will be eligible for the estate tax, according to Rhode Island inheritance laws. When it comes to rates, the highest percentage you’d be required to pay is 16%.

Aside from Rhode Island’s estate tax, there are a few other returns you’re required to file, either in the name of the decedent or the estate. These include:

Filing a return for a decedent is not the same as filing for an estate. This is because the IRS does not attribute the Social Security number of the decedent to his or her estate. So to make sure the estate is tax-eligible, the IRS requires that you register for an employer identification number (EIN), either online, via fax or by mail.

Dying With a Will in Rhode Island

When you die with a testate will in Rhode Island, your will is considered valid. This has many perks, the most important of which is that the courts will have to abide by the wishes you listed in your will. For all intents and purposes, this separates your estate from inheritance law and allows you to leave whatever you want to whomever you want.

Like most states, Rhode Island requires a testate will to include three signatures: that of the decedent and two witnesses. However, while much of the U.S. is flexible when it comes to handwritten and oral wills, Rhode Island is not so forgiving. In fact, unless a will is typed, it will not be considered a valid, legal will, according to Rhode Island inheritance laws.

An executor is the “by proxy” manager of an estate after a decedent has passed away. This individual is often called out in a testate will and is required to pay any outstanding debts a decedent may have had, along with the distribution of all inheritances.

Dying Without a Will in Rhode Island

Rhode Island titles an estate “intestate” if either there was no will present when the decedent died, or there was one, but it did not meet the stipulations of state law. While frustrating, it is possible for a will to be deemed invalid by the courts after a decedent has already passed away, regardless of if he or she believed things were set beforehand.

Personal property and real property are the two categories that property is divided into when intestate succession takes over. Real property consists of real estate and land, while personal property covers anything else you might own. But who ends up inheriting this property depends on the family members who survive you. This could be anyone in your family tree from your spouse and children all the way to your great-aunts and great-uncles. 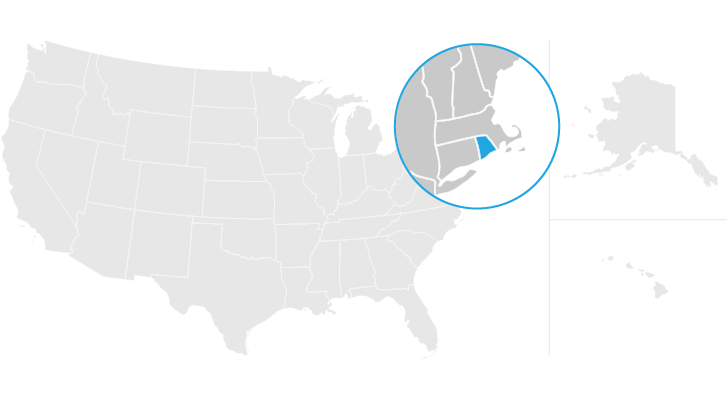 In order to take every precaution to protect a decedent’s estate, Rhode Island uses a probate court system. For estates with a will, the probate court certifies that all the decedent’s wishes have been respected. The probate court is instead focused on the implementation of intestate succession laws should there be an intestate estate, though.

These proceedings are scheduled to last at least six months, and can be pricey in some instances. This six-month buffer is used because the state automatically grants creditors that amount of time to make a financial claim against an estate.

Registering as a small estate is essentially the only way you’ll be able to skip over the probate process in Rhode Island. But this doesn’t apply to the vast majority of estates, as only those with less than $15,000 in personal property are eligible. You must wait until 30 days have passed since the testator’s death to register as a small estate, and you must be sure the estate does not include any real property, according to Rhode Island inheritance laws.

The presence of a married decedent’s children or not will determine how large of a slice of the intestate estate a surviving spouse will be privy to. Unlike many other states, though, there is no scenario in which a spouse receives all of his or her partner’s property.

When it comes to the real estate of the decedent, the surviving spouse will retain usage rights for the property for his or her entire lifetime, regardless of whether or not there are surviving children. But if the property is to be sold or valuated in any way, the spouse can choose to petition the state within six months of his or her partner’s death to receive up to $150,000 of the real property’s value.

As far as Rhode Island inheritance laws go, children of a decedent are bound to receive some part of their parent’s estate. But exactly how much they’ll divide among themselves is dependent upon whether their parent was married when he or she passed away. If the decedent was unmarried, the children receive all personal and real property in the estate.

For decedents who were married, their children are entitled to significantly less of their intestate estate. In fact, children are given whatever property is left over after the spouse takes half of the personal property and as much as $150,000 of the value of the real property’s sale, according to Rhode Island inheritance laws. Also, while the spouse can choose to continue to live in the home of the decedent for the remainder of his or her life, the children are handed the rights to the real estate following the death.

Grandchildren in Rhode Island become heirs if the decedent’s child (their parent) has already died. In this situation, a grandchild would be eligible for the same size share as any son or daughter would be.

Most states do not allow a child that’s put up for and successfully adopted to inherit from his or her biological parents. However, Rhode Island is one state that does grant adopted children those rights. Furthermore, adopted children will inherit from their adoptive parents in the same amount as any biological child would, according to Rhode Island inheritance laws.

Regardless of how long a stepchild or foster child lives with you, he or she will not inherit from your estate through intestate succession. But if you write a testate will, you can include him or her in it.

Children who are born outside of a marriage will inherit from their father’s estate, so long as paternity can be scientifically established or if it is acknowledged by the father prior to his death.

If a child that you helped conceive before you died is born after you die, it becomes just as much of an intestate heir as any other biological child you might have.

Rhode Island boasts one of the most extensive sets of intestate succession laws in the U.S. The system digs extremely deep into your family tree to try and find a relative that can inherit your property, ranging from your parents all the way to your great-aunts and great-uncles. So should your estate require these laws, they go in the following order:

According to Rhode Island inheritance laws, if an estate somehow makes it through all of the above avenues of inheritance without finding a viable heir, the decedent’s property will escheat to the state. Namely, this means that the town where the property is located will use it for its own good.

When an estate goes through the probate process, each piece of property is carefully looked over to ensure that it ends up with who it should, according to either the testate will of the decedent or intestate succession laws. However, there are some assets that have beneficiaries, and therefore exempt from probate, like these: 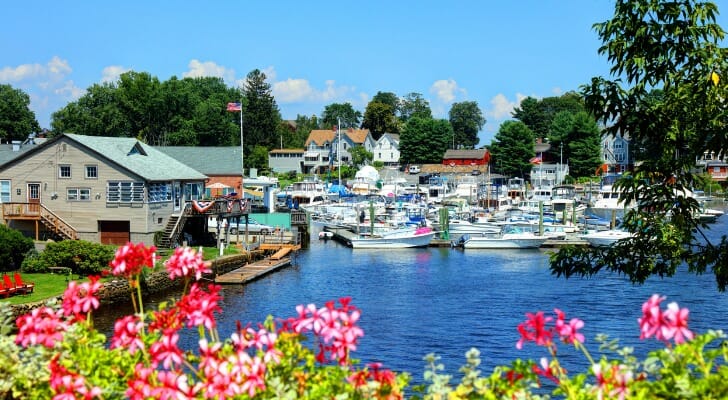 According to Rhode Island inheritance laws, an heir must live at least 120 hours (five days) longer than a decedent to become a legal heir to his or her estate. Should the heir not pass this period of survivorship, the estate will be distributed as if they had predeceased the decedent.

Should a murder occur of a Rhode Island resident or nonresident with property in the state, the killer will lose all rights to inherit from the decedent’s estate.

Regardless of the immigration or citizen status of an individual, the state of Rhode Island will not inhibit them from inheriting from an estate.

A family member who is related to you via half-blood will retain the inheritance rights of his or her full-blooded counterpart. So if you have a sister and a half-brother, they’ll both be entitled to an equal portion of your intestate estate.

Managing an estate at any level, either for yourself or a loved one, includes many different factors to consider, making it an overwhelming task. There are taxes to file, possible court proceedings to go through and even more, so you may want to look into some help as you parse Rhode Island inheritance laws.