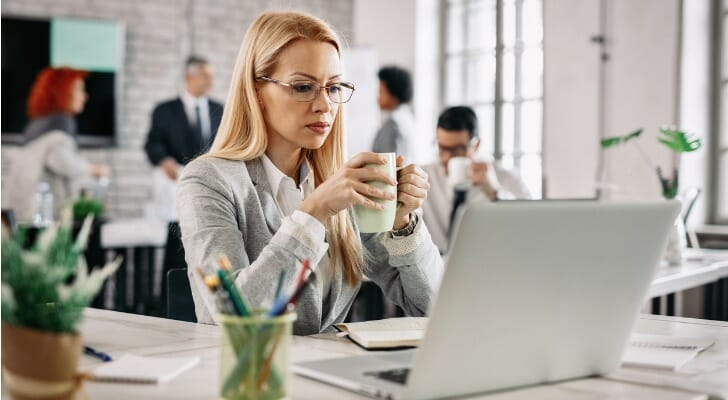 Pew Research Center found that in 2017 more U.S. households were headed by renters than at any point since 1965. Considering the fact that rent is a major expense for many people – more than half of household income in some of the country’s largest cities – workers might find themselves clocking extra hours to pay their landlords and build their savings. Of course, it can take more work hours to cover rental costs in some cities compared to others.

In this study, SmartAsset uncovered the hours of work needed to pay monthly rent in the 25 largest American cities, considering data on the following metrics: average annual take-home pay, average hours worked per year and median rent. For details on our data sources and how we put all the information together to create our final rankings, check out the Data and Methodology section below. 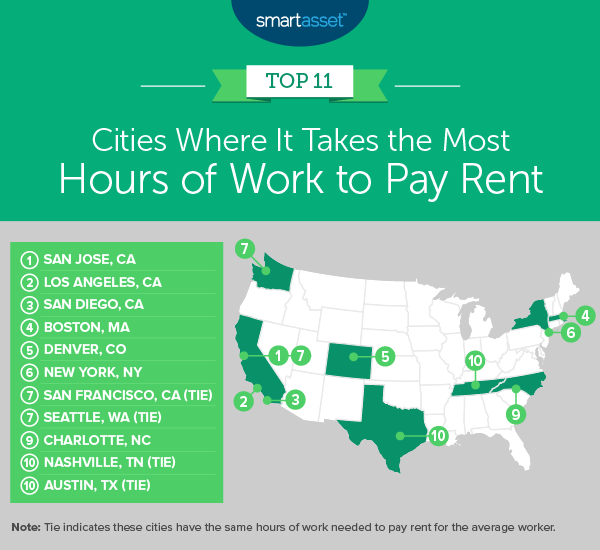 It takes more than 76 hours of work in San Diego, California to pay median monthly rent, which is $2,161 or almost $26,000 per year. The median worker earns $40,596 after taxes, and the estimated hourly wage is about $28. San Jose also ranks as the No. 1 city where homeowners spend most on housing in the U.S.

The average annual take-home pay in Los Angeles, California is $26,740, or an hourly wage of $19.96. By our estimates, the average worker in this city would need to work almost 74 hours to be able to pay the median monthly rent, $1,474.

In Boston, Massachusetts, the average worker earns close to $33,000 after taxes, or about $24 an hour. The median monthly rent in Boston is $1,647, which means residents there will have to work more than 67 hours to pay for a month’s rent. Given that the average worker in Boston works about 38 hours per week, it would take about 12 to 13 days for a worker to cover this amount.

The median monthly rent in Denver, Colorado is $1,330, the third-lowest rent amount across all 10 cities on this list. The average worker in Denver earns $42,409, which means take-home pay is $34,335 after taxes, or $21.65 an hour. In order to cover the costs of the average monthly rent in the city, a person would need to work about 61.4 hours. Of course, getting a roommate can help mitigate the expense of rent.

New York City has the sixth-highest number of hours needed to pay rent across the 25 largest cities in the country. The average worker in New York earns $40,932 and takes home $31,627 after taxes, or $23.52 per hour. With a median monthly rent of $1,443 for an individual share of rent across all five boroughs, the average worker in New York City would have to work over 61 hours to cover rent..

In San Francisco, California, the median monthly rent is $1,880, the second-highest monthly rent amount across all 25 cities in our study. However, the average worker in the city makes $31.02 per hour, or $50,002 after taxes. This means that a person would have to work 60.6 hours in order to cover rent costs. At an average of 40.5 hours worked per week in San Francisco, it would take this worker about a week and a half to pay for rent.

Seattle, Washington ties with San Francisco for seventh place, with workers needing to put in roughly 60.6 hours to pay the median monthly rental cost of $1,699. The average worker in Seattle earns $52,385 and takes home $43,678 after taxes, or $28.04 per hour. While renters may be frustrated to spend so much time working just to cover their housing costs, living in the city may be worth it as Seattle ranks among the top boomtowns in America with low unemployment and healthy income growth.

The median monthly rent in Nashville is $1,117 or $13,404 per year. With the average worker there earning $29,971 after taxes, or $19.48 per hour, it would take the person approximately 57 hours of work to cover the cost of rent each month. Still, Nashville may be particularly appealing to younger members of the workforce given that it ranks among the best cities for new college grads.

Austin, Texas ties with Nashville, with the 10th-highest number of hours of work needed to pay rent of the 25 largest cities in the U.S. The average worker in Austin makes about $23 per hour, and median monthly rent in the city is $1,314. As a result, the typical worker will need to put in an estimated 57.3 hours of work to cover rent alone. 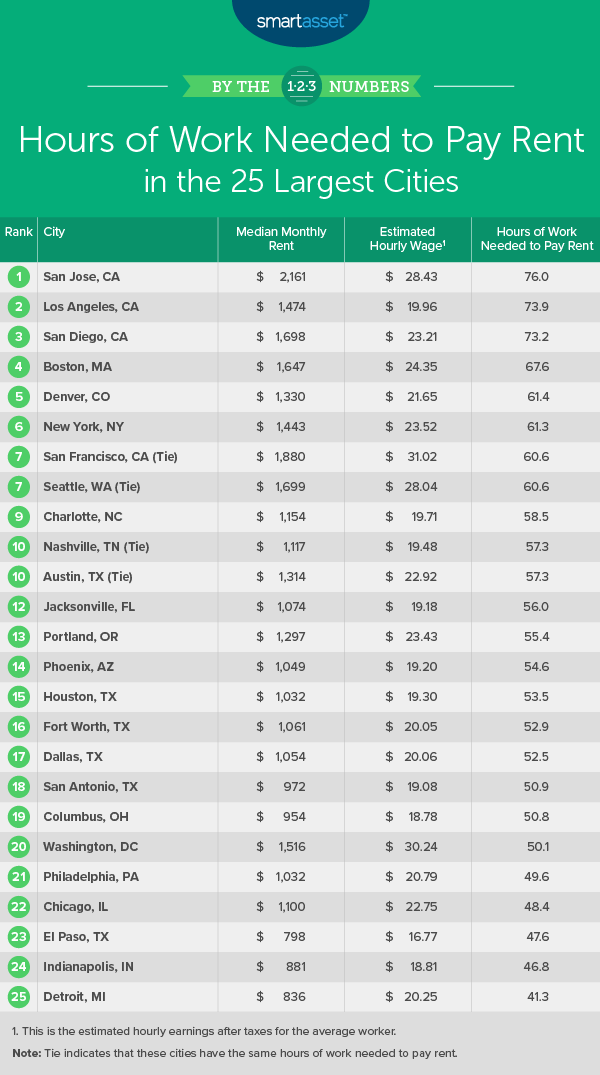 To find out how many hours of work are needed to pay rent in the 25 largest cities in the U.S., we looked at data on the following three metrics: