The Best Places in the World to Retire 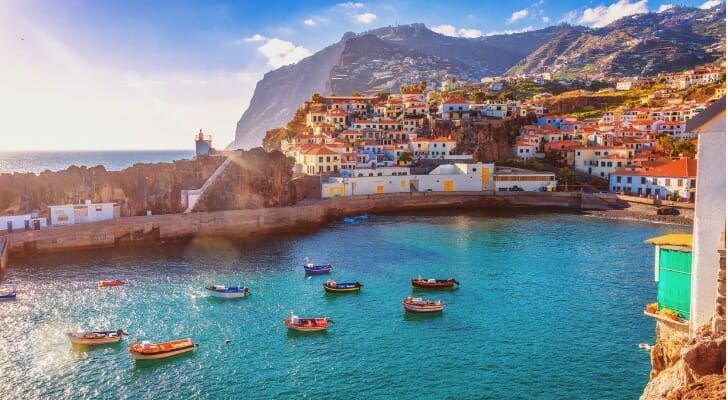 There’s plenty to consider when it comes to deciding where you want to retire. Some factors that typically come into play include cost of living, access to hospitals and medical care, retirement taxes and entertainment. In many cases, though, the best place to retire will be different for every retiree. Therefore, you’ll need to consider what’s most important to you to get the most out of your golden years. To help you settle on a place to retire, our experts go over nine distinct places that span four continents. Consider meeting with a financial advisor in your area if you still have questions about where the best place to retire for you and your spouse is.

Best Place to Retire in the United States: Naples, Florida 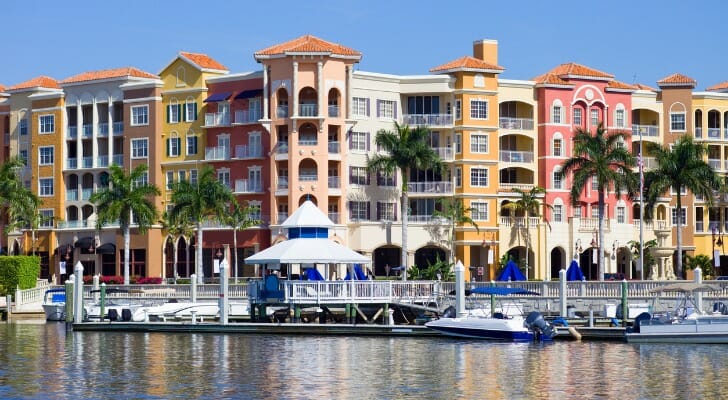 The city is in the southwestern region of Florida, situated just on the coast of the Gulf of Mexico. Naples is such a popular retirement destination that fully half of its populations are senior citizens. With golf courses galore and ample access to health care facilities, it’s no mystery why. For Americans, retiring in a place like Naples can give you the change of scenery you’re looking for without having to go through the process of getting a visa, adapting to a different culture or even learning a new language. Plus, you’re a 40-minute drive from a regional airport and two hours from Miami, so there’s plenty of travel available to you. 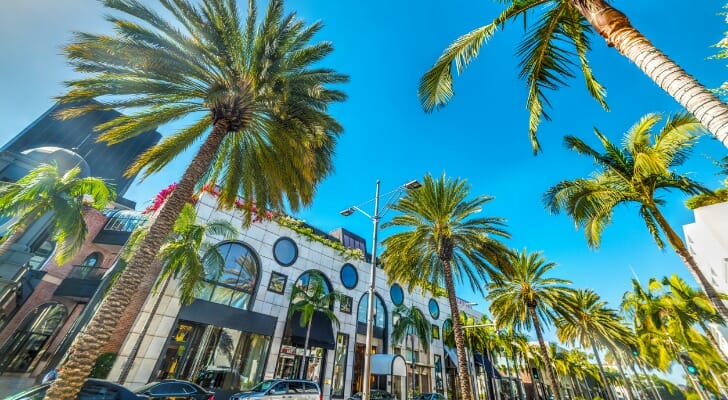 Beverly Hills, California is one of the most recognizable cities in the country, thanks in large part to its reputation as a swanky neighborhood for the ultra-wealthy. That reputation is understandable, as Beverly Hills isn’t a cheap place to live. The Zillow median home value estimate for Beverly Hills in February 2020 is $2,712,360. This is one retirement destination that you’ll have to have a nice retirement fund to afford.

That being said, the LA County city has plentiful health care facilities and a large senior population. Plus, there are exciting things to do all around, including the Frederick R. Weisman Art Foundation, the Virginia Robinson Gardens and events at the Paley Center for Media. And just like most places in Southern California, the weather is warm and sunny year-round. If you can afford the higher-than-average housing costs, Beverly Hills has everything you need for a first-class retirement. 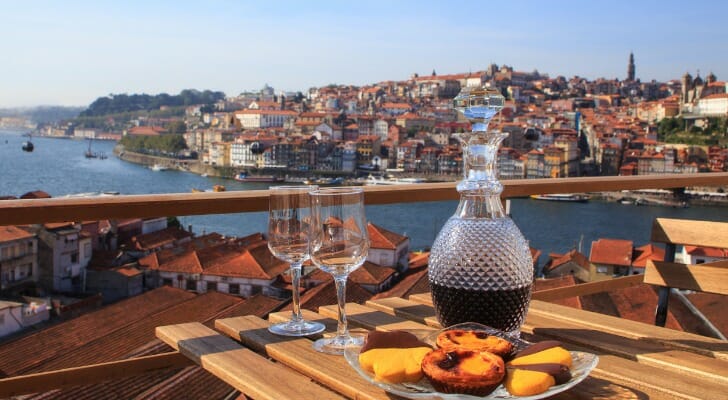 With a Mediterranean climate and plenty of history to explore, it’s no surprise that Portugal is a popular retirement destination for U.S. retirees. What really sets the western European city apart is its favorable income tax program for expats. If you qualify for what’s called Non-habitual Residence (NHR) status, your U.S. income is exempt from Portuguese income tax for 10 years. If you earn any income in Portugal, that will be taxed at a flat rate of 20%. According to 2020 data from numbeo.com, a website that aggregates cost of living data from around the world, the cost of living is about 32% lower than in the United States.

In order to retire in Portugal, you’ll need to get a residence permit. To do this, you’ll need to visit the Portuguese consulate. You’ll need your passport, proof of income and health insurance, and you’ll have to be able to pass a criminal background check before you can complete your application. 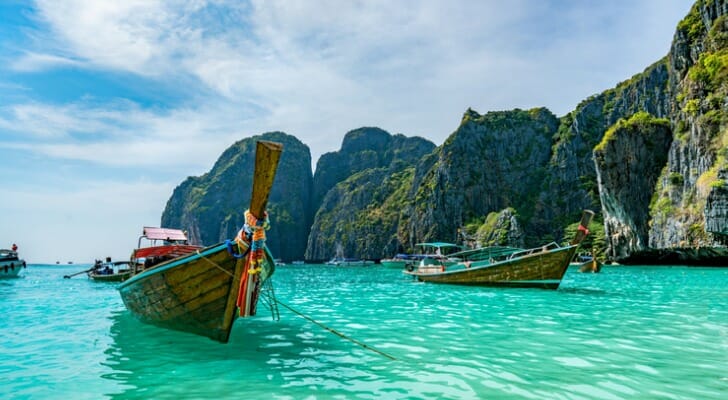 Thailand is another popular retirement destination for U.S. expats, thanks in large part to its relative affordability. 2020 estimates from numbeo.com put the cost of living in Thailand between 30% and 40% less than in the U.S., and rent estimates are roughly half the U.S. alternative.

As with virtually any country, you’ll need to obtain a visa if you want to retire in Thailand. Luckily, the process in Thailand is fairly simple. To get a retirement visa, you have to be at least 50 years old and pass a background check. You’ll also need a passport that won’t expire for a year, and you’ll need to satisfy certain financial requirements. If you fulfill all these requirements, you’ll receive a one-year retirement visa.

For residents of a handful of countries including the U.S. and the U.K., it’s possible to obtain a five-year retirement visa. With either visa, you’ll need to contact the immigration office every 90 days letting them know if your place of residence within the country has changed. Don’t worry, you can do this by mail.

One downside of retiring in Thailand is the lack of public health insurance for expats. You’ll need to purchase private health insurance. This is cheaper in Thailand than in the U.S., but it stills adds up if you frequently need medical care. If you plan on doing a lot of traveling in your retirement or returning to the U.S. occasionally, you may want to consider traveler’s insurance. 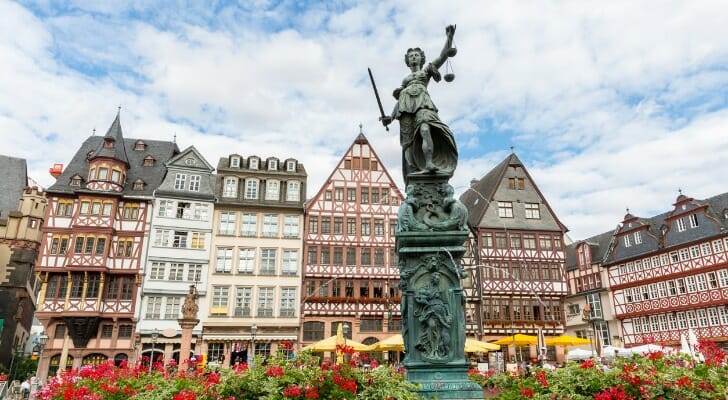 Unlike the first few entries on our list, Germany can’t boast of warm weather year-round. However, the country brings plenty to the table for retirees, namely gorgeous architecture, impeccable infrastructure and a first-rate healthcare system, making it a perfect European retirement destination.

All permanent residents of Germany are required to have health insurance, and most choose to receive publicly financed insurance from a Statutory Health Insurance (SHI) insurer, also known as sickness funds. If you have a high enough income, you can also opt out of an SHI plan and purchase private insurance. Only about one-in-four eligible residents choose this route.

To stay longer than 90 days in Germany, you’ll need to apply for a temporary residence permit, known in Germany as an aufenthaltserlaubnis. You’ll need proof of German address and health insurance as well as your passport and evidence that you can support yourself financially. Once you successfully receive five one-year permits, you can apply for a permanent one.

You’ll have to pay income taxes in Germany even if your income is exclusively from the U.S. However, the two countries have a treaty that protects you against double taxation on your Social Security income.

Best Place to Retire for Beaches and Mountains: Spain 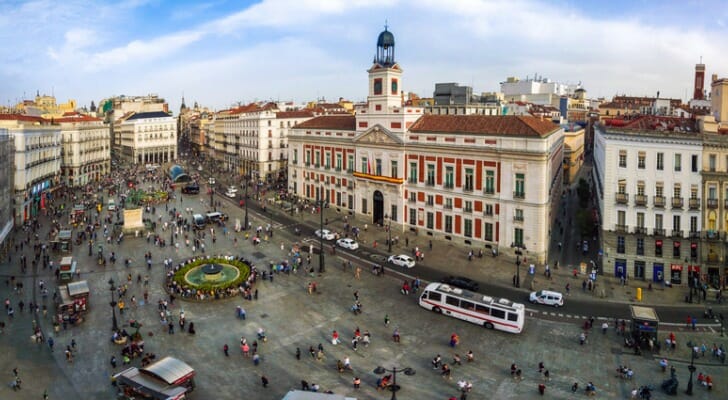 Across its almost 200,000 square miles, Spain has gorgeous beaches, breathtaking mountains and plenty in between to enjoy during your golden years. To make it better, you can live comfortably on a yearly budget of between $20,000 and $25,000. According to 2020 data from numbeo.com, rent in Spain is lower than in bigger U.S. cities. A one-bedroom apartment in Madrid will cost roughly $1,020 a month and places outside the city could drop as low as $760.

Spain has no sales tax and low property taxes, and you’ll only need to file a Spanish income tax return if your income surpasses $24,000 a year. In order to spend your retirement in Spain, you’ll need to obtain a residence visa. You won’t be able to work with this visa, so you’ll have to prove to the Spanish consulate that you can support yourself without a job.

In terms of healthcare, Spain has a comprehensive public healthcare program available to residents and those who contribute to Spanish Social Security. You also have the option to purchase private insurance if you choose.

Best Place to Retire for a Low Cost of Living: Costa Rica 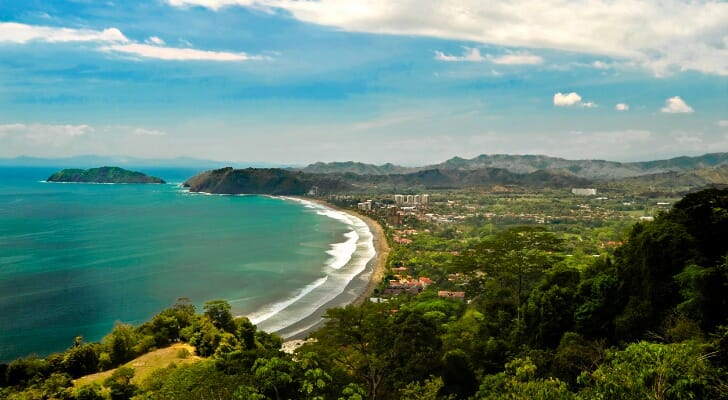 Costa Rica, in addition to its warm weather and beautiful beaches, is seeing plenty of expats come for retirement thanks to the country’s very low cost of living. The average retiree could live out a comfortable retirement in Costa Rica for only $1,500 a month. A couple could do the same for $2,500.

The standard of living in Costa Rica is also among the highest in Central America, in large part because of its healthcare system. Costa Rica has both public and private healthcare, both of which are available to expats. According to InternationalLiving.com, you can expect to pay between 22% and 33% of what you’d pay in the U.S., depending on the treatment. The three largest private hospitals in Costa Rica are all in or around the capital of San Jose.

In terms of residence programs, Costa Rica has several. The Pensionado program is specifically for retirees with a monthly income of at least $1,000 from a pension or other retirement account. To qualify for this program, you’ll need to transfer that income to a Costa Rican bank account and exchange it to Costa Rican colóns.

Best Place to Retire Abroad Near the U.S.: Mexico 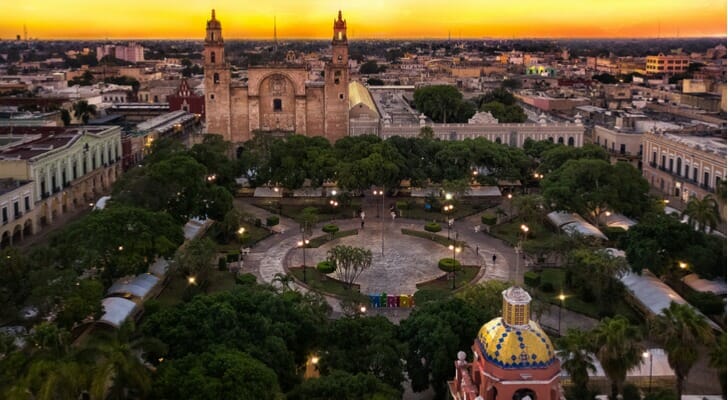 Many retirees find Mexico to be an attractive retirement destination due to its weather, affordability and proximity to the States. You can reap the benefits of retiring abroad, but you won’t have to worry about crossing an ocean to get home. A retired couple can expect to retire in Mexico on roughly $2,175 a month.

When it comes to healthcare, Mexico operates both public and private medical facilities. Some facilities work with U.S. health insurance providers, so it’s possible for you to keep your old insurance, but you’ll need to do your research to make sure you can pull it off. Most expats tend to favor the private facilities over the public. 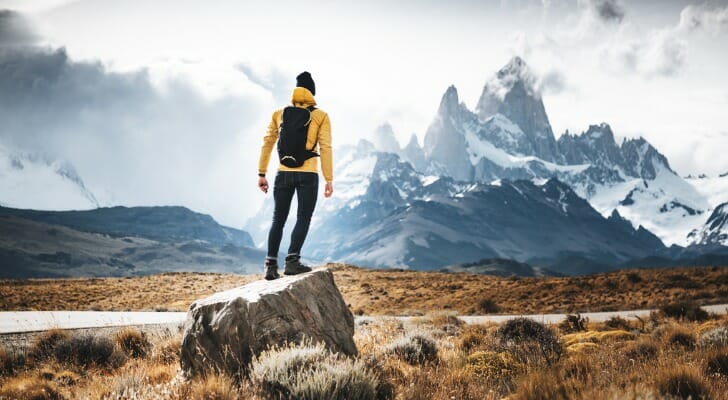 Argentina is an expansive country with diverse cultures and weather. In the North, mountains and forest are the norm. Temperatures can reach the low 90s in the summer months (which are the winter months in the Northern Hemisphere). Further south, in the Patagonia region, temperatures are cooler as you move closer to the South Pole, dropping as low as the high 20s (Fahrenheit) in the southern coastal towns. Buenos Aires, the capital and largest city, tends to range from the upper 40s to the mid 80s with plenty of rain in the winter months.

Argentina is very affordable relative to the U.S. Numbeo.com estimates from 2020 show the cost of living to be 50% to 60% lower. You can mostly likely live comfortably with a monthly budget of $1,500. Most expats choose to rent in Argentina. This is because transferring a lot of money from the U.S. can sometimes be a pain. In Buenos Aires, a one-bedroom apartment in the heart of the city will cost only $267 per month on average, according to numbeo.com.

Argentina has visas designed for retirees. You’ll just need to prove that you are, in fact, retired; that your monthly income is above $820; and that you’re receiving some sort of retirement income (like Social Security or a pension). These visas will last for one year, at which point you’ll have to apply for a renewal. After two successful renewals, you’ll be able to apply for a permanent resident visa. The good news is that you won’t have to pay taxes on your Social Security or pension income in Argentina. You will have to pay taxes on any income that comes from Argentina, however.