How to Retire in Germany 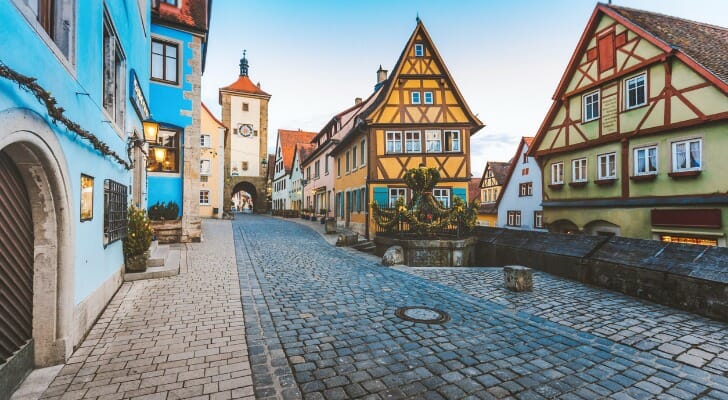 Germany has become a popular destination for American retirees due to its reasonable costs, excellent healthcare system and well-kept infrastructure. The weather may not be on the level of Thailand or Portugal, but if you don’t mind some chilly winters, Germany could be the retirement destination you’re looking for.

Average Cost to Retire in Germany

As any financial advisor will tell you, one of the most important factors to consider when building a retirement plan is your cost of living. Like any other country, how much money you’ll need to live in Germany will depend on the city you choose. According to Numbeo, a website that collects pricing data from citizens, the average monthly budget you’ll need in Germany (excluding rent, but including food, utilities, transportation and recreation) would be the equivalent of around $920. This will be slightly higher in the biggest cities like Munich, Hamburg or Berlin, and it will be lower in smaller cities like Dresden and Hanover. That’s about the same monthly budget you’d need to live in a U.S. city like Atlanta, Georgia, and cheaper than a large city like Chicago, Illinois (which would require a monthly budget of around $980).

Rent in Germany is 31.09% lower than in the U.S., according to data from Numbeo. Rent on a one-bedroom apartment in the center of the city can cost you as much as $1260 in a city like Munich and as low as $590 in a city like Leipzig. This wide range in rent prices is similar to the U.S., where a one-bedroom in New York City can easily clear $3,000 a month, and an identical apartment in Albuquerque, New Mexico can go for $830.

There are more than 100,000 SHI-accredited physicians in Germany working in ambulatory care. Roughly half of these are general practitioners, internists and pediatricians. The other half are specialists. These physicians are typically compensated on a fee-for-service (FFS) basis that follows a uniform fee schedule. Physicians and SHI insurers negotiate to come up with the fee schedule.

Hospitals work slightly differently. Roughly half of hospital beds are in public hospitals; about a third are in private, not-for-profit hospitals; and the rest are in private, for-profit hospitals. The doctors in hospitals are salaried and mostly work only in inpatient care. Unless you’re dealing with highly specialized services or an emergency, you’ll most likely need a referral for inpatient care. For inpatient care, you pay per admission according to a system of diagnosis-related groups (DRGs) that are revised each year.

If your income is above $71,564, you have the option to opt out of SHI coverage and purchase private coverage instead. Only 11% of the population in Germany, or one fourth of eligible residents, choose this route.

Visas for Retirees in Germany 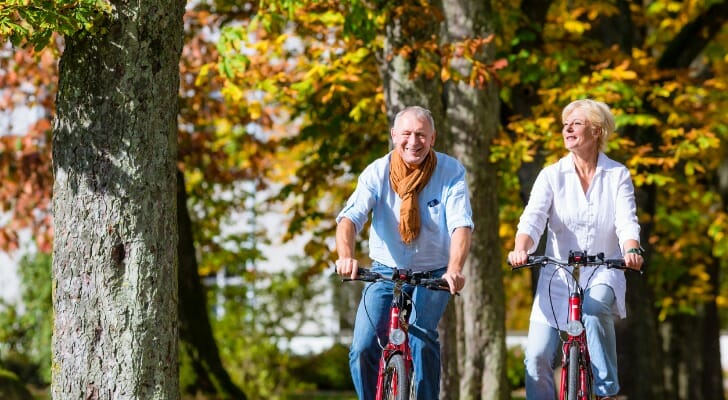 As an American, you can stay in Germany for up to 90 days without a visa. To stay longer, you’ll need to apply for a temporary residence permit (Aufenthaltserlaubnis) during your initial 90 days. This will more than likely require your passport, proof of German address, proof of health insurance and evidence that you can financially support yourself without working. Temporary residence permits last one year, and they’re fairly easy to renew. Once you’ve spent five years in Germany, you can receive a more permanent settlement (Niederlassungserlaubnis). Depending on your specific circumstances, this may require you to demonstrate knowledge of the German language and society.

If you prefer, you can also apply for your temporary residence permit through the German consulate while you’re still in the U.S. This may be the safer plan; while plenty of Americans obtain permits for retirement, receiving one isn’t guaranteed.

Even in retirement, home buying isn’t as widespread in Germany as it is in the U.S. According to Statista.com, only 51.4% of German residents owned a home in 2017, one of the lowest figures in Europe and well below the U.S. rate of 64.4%. If you are looking to buy a property, you’ll need a mortgage from a German bank. You’ll need to assure the bank that you intend to stay in Germany for the long haul in order to secure approval.

Additionally, you should be ready to pay more than 20% for your down payment, as some banks and sellers view expats as riskier buyers than locals. You’ll also need to pay some extra fees including property sale tax, notary fees, registration fees and estate agents fees. All of these can add up to around 10% of your property’s price.

Because of the complications that come with home buying, you may choose to rent a place in Germany. One thing to know about renting in Germany is that many apartments don’t come equipped with appliances like refrigerators or dishwashers. You’ll likely need to purchase those separately. Air conditioning isn’t essential for summers, but you’ll definitely need heat for the winters. Weather in Germany is similar enough from city to city. You can expect the temperature to peak in the low 70s (Fahrenheit) in the summer and drop to the high 20s in the winter.

Taxes for Retirees in Germany

You’ll still need to file a U.S. tax return as an expat, even if you don’t end up having to pay any U.S. taxes. It’s unlikely you’ll have much income originating from outside the U.S. in retirement. If you do, however, you can use a few different provisions to reduce your U.S. taxable income. These include the foreign earned income exclusion, the foreign tax credit and the foreign housing exclusion, among others. Due to Article 19 of the U.S. German Tax Treaty, your U.S. Social Security income will have German taxes levied on it, but not U.S. taxes.

If you’d like to forecast your tax burden more specifically, you may want to consult with a tax expert who is familiar with both U.S. and German tax laws. 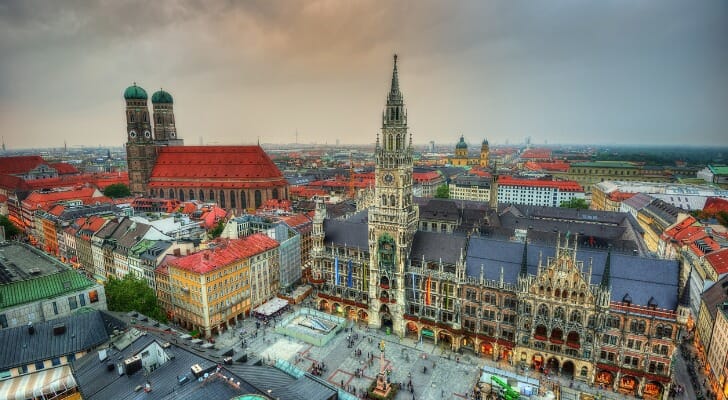 If you’re looking to spend your third act abroad, Germany has a lot to offer. You’ll have access to the resources of a developed country without paying an arm and a leg for it. While it may not be replete with pristine beaches or cloudless skies, Germany could be just the right place for you.

Hunter Kuffel, CEPF® Hunter Kuffel is a personal finance writer with expertise in savings, retirement and investing. Hunter is a Certified Educator in Personal Finance® (CEPF®) and a member of the Society for Advancing Business Editing and Writing. He graduated from the University of Notre Dame and currently lives in New York City.