Best Places to Retire in Utah 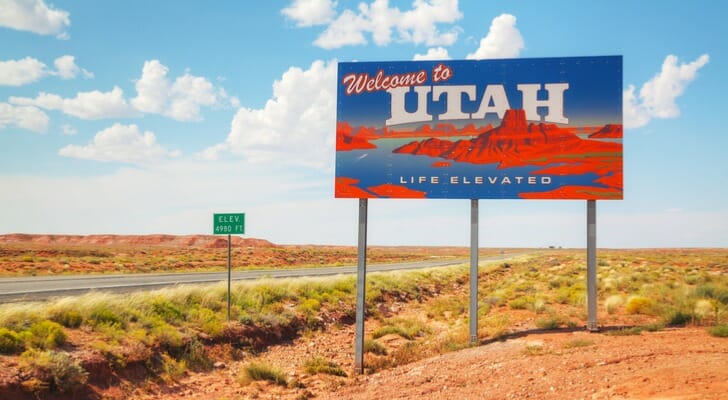 Between the mountains, the scenery and the relatively easy access to the beaches and other attractions of the West Coast, a retirement in a Mountain West state like Utah certainly has its appeal. But where in the Beehive State should you hang your hat? There are a number of good options. This guide will take you through the top 10 best places to retire in Utah, and tell you what makes each city a great place to spend your golden years. If retiring in Utah is your goal, financial planning can make it a reality. SmartAsset’s free financial advisor matching service makes it easy to find a financial advisor who can help you achieve your retirement goals and plan for things like the estate tax.

We considered many factors when making our list of the best places to retire in Utah. Knowing that taxes are always a concern for those who have stopped earning a regular income, we looked at each city’s tax burden. Healthcare is of the utmost importance to older people, so we calculated the number of medical centers per 1,000 residents. We also looked at the number of recreation centers and retirement communities per 1,000 residents. We considered these metrics to give an impression of each city’s options for having fun and joining a community. Finally, we took into account the percentage of the city’s total population made up of seniors to show how popular the town is among retirees. Based on those metrics, these are the best places to retire in Utah.

Located east of the state capital of Salt Lake City, Park City leads this list with 10.93 medical centers per 1,000 residents, so you’ll never struggle to find a good healthcare option for you. On the downside, the town tops this list with a tax burden of 21.00%, which is something to take into account when calculating your cost of living. The town also leads this list with 6.78 recreation centers per 1,000 residents. Park City is the home of the Sundance Film Festival, so plan on having visitors every year who want to catch the latest and greatest indie flicks. It’s also close to Wasatch Mountain State Park and Uinta-Wasatch-Cache National Forest, so opportunities for outdoor recreation are plentiful.

Located in central Utah, Nephi has the lowest tax burden on this list. Its tax rate is 19.60%, which is higher than in some other states but low compared to other cities on this list. Nephi also tops this list for its number of retirement communities, with 0.55 retirement communities per 1,000 residents. The city doesn’t fare as well when it comes to medical and recreation centers though. There are 1.65 medical centers per 1,000 residents, which puts Nephi third-from-last in that metric. It brings up the rear when it comes to recreation centers, with 0 per 1,000 residents. It is in the middle of the pack with a senior population percentage of 12.80% though. The town is not far from Manti-La Sal National Forest and is just under 90 minutes from Salt Lake City, offering a variety of recreation opportunities.

This college town is the home of Utah State University Eastern. It has a tax burden of 19.90%, which puts Price in the middle of the list in that metric. There are 4.00 medical centers per 1,000 residents, the third-highest among the best places to retire in Utah. Price’s 0.35 retirement communities per 1,000 residents is the second-highest here. As far as entertainment options go, the USU Eastern Prehistoric Museum is in Price and has exhibits both on dinosaurs and local prehistoric peoples. Price is also close to both the Manti-La Sal National Forest and Nine Mile Canyon, so sightseeing is never hard to find. 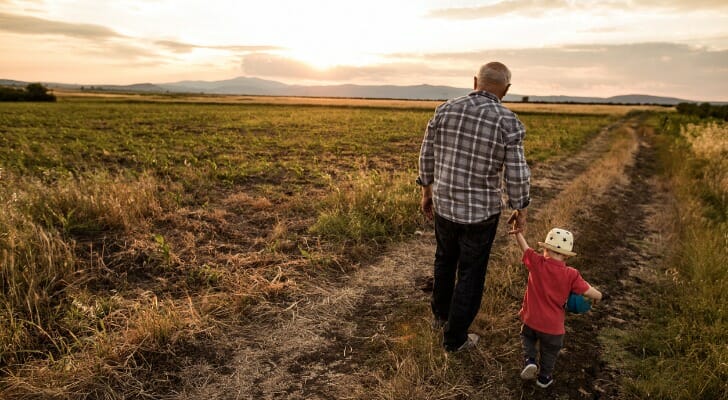 The capital of the state comes in at fourth on our list, and it gets there in part by having the second-highest number of medical centers per 1,000 residents with 4.58. Salt Lake City also has 1.22 recreation centers per 1,000 residents, second on this list. The tax burden is 20.10%, though, which is the second-highest tax rate among the best places to retire in Utah. Salt Lake City is a vibrant cultural destination, a potential draw for anyone considering moving to Utah. There is an NBA team, the Utah Jazz, and a minor league baseball team. Other professional sports teams play in nearby suburbs. The Church of Jesus Christ of Latter-day Saints is headquartered in the city, and a museum of the church is a popular attraction.

Providence is a town in northern Utah, located less than half an hour from the Idaho state line. It has a tax burden of 19.90%, which ties it for third-highest tax rate on this list. The town has 3.12 medical centers per 1,000 residents, the fourth-highest number on this list. The percentage of seniors among the population of Providence is 14.10%, placing this Utah town right in the middle of the pack. Providence sits near the Millville Face Wildlife Management Area and the Bear River Migratory Bird Rescue, so outdoorsy types will enjoy this town.

Bountiful is located north of Salt Lake City, not far from Grandview Peak and a few other mountains suitable for climbing, if that’s how you want to get your exercise. It’s home to a large Mormon Temple, built in 1995. The town has a tax burden of 20.10%, which ties it for the second-highest tax rate of any town on this list. Bountiful’s 3.05 medical centers per 1,000 residents has it ranking fifth among the best cities to retire in Utah. Bountiful also ranks highly for the percentage of its population made up of seniors, who account for 15.90% of the total population.

Ivins is tied for the lowest tax burden on this list at 19.60%. While this is higher than in some other states, it’s a good tax rate for Utah retirees. The town is located in the southwestern corner of the state, not far from the Arizona state line. Ivins has just 0.41 medical centers per 1,000 residents, the lowest number on this list. It comes in third, though, when it comes to recreation centers, with 0.68 per 1,000 residents. Ivins also leads the best places to retire in Utah with a senior population percentage of 23.80%. The Coyote Gulch Art Village, a small group of art galleries and installations, is in Ivins, so art lovers may enjoy a retirement in this town.

This southern Utah town is right on the edge of the Sand Hollow Reservoir and Sand Hollow State Park. Hurricane is tied for the lowest tax burden on this list, with a tax rate of 19.60%. It has the second-lowest number of medical centers at 0.75 per 1,000 residents. The town comes in second for the percentage of seniors among its population. Seniors account for 18.50% of the town’s population. As far as activities, Hurricane hosts the annual Peach Days Street Festival and a car show every Easter.

Brigham City is located just northeast of the Great Salt Lake, so water sports enthusiasts won’t be far from their boats. The town has a tax burden of 19.80%, about average compared to other towns on this list. It also ranks towards the middle of the pack in terms of medical centers, with 1.58 per 1,000 residents, and retirement communities, with 0.16 per 1,000 residents. The nearby Golden Spike National Historic Site celebrates the completion of the first transcontinental railroad, so history enthusiasts and train obsessives alike will want to visit you if you end up settling in Brigham City. 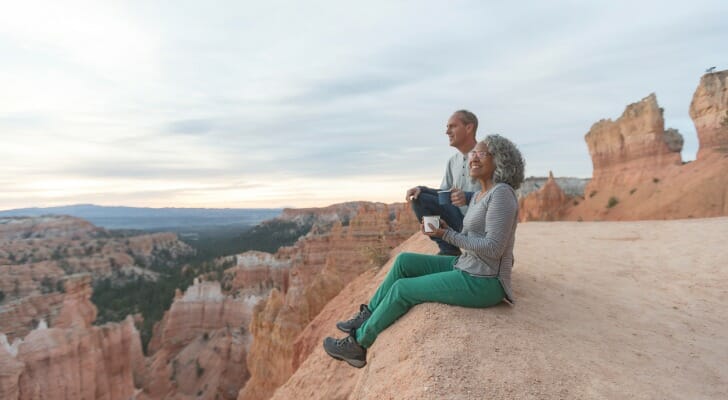 Richfield, in central Utah, wraps up this list of the best places to retire in Utah. It ties for the third-highest tax burden, with a tax rate of 19.90%. It has the sixth-most medical centers per 1,000 residents at 2.38. Richfield has just 0.13 retirement communities per 1,000 residents, which puts it towards the bottom of the list in this metric. Richfield is a rural community, and it’s located right next to the Fishlake National Forest, so nature lovers may be drawn to the town.