What Is a Subprime Mortgage, and Who Should Get One? 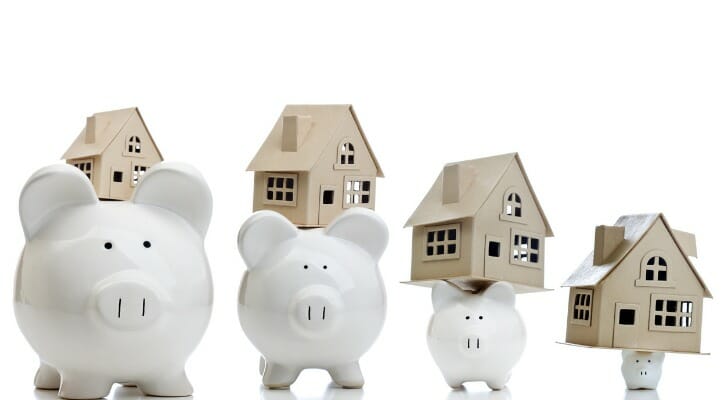 A subprime mortgage is a type of home loan issued to borrowers with low credit scores (often below 640 or 600, depending on the lender). Because the borrower is a higher credit risk, a subprime mortgage comes with a higher interest rate and closing costs than conventional loans. While getting access to the loan is a benefit, there are some risks involved for the borrower that you may want to discuss with a financial advisor before deciding to move forward.

The term “subprime” can be confusing because it is used in contrast to “prime,” which can refer to the lending rate as well as the loan and borrower. So “subprime” may sound like a lower interest rate, but it really means lower quality (when referring to the loan) or creditworthiness (when referring to the borrower). It would be clearer to call these mortgages “non-prime,” which is what some lenders are doing now (partly to distance the loan classification from the financial crisis of 2007 – 2008, in which subprime mortgages played a major role).

Subprime mortgages often get a bad rap because of their history. But for people with weak credit histories who want to own their own homes, subprime loans can be a great help. Of course, an alternative route is waiting a while to rebuild your credit or save a bigger down payment before applying for a conventional mortgage.

Borrowers typically consider a subprime mortgage when looking to buy a home if they have a credit score that is less than 640. These loans come with higher interest rates than a more traditional loans that borrowers with better credit scores have access to. The interest rate for a subprime mortgage is determined by looking at similar factors to other mortgage loans, such as your credit score and down payment. Past delinquency credit activity typically plays a larger role when underwriting this type of mortgage.

In the mortgage business, borrowers with poor credit histories are considered high risk and more likely to default on their loans than borrowers with high credit scores. After all, would you loan money to someone with a habit of missing payments and borrowing more than they can pay back? That’s what runs through the heads of mortgage lenders when considering applications for subprime mortgages. So to compensate, they issue these loans with higher high-interest rates and fees.

To put that into perspective, the average interest rate for a 30-year fixed-rate conventional mortgage hovered around 4.01% in 2019. Compare that to interest rates for subprime mortgages, which were as high as 10% in 2019. Remember, interest is the cost of borrowing money. So the higher the rate, the more you’ll pay in the long run. And when calculating your mortgage payments, you’d also have to crunch property taxes and other factors.

But that’s not all. Most lenders require a down payment on your mortgage. For conventional mortgages, it typically stretches from around 10% to 20% of the home’s purchase price. For subprime mortgages, that rate can go as high as 35%, though it can also go as low as 3%. When down payments are lower than 20%, you’ll typically have to get private mortgage insurance – or apply for an FHA, VA or USDA loan if you are eligible (more about these loan programs below).

It may seem like it’s nearly impossible to pay back a subprime mortgage when you look at the long-term cost. And that was the case for many people in the mid-2000s. In fact, people defaulting on subprime mortgages played a huge role in triggering the financial crisis of 2007 – 2008.

Following the Great Recession, subprime mortgages exist a bit differently today and they are under heavier regulations. But they still carry major risks. Below, we describe the kinds of subprime or non-prime mortgages available no.

Fixed-rate subprime mortgages: You can find subprime mortgages that lock in your interest rate for the life of the loan. These are similar to their conventional fixed-rate counterparts. But instead of 30-year terms, you’d likely find terms stretching from 40 to 50 years! While that arrangement can mean low monthly payments, you end up paying a lot more in interest in the long run.

Adjustable-rate mortgages (ARM): These types of loans also exist under the conventional mortgage umbrella too. Basically, you start off with a fixed interest rate before the rate begins to shift throughout the life of the loan. The size of that shift depends on whatever market index the loan is tied to and the overall economic condition. So it can rise and fall: sometimes minimally, sometimes dramatically. Terms for ARMs are usually 30 years. So when you see a “2/28 mortgage,” all that means is that the rate is fixed for the first two years. It would vary during the remaining 28 years. Or you can see it broken down like a 5/1 ARM. This means the rate is fixed for five years before it becomes variable once every year. Some people aim to clean up their credit by the time the variable rate kicks in, so they can qualify to refinance their mortgage with better rates and terms.

Interest-only mortgages: These were common at the dawn of the Great Recession. Basically, you’re required to make interest payments only for a specific amount of time. It’s usually five to seven years. At the end of that term, you begin to pay off the principal (the initial amount you borrowed) as well as interest. Most borrowers, though, would refinance at this point.

Dignity mortgage: This is a new type of subprime mortgage with many moving parts. First, you make a down payment of about 10%. You’d also get a higher interest rate for a set period such as five years. If you’ve made timely payments to the end of that period, your interest payments reduce the overall mortgage balance. In addition, your interest rate switches to a more favorable prime rate. 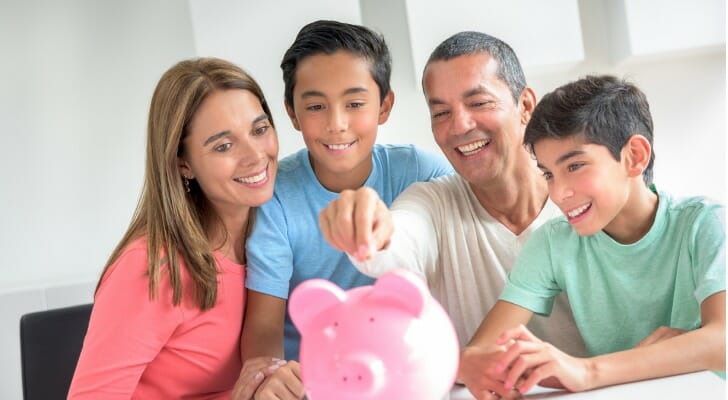 If you haven’t owned a home in the past three years, there is likely a first-time homebuyer program you can benefit from. Specifically, you may qualify for a government-backed program that offers better rates and terms than subprime mortgages. The three post popular programs are FHA, USDA, and VA loans. 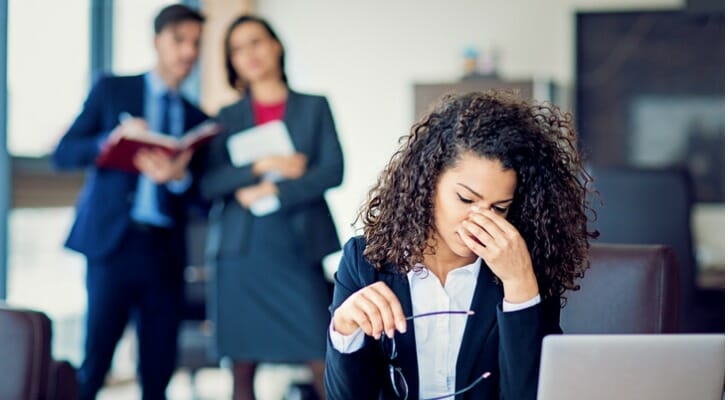 The concept of the subprime mortgage blossomed to help Americans achieve their dreams of owning a home despite their lack of access to conventional mortgages. However, these loans took on an infamous connotation at the dawn of the Great Recession in the mid-2000s.

Subprime mortgage lenders in part fueled the financial crisis that shook the globe between 2007 and 2008. Many of these lenders were handing out loans to people who couldn’t pay them back. As securing a mortgage became easier, more and more people jumped into the game. This led to rising home prices, which kept going higher and higher – and creating a bubble. In addition, lenders started pooling loans into mortgage-backed securities before selling them to investors.

When hordes of borrowers defaulted on their loans, nearly everyone involved took a huge hit. People lost their homes, lenders lost their money, as did investors. The domino effect, along with other components of the financial meltdown, spread worldwide creating a global recession. But as the economy normalized, several types of subprime mortgages disappeared. And new ones have taken their place.

Today’s subprime mortgages still cater to people with less-than-favorable credit scores. However, these loans undergo a much stricter regulatory environment. The Consumer Financial Protection Bureau (CFPB) currently oversees subprime mortgages. One big change: subprime borrowers need to take part in homebuyer counseling led by someone approved by the U.S. Department of Housing and Urban Development (HUD) before obtaining a loan.

It’s important to note, however, that some of the post-recession regulations that affect subprime mortgage lenders composed parts of the Dodd-Frank Act. The fate of this law is uncertain. Bills such as the Mortgage Choice Act seek to amend portions of the Dodd-Frank Act, while others aim to dismantle it all together. Regardless of what happens, it’s important to be aware of the risks involved with sub-prime mortgages.

Subprime mortgages give access to buying a home to borrowers with a below-average credit profile. In exchange for the access to funds, you’ll typically pay more interest every month than you could if your credit was better. While these mortgages come with their own pros and cons, it’s important to fully analyze the financial impacts of the mortgage before taking the plunge.

Tips For Buying a Home

Javier Simon, CEPF® Javier Simon is a banking, investing and retirement expert for SmartAsset. The personal finance writer's work has been featured in Investopedia, PLANADVISER and iGrad. Javier is a member of the Society for Advancing Business Editing and Writing. He has a degree in journalism from SUNY Plattsburgh. Javier is passionate about helping others beyond their personal finances. He has volunteered and raised funds for charities including Fight Cancer Together, Children's Miracle Network Hospitals and the National Center for Missing and Exploited Children.
Share Tweet
Related Posts
Read next article