The Economics of Flowers: A Mother’s Day Must? 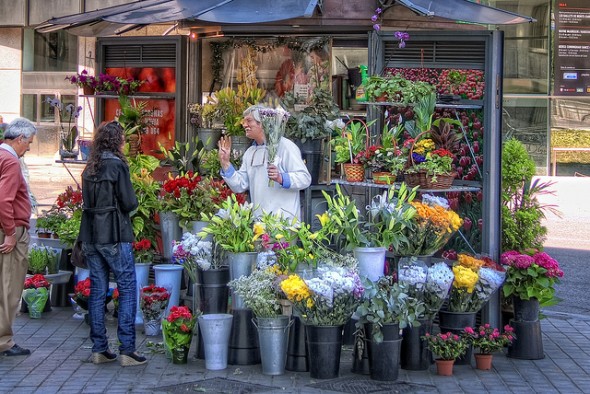 They’re as much of a holiday obligation as a card, a fancy dinner, or a phone call, de rigeur for certain people in our lives, as well as the go-to gesture for congratulations or apologies. And they constitute an industry that commands close to $34.3 billion in yearly revenue. Not bad for plant reproductive systems. But do you really need to buy your mother flowers on Mother’s Day? 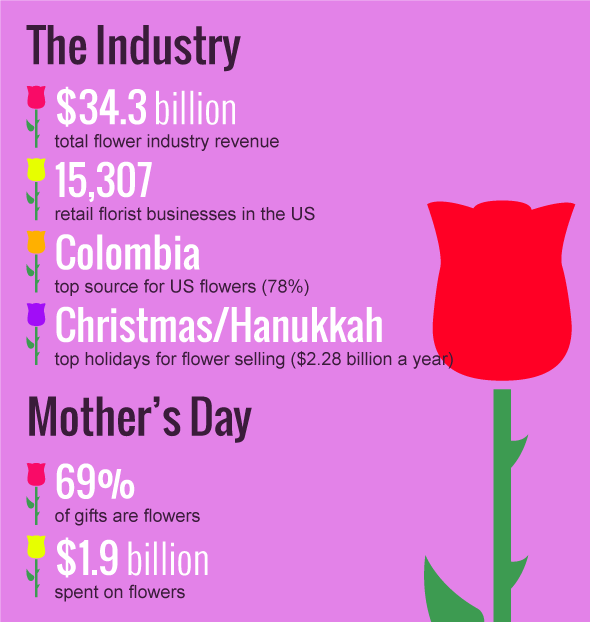 Yes, flowers may be big business all year, but like all produce, they have their seasons. Florists from coast to coast move the largest number of stems in the lead-up to a few holidays in particular.

The winter holidays, Christmas and Hanukkah, account for the largest percentage of all holiday flower sales (30%, or about $2.28 billion, and around a quarter of all cut flowers sold in a year).

But much earlier in the year are Valentine’s Day and Mother’s Day, which command 25% of the holiday market share each with close to $1.9 billion worth of cut flowers sold in the lead-up to each of them. Even the healthy numbers ($760 million a year) posted by Easter and Passover floral arrangements look paltry compared to this.

There are, after all, some 85.4 million moms in the US, and an incredible 69% of all Mother’s Day gifts are flowers, making them the single most popular choice for Mom. This means out of the average $61.56 spent per American adult on Mother’s Day gifts this year, $42.48 is going into the floral industry’s coffers.

As Mother’s Day is swiftly approaching and the floral industry gears up for one of its biggest weeks of the year, a massive amount of preparation has to fall into place to maintain the international supply chain that stocks stores with the blooms Mom is sure to love.

The 15,307 retail florist operations in the United States are dependent upon growers and wholesalers for their stocks – most of the stateside growers are in California, but many more cut flowers are imported than are domestic.

Roses, the single most popular flower in the U.S. year-round, consist of 30 to 35% of cut flowers sold in a given year, but only 1% of the roses in the U.S. are actually grown stateside, according to DailyFinance.

Some 70% of retail flowers in the U.S. are grown in Colombia, since even the cost of packing, preserving and shipping a perishable product like fresh flowers internationally is offset by the much-lower average wages abroad.

Colombia gets a certain degree of preferential trade treatment from the U.S., too, as the government allows Colombian flowers to be imported duty-free and the State Department grants hundreds of millions of dollars into that country’s agricultural sector, in order to disincentivize farmers from growing cocaine as a cash crop.

At the same time, while Colombian flower growing is subsidized, U.S. growers are looking at government farm aid in peril due to growing concerns over waste. All of this brings their costs up over the much-lower overhead of flower importers.

California flower farmers in particular have attempted a grassroots “Buy Local” movement, hoping to match the popularity of locavore food trends, but so far that hasn’t slowed the import rate.

The Winds of Fashion 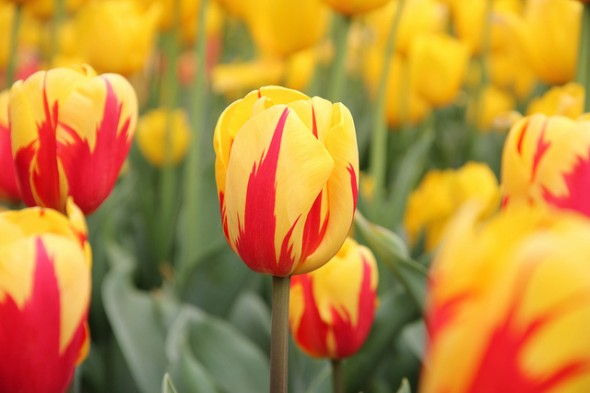 But for all the woes that the profusion of imports cause domestic flower growers, they’re not about to be put out of business yet, because of America’s diverse flower tastes.

A representative of the national flower retailer FTD said that Mother’s Day flowers “like anything with aesthetic value, are subject to trends. There is consistent demand for certain stems (roses, lilies, carnations) but everything else is subject to year to year change.”

FTD and its competitors are able to rake it in around specific holidays not just because of the sheer volume of flowers sold, but also because specialized arrangements can command significant markups. The most popular choices (including those tulips this year) may see price increases of anywhere from 25% to 50% in the run-up to a flower-buying holiday, the FTD rep said.

And then there are the extra fees to get the flowers to the intended in time for the holiday. The hallowed Valentine’s Day tradition of a dozen red roses, for example, are the flowers that are most often shipped using FTD’s most expensive next-day rush option, the company said.

When people have more money in their budgets to spend, they naturally buy more extravagant gifts, which includes fancier flowers. Even in lean years, however, retail florist businesses don’t suffer too badly.

Flowers, as it turns out, are surprisingly recession-proof – they serve as a tangible symbol of good cheer and, as previously mentioned, are seen as something of an obligation for loved ones at holidays. FTD reports its sales numbers dipped by only about 5% from 2007 to the beginning of the recession in 2008 and didn’t see any significant further drops throughout the recession period, attributable to the fact that people weren’t necessarily buying fewer flowers, but were buying cheaper ones (and the dozen red roses for Valentine’s Day is a persistent enough cultural trope to survive any economic downturn).

And weddings, which spur big business for flower growers and sellers, are expected to increase as the economic recovery continues and as more Millennials mature to marrying age. The number of weddings fell by 120,000 a year from about 2.2 million to 2.08 million throughout the recent recession.

Business may be good for large nationwide flower operations, but the outlook is less positive for individual floral designers.

According to the Bureau of Labor Statistics, their median pay is only $25,010 a year, and jobs in the flower arranging sector are expected to decline by 3% in the next ten years, thanks to the availability of online flower ordering from internet retailers and a lessening interest in custom bouquets in favor of simpler premade ones.

“The advance of growing techniques and genetic modification for hardier and bigger stocks in the wider world of agriculture extends to floriculture,” says Eric Brenner, a professor of plant biology at New York University. “This means the biggest conglomerates dealing in all kind of plant products get the best of it to the expense of the smaller growers and sellers, flowers included.”

In other words, things look bleak for the small florists, unless they are particularly high-end establishments catering to specialty tastes and demands for unique designs.

What Does She Really Want? 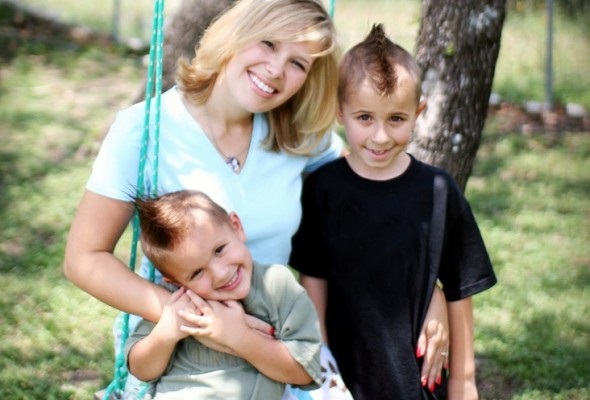 So is all the stress over Mother’s Day flowers worth it on the consumer end?

There’s the agonizing over whether to buy something fresh and trendy or an old classic standby, and whether you have the stems delivered to Mom’s house or you should bring them yourself – it can wind up costing sleep in addition to the $50 or so you might spend on the flowers themselves.

Well, studies show that even though Mom definitely wouldn’t say no to a nice bouquet, she’d almost assuredly prefer something that’ll remind her more of you. Even though the majority of Americans give their moms flowers each year, only 23% of mothers reported wanting them, according to a CreditDonkey survey. Most mothers actually are more likely to want something homemade (36%) or to be taken out to dinner (35%), proving that quality time and heartfelt thought are what really counts.