Why Is Gold Valuable? 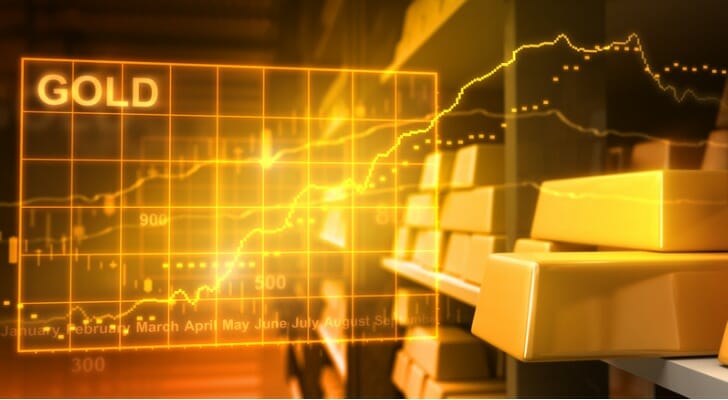 The value or price of gold has risen since mid-March 2020, reflecting worries across the financial world about how much purchasing power major paper currencies hold. In light of the deep recession caused by the coronavirus pandemic, the world’s most powerful central banks have responded in two ways: with a combination of quantitative easing – essentially money printing – and lowering interest rates (to sometimes even negative rates). The combination of these two monetary actions could possibly lead to inflation. As a result, many people seek gold as a more reliable store of value than normally stable paper currencies.

The Current Basis for Gold’s Value

The price of gold has been rising – as of July 2020 it reached a seven-year high – since major central banks responded to the severe recession caused by the coronavirus pandemic with a combination of quantitative easing and low interest rates. Both initiatives of major central banks aim to support devastated businesses and alleviate widespread unemployment by stimulating economic activity.

These initiatives, however, is a concern for people bidding up the price of gold because together they will create what is called “demand-pull inflation.” That’s what happens when central banks, like the U.S. Federal Reserve, print money at a rate higher than the growth rate of the economy. With more money in circulation, demand grows and prices go up.

Here’s another way to look at it: Think of an online auction. The more bidders for an object (i.e. the more money pursuing an object), the higher the price or value of that object. Remember, money is essentially worth whatever we believe is valuable enough to trade it for.

An aggravating factor: The money printing and availability of cheap money via extremely low interest rates comes during a major recession. When inflation occurs during a recession, you get stagflation. This can lead to hyper unemployment and extremely low purchasing power. So it’s no surprise that inflation is linked to what’s called the Misery Index, an economic bellwether that measures, in part, how the average person is faring against inflation.

Think of inflation as a tax on holding cash. Given the concerns that cash will soon be less valuable because it is being “taxed” by inflation, it’s reasonable to look for alternative ways to “hold” it. One alternative could be investing in securities, like stocks. However in this scenario, stocks would now be priced at historically high levels – a direct result of monetary support – meaning that prospects that allow for a downward adjustment of the inflation rate are more compelling, especially since the economy is in a recession. In the absence of a reasonably priced security, gold emerges as a rational alternative.

The Historical Basis for Gold’s Value

Gold’s value is rooted in its history as currency. For centuries, governments minted coins out of the metal. Until the mid-20th century, even after shifting to paper money, most Western governments still based their currency on it. Several properties of gold have made the metal a solid and reliable currency without compromising its value:

Remarkably, virtually no other element on the periodic table actually meets all of these criteria. Even silver, the second-most common metal used for money, corrodes over time.

Gold’s reliability over time wasn’t just about what made it easy to carry and work with, either. A good currency needs to have little, if any, other intrinsic value. A currency with inherent value would distort every price in an economy by the underlying value of the currency itself. For example, if the U.S. based its currency on salt, as the Roman empire did once, prices would constantly fluctuate not just based on economic forces but also based on the market demand for salt. We didn’t necessarily need gold for any other purpose, which made it an ideal currency.

Things began to change in the 19th century, however, with the industrial revolution. That was the first time in history that economies began to experience sustained growth. Miners could no longer pull gold out of the ground fast enough to keep prices stable, leading to a century over which economies gradually disentangled themselves from using gold as the basis for an economy.

Two Problems With Gold As Money 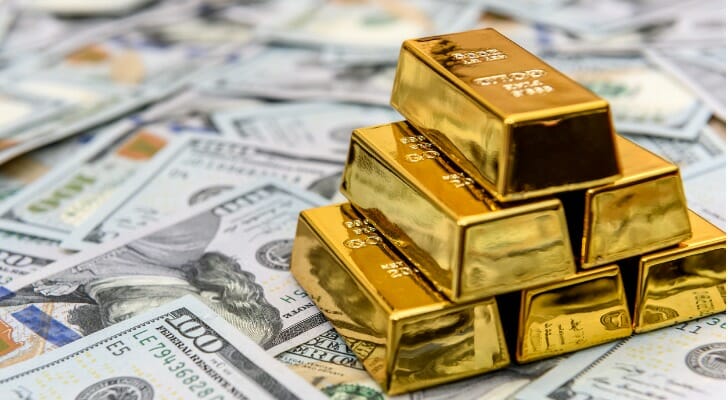 Today, as in days past, there are two primary problems with using gold as currency.

The first is that gold, as the basis for an economy, gives a government no power to affect a balance between currency supply and economic growth. In the 16th and 17th centuries, Spain colonized much of what we now know as South and Central America. During this period, the empire shipped the gold that explorers found back across the Atlantic. This flooded the markets of Spain, causing spiraling inflation and an economic crisis.

Prices in an economy are set in part by the availability of currency. All things being equal, if access to currency expands faster than the economy can produce new goods and services on which to spend that currency, then inflation will set in. If people have more money but there’s nothing new to spend that money on, they will begin to offer more money for existing products, and in turn push prices up.

A second problem with gold as a currency is that it can be deflationary, meaning that it can cause the price of goods and services to drop. Consider the U.S. gross domestic product (GDP). The U.S. generally targets an annual growth rate of between 2% and 3% for its GDP. This means that the total value of all goods and services produced across the economy should increase by this much over the previous year. If bakers produced 100 loaves of bread in the previous year, this year their target should be to produce 102 loaves. If lawyers produced 100 hours of legal services last year, this year they should aim to produce 103. And so on.

To keep prices stable, the amount of money available to consumers needs to expand at a comparable rate. If bakers produce 100 loaves of bread and consumers have $100 in circulation, bread will most likely stabilize at $1 per loaf. If bakers produce 102 loaves of bread and consumers, overall, still only have access to $100, the price of bread is likely to drop. Bread will now cost around $0.98 per loaf. It will drop again when 2% growth means 104 loaves of bread available to buy, and again during each subsequent year of economic expansion. A rational consumer might slow down the rate at which they purchase bread, waiting for it to get inevitably cheaper as time goes on.

This is relevant to gold because governments lack control over how much gold they can access at any given time. With paper money, when the economy grows the mint can print currency to keep up. With gold, having access to or creating more of it is rarely an option. Deflation encourages rational consumers to hoard their cash because they expect falling prices and, in some cases, because they fear an economic apocalypse. This impetus to hold on instead of spend can cause businesses to lose customers, lay off workers and slow the economy in general. 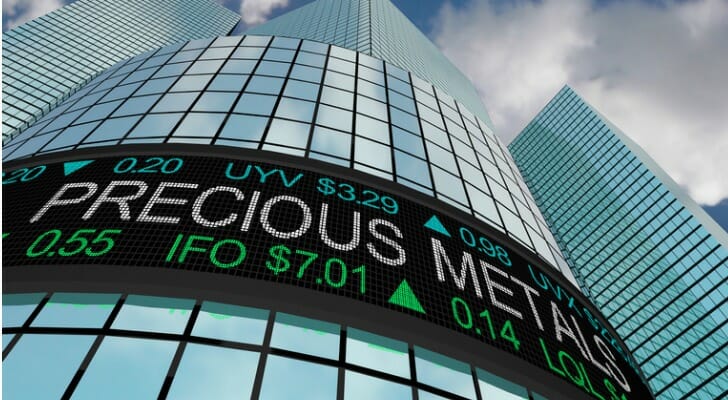 Gold, which can be owned in a mutual fund or IRA, has been the basis of money for thousands of years because its specific chemical properties and level of rarity have deemed it valuable in a practical way. Recent gains in the price of gold stem from people’s use of it as a store of value when the economy looks shaky or vulnerable to disruption, or when people fear that paper currency will lose its value and alternatives are unavailable.