Where the Average Household Can Afford the Most House 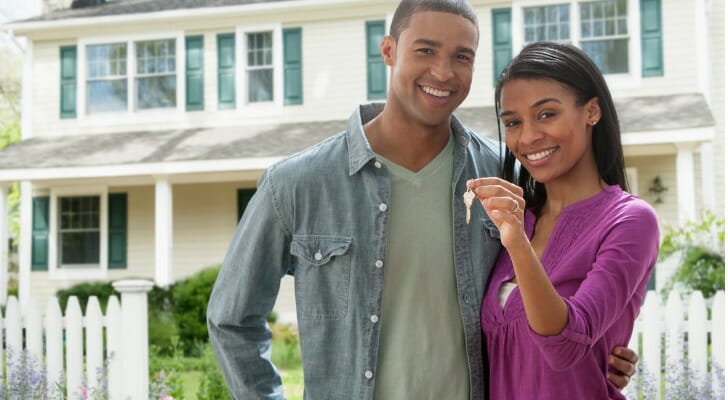 Home prices are on the rise in America’s largest cities, and incomes are just not keeping up. Outside of the wealthiest residents, homeownership is not in the cards for many in those cities. Adding extra pressure on prospective homeowners’ budgets are high debt payments, including record levels of student debt. In fact, debt is an often overlooked factor in the analysis of how much house residents can afford. A family with high household income but a lot of debt can probably not afford as much house as the initial income figures suggest. But being savvy and finding areas with high median incomes and low median house costs allows households to get the most bang for their buck in the housing market. It’s ultimately an undertaking for which you may want to consult a financial advisor to see how homeownership plays into your larger financial plan.

In order to find the places where the average household can afford the least and most house, we looked at data on the 25 largest metro areas. Specifically, we looked at median household income, average non-mortgage debt and local median home values to create our rankings. Check out our data and methodology below to see where we got our data and get a more in-depth description of how we put it together to create our rankings.

The Places Where Residents Can Afford the Most Home 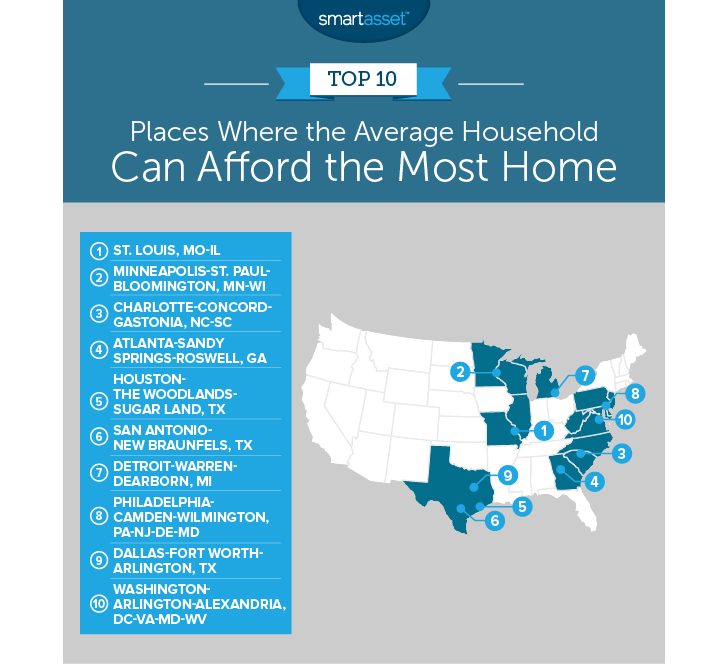 St. Louis is the metro area with the most affordable homes, according to our analysis. The median household income in this metro area is about $61,600, a bit above the national median. However, while residents here earn an above-average income, home values in the area are actually lower than the national median. The median home here is worth $172,200. But the average household in St. Louis holds nearly $37,000 worth of debt. So after taking that into account, we estimate the average St. Louis household could afford a home worth $233,000, about 35% more than the local median home value.

The median home in the metro area surrounding the Queen City is worth $197,100, according to the latest Census Bureau estimates. That compares favorably to the situation for the average Charlotte household. The median household here earns just under $61,200, with a total non-mortgage debt of $39,698. Plugging in those two figures, along with a down payment worth 50% of income, shows the median Charlotte metro area household can afford $223,000 worth of house.

Residents in the South have largely avoided the housing crisis facing cities in the Northeast and California. Coming in fourth is the Atlanta-Sandy Springs-Roswell, Georgia metro area. Households here earn about $65,400 on average, the second most in the top five. Despite the high income, Atlanta falls to fourth due to higher debt figures and local housing costs. We estimate the average Atlanta household could afford a home worth $240,000, 12% higher than the local median home value.

The Places Where Residents Can Afford the Least House 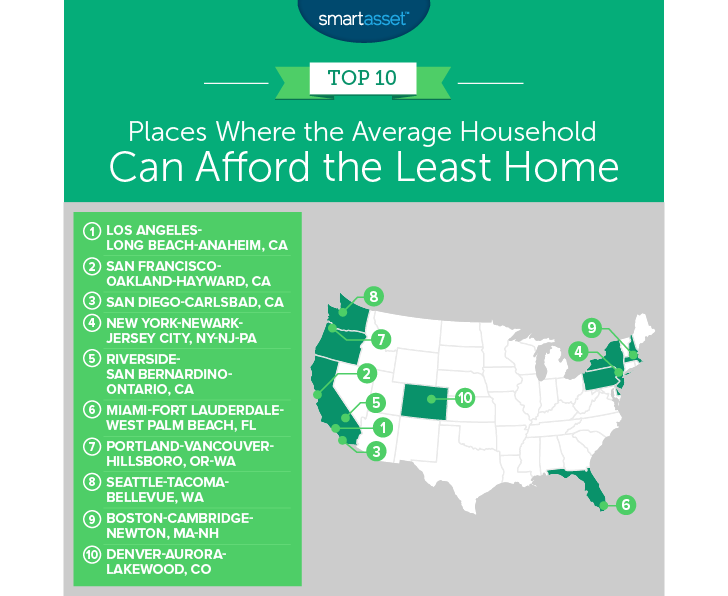 If you’re part of a typical household in the Los Angeles metro area, homeownership may be difficult. The median household here earns just under $70,000 per year and has about $39,148 in non-housing debt. That’s not a ton of debt relative to other cities. In fact, both Atlanta and Charlotte have lower income figures with higher debt. But while the income and debt figures in Los Angeles don’t stand out, the home value figures do. The median home is worth more than $617,000. We estimate the average Los Angeles household could afford a home worth $278,000.

San Diego-Carlsbad ranks 23rd for home affordability. The median household here earns $76,200 and holds about $41,000 in non-housing debt. We estimate, then, that the average household in the San Diego metro could afford a home worth $306,000. Unfortunately for San Diego residents, $306,000 is only 54% of the local median home value. That means residents here will have to keep saving if they want to afford a bigger home.

Living in the Big Apple means dealing with high home values. And getting outside of New York won’t help too much either. The median home value in the New York metro area is $440,900. We estimate that with an average income of $75,368 and average non-housing debt of $43,210 the average household in the New York metro area can afford $260,000 worth of house. That’s about 59% of the actual median home value in the area.

Riverside is the fifth-least affordable housing market in our list. We estimate the average household here can afford a home worth $230,000, almost exactly the same as the average household in top-ranked St. Louis. But while the median home in St. Louis is worth $172,200, the median home in Riverside-San Bernardino-Ontario, California is worth about twice as much: $342,300.

In order to rank the metro areas where the average household could afford the most and least home we looked at data on four metrics:

Tips for Investing in a Home You Can Afford