What Is the Unemployment Rate? It’s Complicated 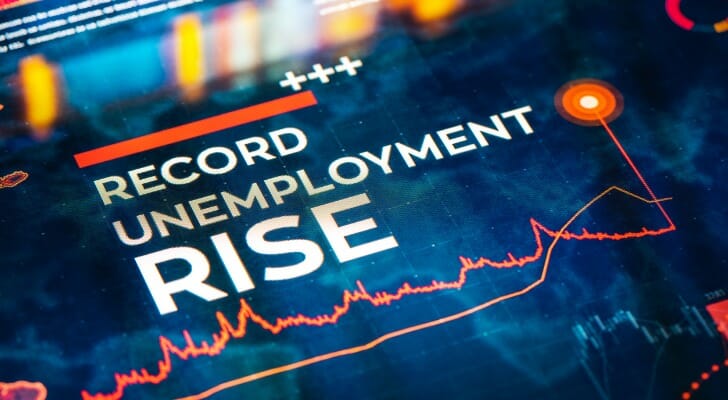 Unemployment is a messy statistic.

Every month the U.S. Bureau of Labor Statistics publishes its civilian unemployment rate or what is more commonly referred to as simply “the unemployment rate.” That rate was 13.3% in May – far above February’s 3.5% rate. The weekly rate in early June hovered slightly above 14%. These are some of the highest unemployment rates the nation has ever seen. Yet, it also likely overlooks millions of people who may be out of work. It all depends on how you define unemployment.

The Bureau of Labor Statistics (BLS) defines an unemployed person as someone who is of legal working age, available to accept a job, and actively seeking work. It does this to avoid measuring the broad swath of Americans who don’t work for reasons that have nothing to do with employment issues. Students and children, for example, do not work, nor do the nation’s 45 million retirees. Yet including them in the unemployment rate would distort a figure that’s supposed to reflect the national labor market.

When the BLS reports an unemployment rate of 14.7%, for example, this doesn’t mean that 48.5 million people are out of work. It means that of the Americans who are actively seeking work, roughly one in seven can’t find a job.

The Limit of Unemployment

The problem with the headline unemployment rate is that it bundles several assumptions into its reporting. Most importantly, using this figure as a proxy for the labor market as a whole assumes that that everyone who could and would work is also actively looking for a job. This is far from inevitable.

The population of a country that is willing and available to work is called a country’s labor force. The proportion of able-bodied adults (that is, physically and legally able to work) currently employed or seeking employment is called the labor force participation rate.

When the BLS measures its unemployment rate, it does not take into account the country’s labor force participation rate. This is not an oversight: Otherwise retirees, stay-at-home spouses and lottery winners would count towards the unemployed. Yet the result of this system is that people who stop actively looking for work, no matter the reason, stop counting as unemployed.

This can often lead to perverse results. Sustained bouts of joblessness, what economists call “structural unemployment,” can sometimes lead to a dip in the headline unemployment rate as dispirited workers stop looking for jobs. Or, as happened over the course of the Obama presidency, an improving economy can actually prevent unemployment from falling as workers come back in off the sidelines and begin looking for jobs again.

Unemployment and the Coronavirus 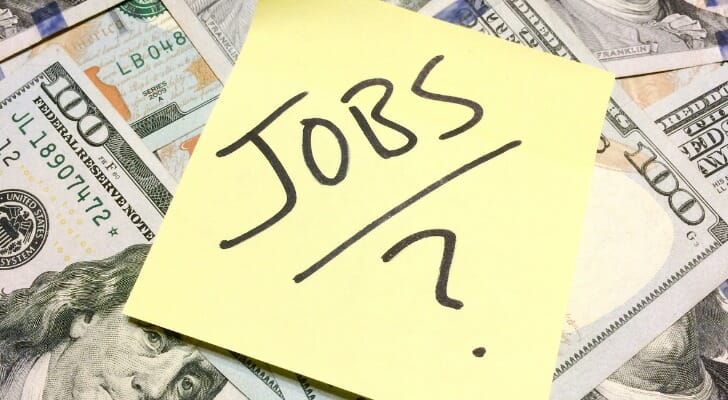 Unemployment during the coronavirus has triggered a flood of statistics, each showing the ongoing employment crisis from a slightly different angle.

The spread of data represents how difficult it is for modern economics to keep up with the speed and breadth of the coronavirus crisis. Most economics reporting lags by about one month, including the unemployment numbers. With a crisis that has evolved on a weekly, if not daily, basis, this has rendered most information obsolete even before it’s released.

Meanwhile, the coronavirus pandemic presents new issues with labor force participation. Many people who have been laid off are not looking for work, with some concerned about the health implications of job searches and others unwilling to look for a job during forced closures and quarantines. Furloughed workers may be currently out of a job but won’t search for work because they anticipate getting re-hired, others expecting the same thing may consider themselves simply “temporarily laid off.”

This is why economists continue to publish a variety of statistics, to keep up and capture the millions of people uncounted by standard measures. Four of the most important are described below.

By early June the total three-month job losses had risen to roughly 46 million. While the highest rate of claims occurred in late March and early April, millions of people were continuing to file new claims every week.

As a metric, jobless claims are one of the best ways of presenting data in real time. State unemployment agencies can report their numbers every week, with very little time spent putting the data together. Yet it also suffers from the weakness of all self-reported data. The jobless claims will miss anyone who does not or cannot file a successful unemployment claim. People in states that have been overwhelmed will often be left out of this count while they wait for the system to process their applications. Many others, such as contract workers or the self-employed, may not know they are newly eligible for benefits while new graduates, who are virtually unemployable, remain ineligible.

The continued jobless claim is the rate of people who claim unemployment benefits multiple weeks in a row. For the week ending May 30, there were 9.28 million such claims. Again, this is a better metric for real time measurement, because it can be collected more quickly than the monthly unemployment statistics. However, again, it leaves out anyone who cannot or does not file for unemployment benefits.

Workers who were furloughed or temporarily laid off because of the pandemic may not consider themselves unemployed since they anticipate returning to work in the coming weeks or months. Of those workers, it is an open question how many will actually go back to work. The several million jobless claims filed since the end of April has led some economists to estimate a mid-May unemployment rate of between 25% and 28% of all U.S. workers – including those furloughed or temporarily laid off. That three-percentage point spread reflects how the coronavirus has wreaked havoc with how the BLS measures unemployment. It likely led the headline unemployment number to undercount as many as 8 million people.

When accounting for furloughed and temporarily laid off workers, some economists considered the actual April unemployment rate to have been approximately 20%.

The U-6 Rate (Discouraged and Underemployed Workers): 21.2% 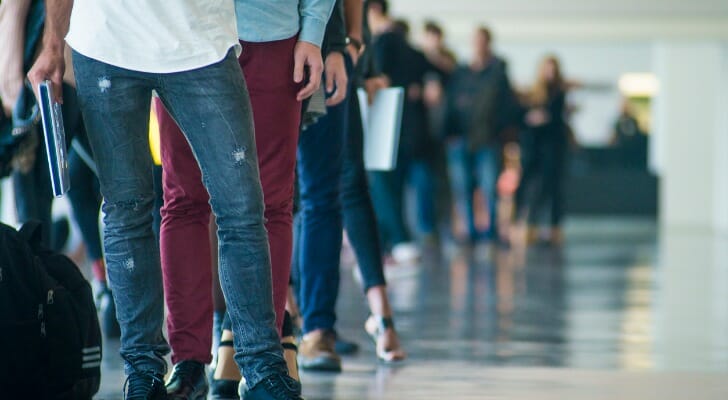 The U-6 rate is generally considered a more accurate reflection of the current labor market. This is a section of the BLS unemployment measure that includes the population of unemployed workers, but which also attempts to measure discouraged workers who have dropped out of the labor force as well as workers who hold part-time employment because they cannot find full-time jobs.

During the coronavirus this is a substantial section of the job market. Many people may be sitting out of the labor force for health concerns, unwilling to look for jobs that might expose them to the pandemic. Others will simply not believe that it’s possible to find a job at the moment, with many businesses shut down and the economy in shambles. Millions of workers have taken the current government admonitions to heart. They are not looking for work; they are looking to stay home and stay safe.

Still more workers are underemployed. These are the people who are technically still at a job, but barely keeping their hours. The bartenders who are now packing to-go orders 10 hours per week and the bus drivers who are driving half the routes they once did fall into this category. They are underemployed, working part time even though they would prefer full-time employment.

In May, when adjusting for temporary layoffs and furloughs, that pushed the U-6 unemployment rate to just shy of 21.2% from 22.8% in April.

The unemployment rate hides a lot of information even during ordinary times. During the coronavirus quarantine, it may be understating the actual employment issue by a large amount.