Understanding the USMCA, the New NAFTA 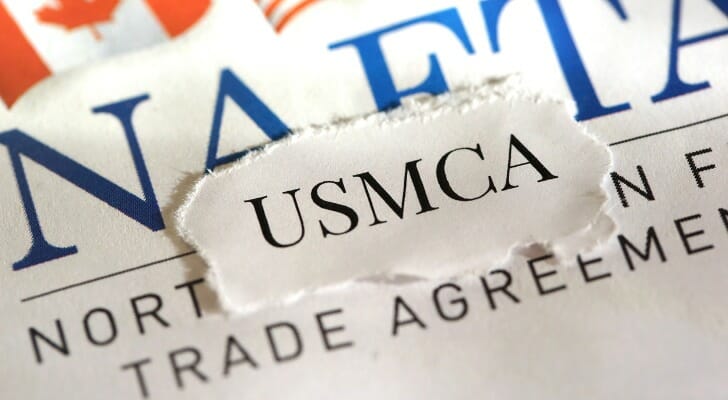 NAFTA is dead. Long live NAFTA! In 2018 and 2019, the Trump administration announced that it had signed a renegotiated version of the North American Free Trade Agreement. The administration tried to rebrand the deal, the USMCA, and claim credit. But this deal isn’t new or revolutionary.

One goal of the Trump administration was to update NAFTA. That treaty created a trade zone joining the U.S., Canadian and Mexican economies. The new agreement, the United States-Mexico-Canada Agreement (USMCA), made a few tweaks to NAFTA. However, the new updates exist to protect U.S. workers against competition. They are particularly hostile toward low-cost labor in Mexico.

When NAFTA took effect in 1994 it transformed many parts of the U.S. economy. It opened opportunities for business to seek inexpensive labor. It also reduced prices for consumers and created open access to products (particularly produce) from all three economies. The USMCA updates and modernizes NAFTA.

The new treaty includes an agreement from Mexico to increase its legal protections for unionization and collective bargaining. This will make labor comparatively cheaper in the United States. It reduces the quality of jobs available to American workers relative to Mexican workers. Current U.S. labor policy has dramatically cut the same protections for unionization and collective bargaining domestically.

In addition the new treaty requires that between 40% and 45% of all auto parts be made by workers making at least $16 per hour U.S. before a car will qualify for tariff-free import. This provision is particularly aimed at low-cost labor market in Mexico. New workers in a U.S. auto plant can expect to make between $14 and $20 per hour.

This section also updates the “country of origin rule.” That rule prevents third parties from taking advantage of the trade zone by setting a minimum percent of each car that must be made in the U.S., Mexico or Canada in order to qualify for tariff free passage across the border. Under NAFTA this was 62.5%. The USMCA raises this to 70%. 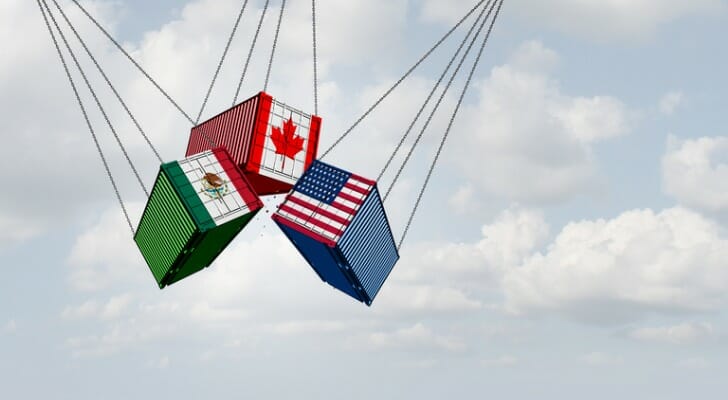 Intellectual property has been a key issue in modern trade agreements for the United States. The U.S. has shifted from a production economy to a knowledge and services economy. As a result, trade agreements seek protections for the patents, art and sciences that U.S. companies increasingly export.

The USMCA updates intellectual property sections by requiring that Mexico and Canada give U.S. companies and IP holders the same protections that they give to domestic creators. It also requires both countries to recognize U.S. copyright terms. Those rules dictate that a work retains its copyright for 70 years after the death of the author.

Copyright law may change in the near future. Historically, Congress has periodically expanded the reach of copyright law at the request of the Disney Corporation to make sure that Mickey Mouse never falls into the public domain. At time of writing, the copyright on Mickey Mouse’s first appearance in Steamboat Willie is scheduled to expire on January 1, 2024. It is likely that Congress will expand the term of copyright protection before then.

The USMCA also made a host of small changes to trade among the U.S., Canada and Mexico. These include: 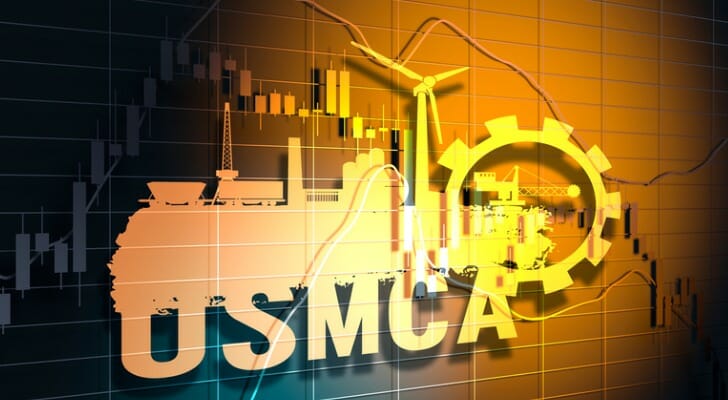 The USMCA is formally a new trade agreement. However, it is in practice nothing more than an update to the aging NAFTA. It includes provisions for new technologies, updated labor practices and significant protections for U.S. intellectual property holders. Those difference may affect your investments.