How to Retire in Canada: Healthcare, Housing & More 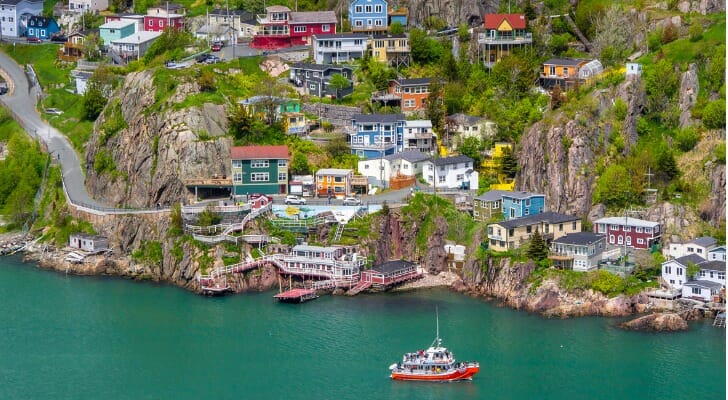 Many retirees like to head south in search of warmer climates. But what if you want to head north instead? Retiring to Canada has a range of benefits, like universal healthcare and reasonably priced housing. And if you’ve got family and friends in the U.S., retiring to Canada lets you live the expat life while staying relatively close by. If you’re thinking about retiring in Canada, you’ll want to plan ahead of time, though. A financial advisor can help you build a retirement plan for abroad.

If you’re heading to Canada part-time, you can obtain a tourist or family visa. A tourist visa lets you stay in Canada for up to six months of the year. You’ll get a few protections, like the ability to buy a vacation home and set up a bank account – meaning part of your retirement can be spent in Canada. But you’re still a U.S. resident, so you’ll still have to pay U.S. taxes.

Canadian citizens or those with permanent residency can apply for a parent or grandparent under the “super visa” program. This lets you stay in the country for up to two years, but you wouldn’t have access to Canada’s universal healthcare. Along with that, your child or grandchild needs to be a permanent resident or citizen of Canada. They’ll need to write a letter saying they’re financially responsible for you during your stay.

You can also apply for permanent residency through the Express Entry system. If accepted, you would have access to government programs and social services, like universal healthcare. It’s the first step to becoming a Canadian citizen. If you have children, university tuition and fees for permanent residents are much less compared to international students.

Estimate Your Cost of Living 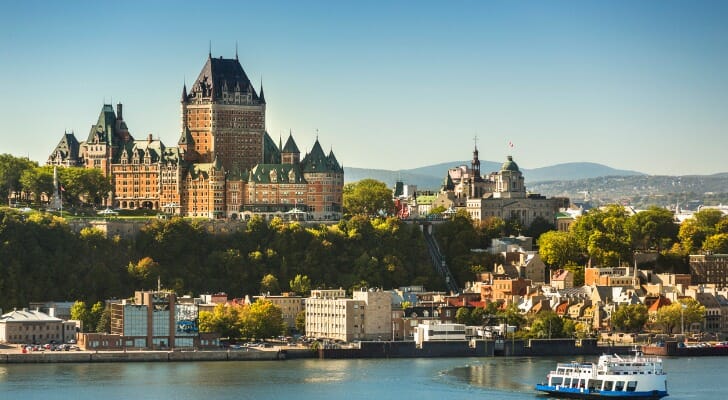 According to March 2022 data from Numbeo, Canadian rent prices average $1,114 for a one-bedroom apartment in a city center, while a three-bedroom in a similar area would run you almost $1,800. But these prices can vary significantly by the city of your choosing, with the cities of Toronto and Vancouver having particularly high costs of living. That variance extends to home prices, too.

The bottom line: Depending on where you’re moving from and to, your housing costs may be lower or higher than they are now.

Other costs, like food, gas and sales tax are all more expensive in Canada. If you don’t have a permanent residency, you’ll need to get international health insurance, too. So while the favorable exchange rate helps some, you still might be in for an increase in costs if you’re moving from the U.S. to Canada.

Canada offers universal healthcare, which is available to all citizens and permanent residents. While emergency services are available to anyone in the country — even without a government-issued health card — walk-in clinics also exist but may cost a fee.

It may be helpful to compare these figures to the U.S. tax brackets, though be sure to use a tax calculator to see how state taxes factor in.

Beyond the federal level, taxes in Canada also vary by province. All provinces have some level of local tax and are based on a percentage of the federal tax system. For 2022, Canadians also will pay an Employment Insurance tax of 1.58% of their gross employment income.

Weigh the Pros and Cons

Before you head over the border, review not only your financial situation but your emotional one as well. There might be other reasons to stick around (or ones that encourage you to leave). Ask yourself a few questions, like: 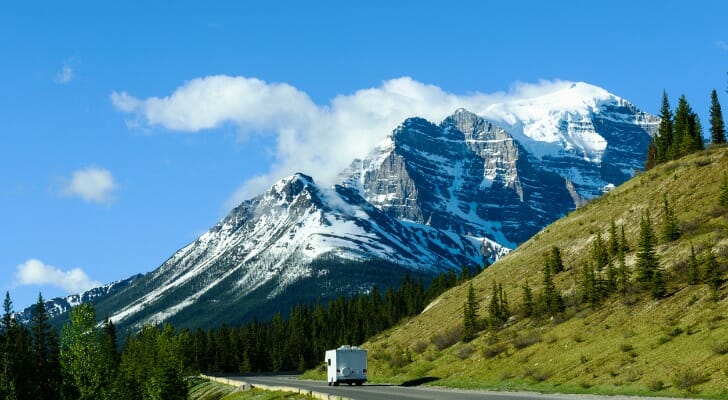 Retiring in Canada might sound appealing. But relocating to another country might turn out to be more work than you’re willing to put in. Review your finances, your long-term care and how the move can impact your loved ones before you decide. Weighing all your options can help you make a better decision than if you were to act without much consideration.