The Top 10 Cities for Career Opportunities in 2018 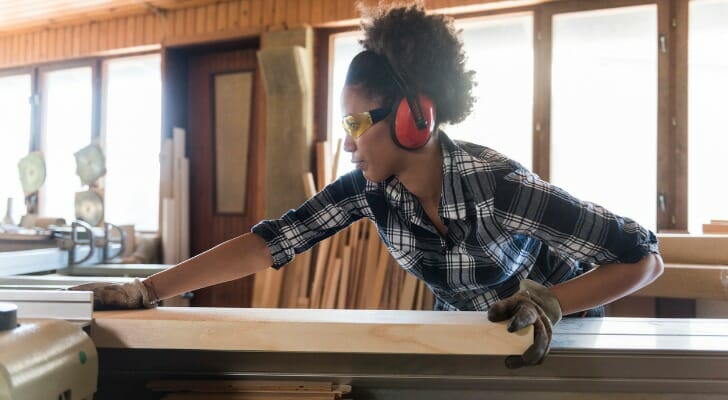 It’s a pretty good time to be a worker in America. For the most part, jobs are available and unemployment is on the decline. But availability of jobs alone does not mean a city is a good place to start a career. The cities with the best career opportunities combine high pay, strong support networks and affordable homes. This leaves workers with the opportunity to not only have a fulfilling career but also a chance to hit financial milestones like owning a home or investing with a financial advisor.

Below we look at these and other factors to find the best cities for career opportunities. In order to come up with our final rankings, we looked at metrics like unemployment rates, change in total employment, median income, income growth over time, annual housing costs and the number of career counselors and higher education teachers. Check our data and methodology below to see where we got our data and how we put it together.

This is SmartAsset’s fourth annual study on the best cities for career opportunities. Check out the 2017 version here. 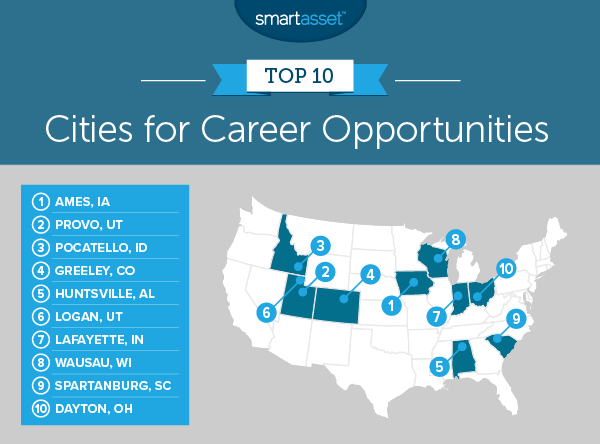 Ames took the top spot in this analysis for the second year in a row. This city has the lowest unemployment rate in our study, which makes it a great place to start a career. Only 1.5% of residents here are unemployed.

Other metrics also point to Ames as a good place to stick it out for a long career. You can expect your income to rise pretty substantially as you gain experience here. According to our data, the average Ames worker earns $38,360 per year and can expect to see their pay increase by 55.4% between the ages of 25-44 and 45-64.

Provo is a booming city with plenty of opportunity for anyone who wants to start a career. From 2017 to 2018, the total number of jobs in Provo increased by 4%, the highest mark in our top 10. Workers here can also look forward to good pay raises throughout their careers. Late-career workers earn about 43% more than early-career workers.

If you are thinking about making a career switch or need extra training, there are few better places to be than Provo. This city ranks in the top 10 for career training workers per 1,000 workers.

Pocatello, Idaho jumped the ranks from 25th last year to third this year. The biggest reason for the improved ranking is the improved economic situation in this city. According to BLS data, this city saw a 3.5% increase in employment from 2017 to 2018. The unemployment rate currently sits at 2.6%.

Greeley dropped from second place last year to fourth in this year’s study. This city has an unemployment rate of only 2.4%, a top 20 rate. That number will probably continue to fall as the Greeley economy creates more jobs. From 2017 to 2018, the total number of jobs in Greeley increased by 3.8%. For that metric, the city ranks 15th. It also ranks in the top 25% of cities for median income and income growth over time.

The one concern for anyone starting a career here is the cost of housing. Greeley has a below-average score in that metric. The average home costs $11,100 per year.

Huntsville is one of the best cities to work in tech, and it’s also a great city for any other career. This city has the third-highest average income in the top 10 at $38,100. While that is a high number, workers who have advanced through their career in Huntsville earn even more. Late-career workers earn 38% more on average than early career workers.

Logan ranks well because not only does it have a wide range of available working opportunities but housing is also affordable. The unemployment rate here is only 2.5%, and the median home costs only $8,500 per year. That means most residents here should have no trouble meeting financial goals like building up their savings account or saving for retirement.

Spartanburg, the second-largest city in the Greenville–Spartanburg–Anderson combined statistical area ranks ninth. This city has a low unemployment rate and saw a high increase in employment from 2017 to 2018. For residents who want to take the next step in their career through education, Spartanburg is a good place to be. This city 6.05 higher education teachers per 1,000 workers, which is the third-most in the top 10.

Dayton is the most affordable city in the top 10. The median home costs under $8,000 per year, a score which is beaten by only 26 cities. However people looking to move here for their career probably will want to have a job secured before they arrive. The unemployment rate in Dayton is the highest in our top 10 at 3.7%.

There are some signs of improvement on the unemployment front. From 2017 to 2018, the number of new jobs grew by 2.2%. This city is also packed with higher education teachers, a good sign for anyone looking to take their learning to the next level. 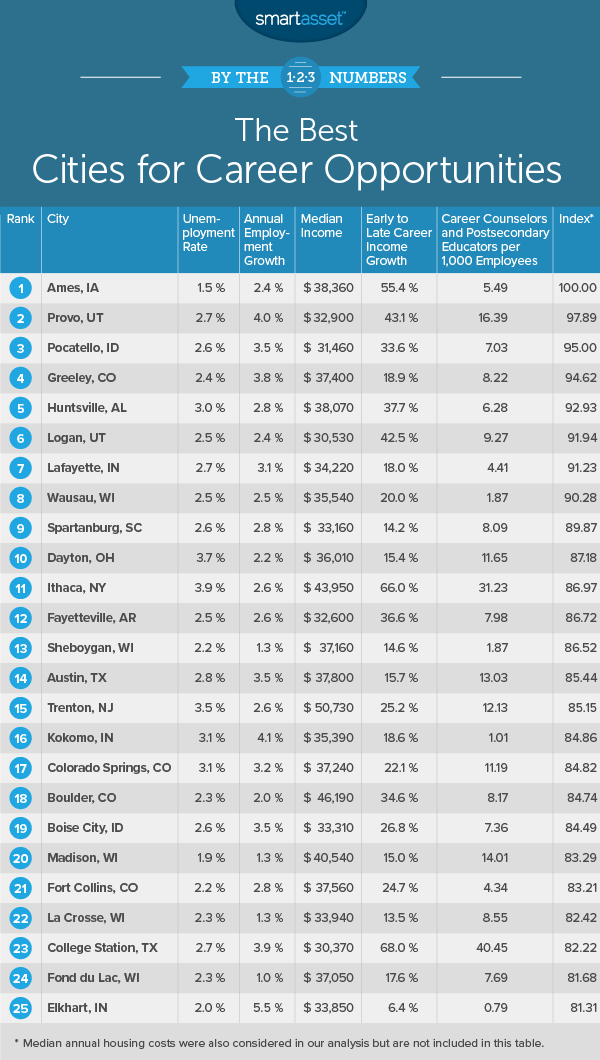 In order to find the best cities for career opportunities in 2018, we looked at data for 355 cities. We compared these cities across the following seven metrics: