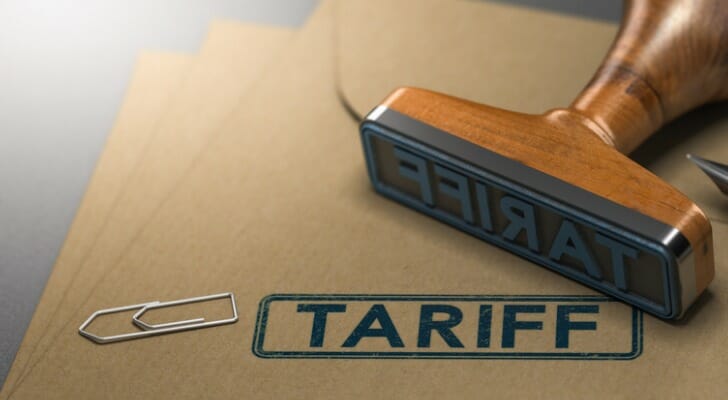 Tariffs, which are taxes placed on imports and exports between two countries, have increased in prominence during the Trump administration. We break down the basics, how they work, plus their pros and cons.

Also called custom duties or import fees, tariffs can be a way to limit trading between countries or to limit the importation of a certain good or service. There are several different types of tariffs — a specific tariff (a flat tax on a certain good or service), an ad valorem tariff (a tariff that represents a percentage of an import’s worth), a voluntary export restraint (a limit on the amount of a certain good that can be exported to a certain country) and an import license (a limit on the number of imports allowed).

Countries levy tariffs for all sorts of reasons. Tariffs can be used to raise revenue or for leverage in matters of foreign policy. They can also be used to shield domestic industries from cheaper imports. 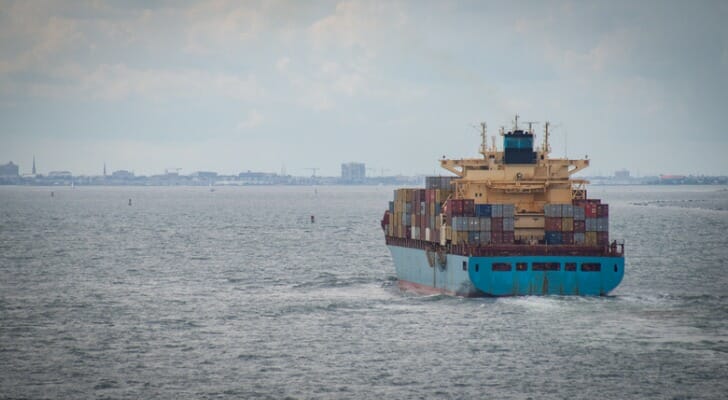 Advocates of tariffs say there are several benefits to such measures. First, since a tariff increases the cost of an imported good, it makes buying similar, domestically produced goods more attractive to consumers. This can help foster and protect domestic industries. It can also help create jobs, which can be beneficial for both workers and a country’s economy. Tariffs can also raise needed revenue for the country imparting them.

From a foreign policy standpoint, tariffs can also be used as a bargaining chip in negotiations or difficult diplomatic relations with the nation on which the tariff was applied. That has been the case as the U.S. administration has negotiated with Mexico and Canada to get more favorable trading terms than those in the North American Free Trade Agreement.

Advocates also point to the customs receipts of tariffs, which in November were approximately $7 billion.

Opponents of tariffs say there are several problems with such measures. First, tariffs increase the price of many goods, which is a definite drawback for consumers. Tariffs can also affect trade agreements between countries. For example, if one country imparts a tariff on a specific import from another country, that country could then respond with a tariff of its own on another good. This, in turn, could cost consumers.

While tariffs can protect domestic industries, they can also have a negative effect on these industries. For example, they could result in a lack of competition, resulting in higher prices, inefficiencies and a disincentive to innovation.

And while often useful in matters of foreign policy, tariffs can also spark what’s called a trade war. A trade war is when one country sets a tariff or other measures on another country, which then sparks a retaliatory tariff by that latter country, ending up in a cycle of retaliation that has negative effects on the industries on both sides. 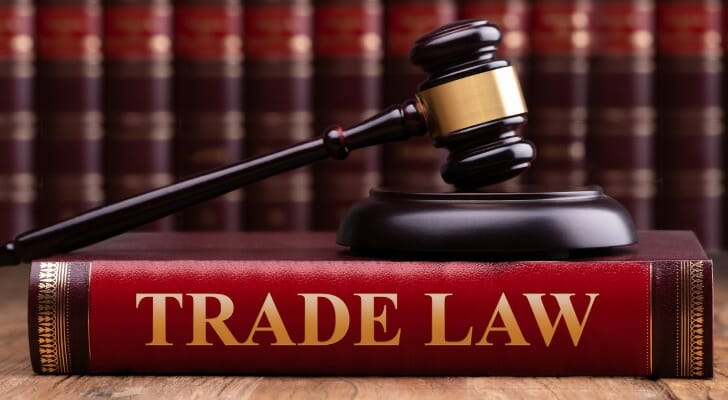 The first tariff by the United States was imparted in 1789. Historically, tariffs were a major source of income for the country until the creation of the federal income tax in 1913. Tariffs also played a key role in matters of foreign policy and negotiation throughout history. There are many examples of tariffs imparted by the United States, ranging from 1930’s Smoot-Hawley tariff, which imparted a tariff on imported agricultural products, or the Fordney-McCumber tariff, a tariff on many imported goods.

Tariffs have made a resurgence in recent years, as part of President Donald Trump’s “America First” policy. During his presidency, Trump has imparted tariffs on solar panels, washing machines and aluminum, as well as proposed new tariffs on Chinese and French products, such as iPhones, cheeses and champagne.

Trump’s tariff on solar panels and washing machines, for example, put into place a 30% tariff on solar panels in the first year, which will decrease in the following years. The tariffs on washing machines will be 20% for the first 1.2 million machines imported each year, with all additional imports paying a 50% tax. These tariffs were in part enacted to reduce foreign competition for these two items and increase domestic production and sales.

Other examples of recent tariffs include the 2002 steel tariff, which affected imported steel and was lifted in 2003; the Chinese tire tariffs, which imparted tariffs on $200 billion in goods imported from China, including a 25% tariff on tires and related materials.