What Is an Exchange Rate? 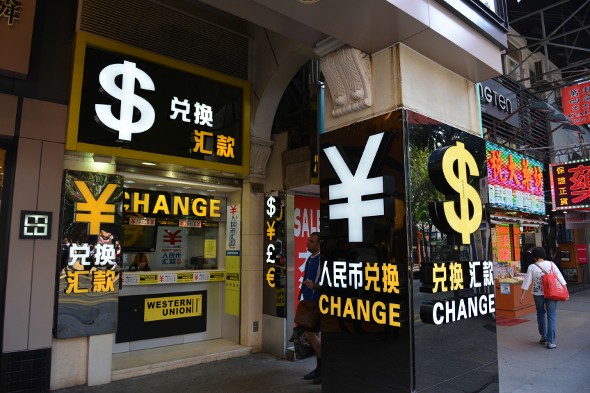 Whether you’re planning to leave the U.S. for a wedding in Italy or you want to try your luck at investing in a foreign market, you’ll need to have a basic understanding of exchange rates. They reveal the value of one country’s form of currency compared to another. If you’re still a bit confused about how exchange rates work, here’s a crash course on the subject.

Exchange rates tell us what our money is worth in terms of a foreign country’s currency. In our globalized economy, these rates are important and reflect how each country is doing financially relative to its peers.

There are different types of exchange rates. Fixed rates are set by the central government as the country’s standard rate in comparison to the currency values of other world powers. These rates can be pushed up or down, but to keep them from changing (and to keep the money supply at the right level), a country’s central financial institution can buy and sell its currency whenever it needs to.

Floating rates, in contrast, fluctuate frequently and take supply and demand into account. If there’s a high demand for a particular currency, it will be worth more in the foreign exchange market. A country with a fixed exchange rate might occasionally allow it to float and a nation with a floating rate might keep it fixed at times to get the economy back on track.

Some countries use a pegged rate that’s tied to another currency or standard temporarily. This strategy involves using a fixed exchange rate that can protect a currency and an economy from inflation and dramatic market shifts. For instance, places like the Bahamas, Saudi Arabia and Panama peg their currencies to the US dollar because of its strength.

It’s also worth noting that the exchange rate at the bank may be higher than the market rate so that the bank can make money. That’s something to keep in mind when you’re preparing to travel abroad. 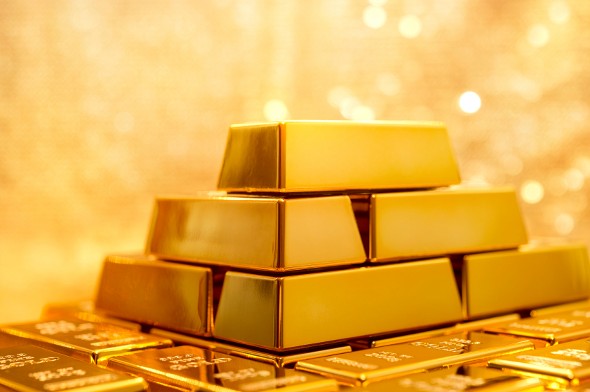 Countries around the world have adjusted their exchange rates throughout history. Foreign traders used the gold standard primarily from the 1870s until 1914. Rates were connected to the cost of ounces of gold. The gold standard was replaced by the Bretton Woods system in 1944.

This monetary system made the US dollar the standard currency in international trade. The dollar was still tied to gold and when this system eventually failed, some countries decided to adopt floating exchange rates while others either kept their own currency linked to the US dollar or completely replaced their own currency with someone else’s. Even countries with floating rates tend to do some management to ensure currency stability.

How to Read and Calculate Exchange Rates

If you want to trade in a foreign market, you’ll have to look at currency quotations to find the exchange rate. These quotes are expressed in pairs of currencies. Each quote has a counter currency and a base currency.

Let’s take a look at this quote: USD/CNY 6.4063. It’s referring to an exchange rate between the US dollar (the base currency) and the Chinese yuan (the counter currency). The base currency – the one you want to buy or sell – is always equal to one and appears before the slash.

The counter currency (or quote currency) is the one you’re using to purchase a single unit of the base currency. It comes after the slash in a FOREX quote. Our quote tells us that one US dollar is equal to 6.4063 Chinese yuan. In other words, if you’re a Chinese resident planning to exchange your yuan for US dollars, you would pay 6.4063 yuan for each dollar you want or 640.63 yuan for $100 (100 x 6.4063).

Our USD/CNY quote is an example of a direct quote since it’s showing how much money a person living in China would need to buy another country’s currency, which is the US dollar in this scenario. But say you’re ready to exit the market and trade your US dollars for yuan. How much is your currency worth?

To find out, you could visit a website with live exchange rates and look for the CNY/USD pair – the indirect quote – because you’re now trying to use US dollars to buy yuan. If you don’t have Internet access, you could use the following formula: 1/exchange rate. One divided by the USD/CNY exchange rate of 6.4047 will give you 0.1561. 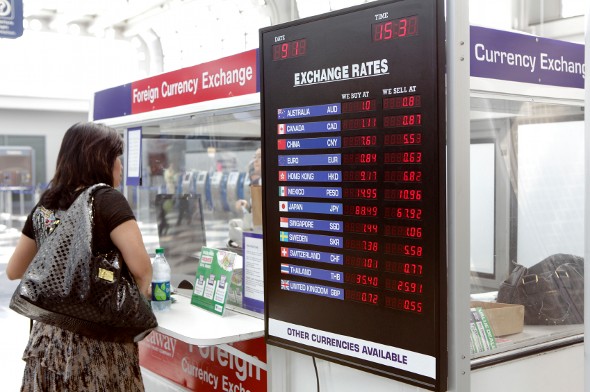 Exchange rates change constantly in response to what’s happening in the world. A variety of factors play a role in how they’re determined, including account deficits, inflation, national debt and how the cost of importing relates to the cost of exporting. Political events and interest rates are other components that influence exchange rates.

A country can profit more if its interest rates are high compared to those in other countries. And its currency can have a greater value if it has a low rate of inflation, less debt, political stability and exports that are priced higher than imports.

The value of a nation’s currency can fall when a country is buying more goods and services than it’s selling or its import prices are higher than its export prices. Economic hardships and political strife can reduce the value of a currency because foreigners are less likely to want to trade with a nation that’s struggling.

Exchange rates show how countries’ prices and currencies stack up against each other. They make it possible to compare the value of foreign products and serve as a barometer for how different economies are performing across the globe.