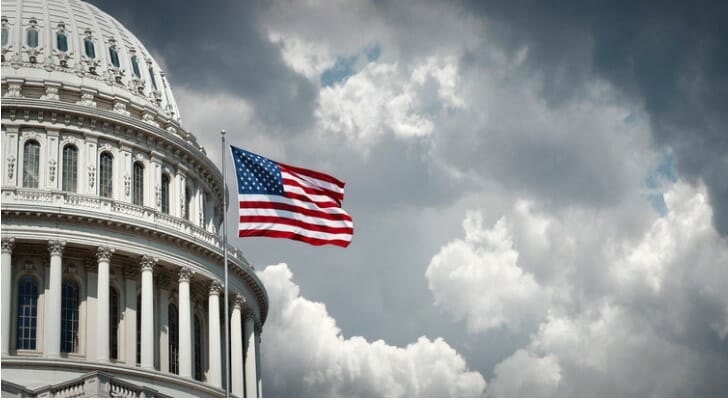 The $2.1 trillion CARES Act, which Congress passed in response to the coronavirus pandemic, includes a ban on corporate stock buybacks. Specifically, the law prohibits large corporations that receive loans or loan guarantees authorized under the legislation from buying their own or their parent company’s stock. This ban continues until 12 months after such a loan is no longer outstanding. Here is an overview of the share buyback ban in the CARES Act, and why it was included.

How Does the CARES Act Ban Buybacks?

The CARES Act addresses the economic crisis brought on by the coronavirus. This law has two main provisions offering aid to businesses. One section is structured to help small businesses (defined as having fewer than 500 employees), as well as individual locations of chains involved in the service and hospitality industries. This section mainly distributes its money through the Paycheck Protection Program and the Economic Injury Disaster Loans.

The second business-oriented section of the CARES Act targets companies with more than 500 employees. This section does not provide direct relief spending. Instead it offers subsidized and guaranteed loans to help companies borrow the money they need at low interest rates.

Some CARES Act loans are offered directly through the government, although most are made by private lenders with the government backing them up. The money comes with some conditions, including bans on:

This prohibition will remain in place until the company has paid back the entire loan, and for 12 months afterward as well.

A handful of businesses, mostly the airlines and certain companies deemed essential to the military, will receive other forms of direct lending and grant money through the CARES Act. Those firms will also have to abide by the same restrictions on buybacks, dividends and executive compensation.

These restrictions are not absolute. The CARES Act gives the Federal Reserve and the Treasury significant leeway to structure individual loans to businesses as they see fit. This includes waiving the prohibitions on buybacks and dividends. The Federal Reserve has already approved several loans to publicly traded companies without these restrictions.

Why Does the CARES Act Ban Buybacks? 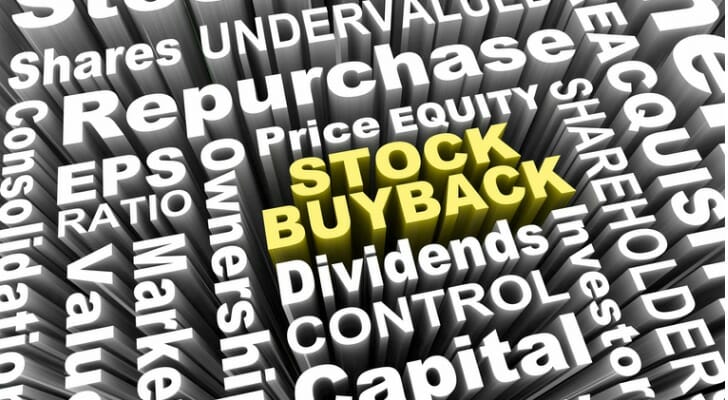 In crafting the CARES Act, Washington wanted to avoid a problem that arose the last time it came to corporate America’s aid. In the Great Recession of 2008-2009 much of the considerable federal support for struggling corporations went to shareholders in the form of stock buybacks – not to stabilizing the labor market by keeping workers on payrolls.

For example, not long after the Great Recession ended, General Motors, which had received more than $9 billion from the government, began a $5 billion stock buyback program. Financial firms did the same thing, not only passing on dividends to shareholders but also using bailout money to boost executive pay. By some measures approximately $1.6 billion of the bank bailout money was spent on executive compensation.

As the 2020 pandemic’s economic consequences unfolded, with the worst unemployment since the Great Depression, the government was concerned to keep working Americans getting paychecks and staying off unemployment – not to keep stockholders happy. Congress wanted to ensure that, as much as possible, CARES Act money got spent on preventing layoffs.

There was a related concern. The 2010s were a decade of unprecedented profits for the airline industry, which was brought to the edge of bankruptcy by the Great Recession. Yet these companies kept so little cash on hand that within weeks of the coronavirus quarantines they began seeking government aid. Airlines spent their money as fast as it came in the door, by some estimates using an average 96 percent of their cash flow on stock buybacks and dividends. For example, from 2010 to 2020 Southwest Airlines made approximately $15 billion. In that same time the company spent approximately $10.6 billion buying back its own stock. United Airlines made roughly $11.5 billion in that 10 year period, and spent $8.8 billion on stock buybacks. For Delta Airlines the numbers were $23 billion and $11.4 billion.

It wasn’t just airlines. Companies in the food space and hospitality sectors, which have been particularly hard hit by the pandemic, posted record profits over the past 10 years. Yet many of them lacked the resources to weather even a one-month downturn. Many of America’s largest companies have poured their money into stock buybacks and shareholder dividends, even sometimes taking on additional debt to do so.

Congress did not want to become, again, an accessory to what it perceived as corporate America’s inordinate appetite for stock buybacks and big dividends. As a result, it prohibited CARES Act money from being used on those. 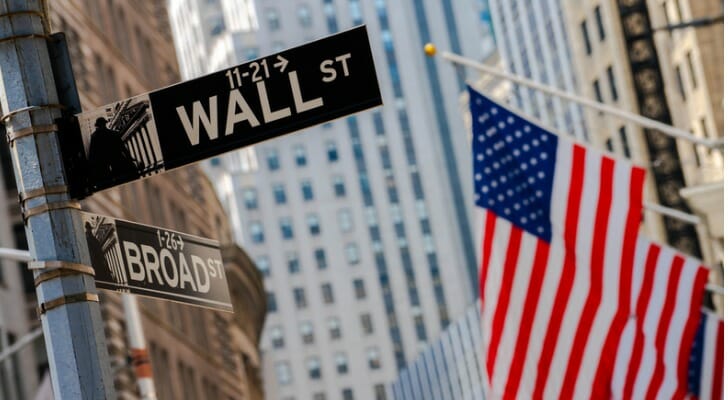 The CARES Act aims to help large companies get loans to keep employees on the payroll. While there is nothing intrinsically scandalous about stock buybacks, dividends or high executive compensation, companies that take the money can’t use it to buy back their shares, issue dividends or give executives a raise. In so doing, congress hoped to ensure that the main beneficiaries would be American workers – not company owners and investors.