All About the Stepped-Up Basis Loophole 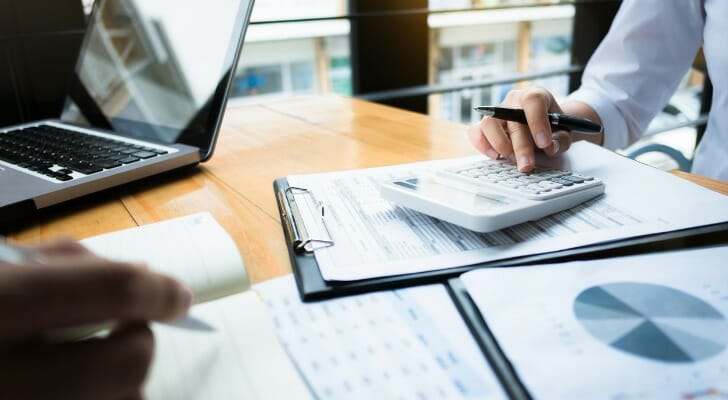 Stepped-up basis is a tax provision that allows heirs to reduce their capital gains taxes. When someone inherits property and investments, the IRS resets the market value of these assets to their value on the date of the original owner’s death. Then, when the heir sells these assets, capital gains taxes are applied based on this reset value. The result is a situation – often considered a tax loophole – that allows investors to pass assets to their heirs virtually tax-free. If you need help reducing your investment taxes, consider working with a financial advisor.

What Is the Stepped-Up Basis?

The stepped-up basis (sometimes known as the step up cost basis) is a way of adjusting the capital gains tax. It applies to investment assets passed on in death.

When someone inherits capital assets such as stocks, mutual funds, bonds, real estate and other investment property, the IRS “steps up” the cost basis of those properties. This means that for the purpose of capital gains tax, the IRS sets the original cost basis of any given investment asset to its value when the asset is inherited. When the heir sells this asset, they only pay money on profits calculated from the day they inherited it.

The result of the stepped-up basis loophole is that heirs save significant money on investment assets that they inherit. Moreover, this loophole is crucial for estate planning. When individuals prepare their wills and trusts, they can minimize how much the IRS takes by handing down securities rather than cash.

Example of the Stepped-Up Basis Loophole 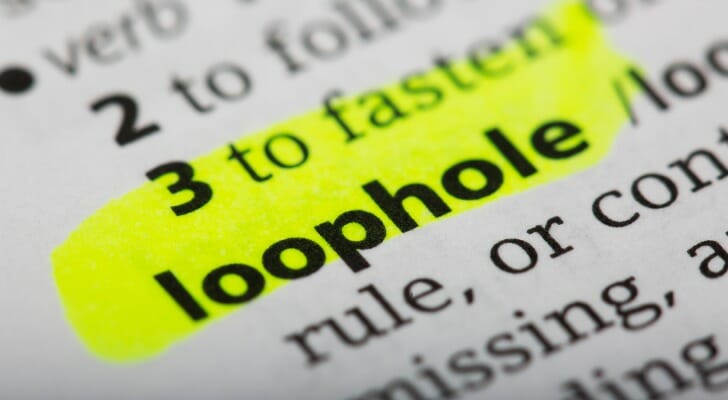 Once again, Robert owns 10,000 shares of ABC Co. stock. He bought those shares at $20, leading to an original cost basis of $200,000. Robert is planning his will and he wants to hand this stock down to his son. At this time, ABC Co. is valued at $30 per share. Robert has two options.

For simplicity’s sake, let’s ignore any other tax issues.

Instead of selling his stock, Robert hands his shares of ABC Co. down to his son entirely. When Robert dies, ABC Co. is still worth $30 per share. His son inherits all 10,000 shares and sells them immediately upon receipt.

At the moment Robert’s son inherits these shares, the IRS resets their original cost basis to $30. Robert’s son sells these shares for $300,000. He owes no taxes on this sale because, as far as the IRS is concerned, he didn’t make a profit off this sale.

The stepped-up basis loophole allows someone to pass down assets without triggering a tax event, which can save estates considerable money. It does, however, come with an element of risk. If the value of this asset declines, the estate might lose more money to the market than the IRS would take.

However, keeping that in mind, the stepped-up basis is still an important part of estate tax planning.

How Do Capital Gains Taxes Work?

Note that President Joe Biden has proposed raising taxes for long-term gains over $1 million. This means that high-income investors over that amount would be taxed as ordinary income and pay a top rate of 39.6%. 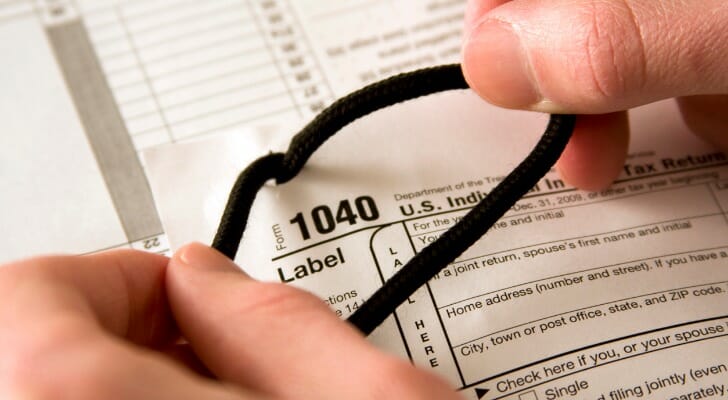 Robert owns 1,000 shares of stock in ABC Inc. When he bought the shares, they were valued at $20 per share, leading to a purchase price, or original cost basis, of $20,000. A few years later, Robert sells his investment in ABC Co. When he sells the shares, they are worth $35 each. As a result, Robert gets $35,000 from his sale, which are the proceeds.

Robert pays capital gains taxes on his profits from the sale, and his income bracket makes his tax rate 15%. As a result he pays the following in taxes:

Based on the above, Robert owes $2,250 in federal taxes on his sale. This is significantly more preferable than if his capital gains were short-term in nature.

Stepped-up basis is a tax law that applies to estate transfers. When someone inherits investment assets, the IRS resets the asset’s original cost basis to its value at the date of the inheritance. The heir then pays capital gains taxes on that basis. The result is a loophole in tax law that reduces or even eliminates capital gains tax on the sale of these inherited assets.