Pros and Cons of a Mixed Economy 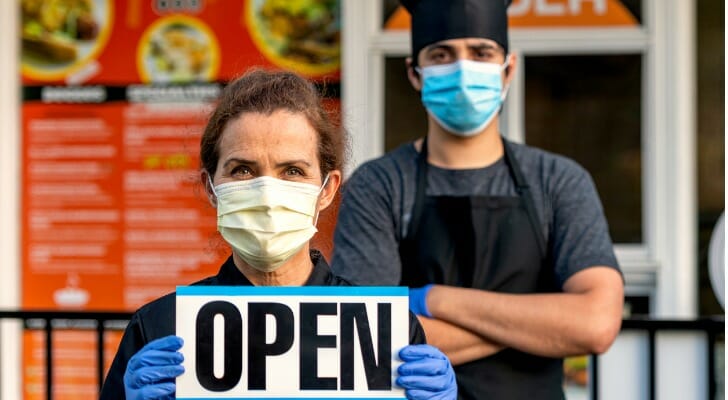 A mixed economy is an economy that incorporates elements of both free market transactions and government control. While a mixed economy generally allows private property and prices, it also will typically have sectors or industries controlled or subsidized to a greater or lesser degree by a central authority. Most, if not all, modern economies are some form of a mixed economy.

What Is a Mixed Economy?

A mixed economy is not a formally defined economic system. Rather, it refers to either a free market or capitalistic economy, on the one hand, or a command economy, on the other hand, that also incorporates elements of the alternative system.

In a typical mixed economy most transactions and economic decisions that comprise a nation’s gross domestic economy are made on a free market basis. The government protects private property and enforces private contracts. Prices are determined by individual decisions between buyers and sellers, generally on the basis of supply and demand. And most goods and services are produced privately.

At the same time, under a mixed economy the government, or some other central authority, also exerts significant control over sections of the economy. This will involve the government taking control of certain industries, establishing quotas and other direct-authority mandates, or directly intervening in the markets to set the prices of businesses or certain goods and services.

The British economy is a good example of a mixed economy. While largely built around the model of a free market, the government owns and controls most of the nation’s health care industry. Not only does it provide coverage, but it also employs most doctors and hospitals, determines how to provide services, and sets the rates for treatment. This is a centralized model applied in an otherwise free market system in an effort to ensure access to healthcare.

China’s economy, sometimes thought of as a socialist economy, has evolved into another case study in mixed economics. China has a highly centralized government and maintains control of many state-owned companies, to the point where the government all but controls many industries wholesale. Yet these industries operate in the context of a free market that otherwise protects private ownership and enterprise. 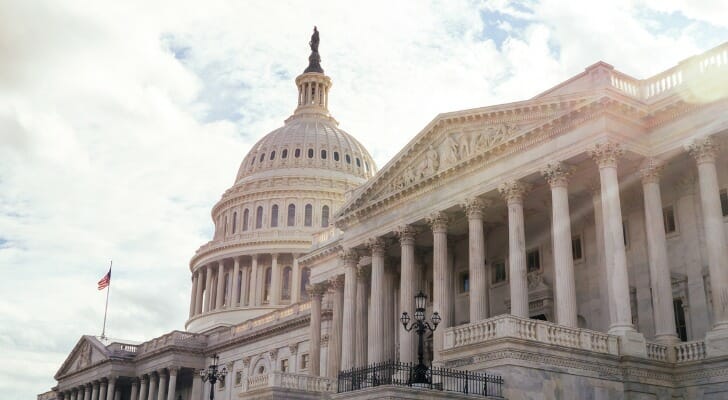 Defining a mixed economy is difficult as it exists on a spectrum. There is no clear point at which a free market system ends and a command economy begins, nor is there any clear middle point between those two systems. Perhaps more importantly, observers tend to disagree on exactly how to define different economic systems. For example, while most economists agree that a regulated free market economy should be considered a form of free market, others argue that any degree of government intervention creates a mixed economy.

Further confusing this definition is the question of which aspects of a society constitute economic activity. Again, this is a subject of some debate. At the most extreme end, some economists argue that virtually all activity with any value, from manufacturing an iPhone to giving a sermon in church, constitutes the economy. Others argue, on the other hand, that social goods and related services are not properly thought of as “economic activity.”

How you choose to define the scope of economic activity vs. government activity is critical to defining a mixed economy. For example, does it create a mixed economy when the government runs schools? Education is something individuals could pay for, but it is also generally regarded as a public good. Does the government create a mixed economy by paving roads or operating fire houses? Does it do so by maintaining a standing army? All of these services have value and could be sold on the open market, but also might not be considered a properly tradable asset. As above, where you choose to draw the line goes a long way to defining whether an economy should be considered “mixed.”

In practice, under the broadest definition, virtually all functioning economies are a form of mixed economy. Neither pure free markets nor command or socialistic economies have historically proven successful models for distributing resources in a society. Free markets depend on the government to create markets and define the conditions under which trade takes place. Despite their theoretical efficiency, without third-party intervention information asymmetry and market capture quickly disrupt wealth transfer or wealth generation.

At the same time, command economies have historically proven unable to assess the needs of their own societies. Without the information generated by free market pricing, a command economy tends to poorly distribute resources. This not only leads to lost wealth and efficiency, but often causes basic material needs of the population to go unmet.

As a result, historically any successful economy will incorporate elements of both free markets and government intervention. The degree of freedom allowed in the marketplace depends on the priorities of that particular society, as does the degree of control the government chooses to exert.

Pros and Cons of a Mixed Economy

The arguments against a mixed economy are entirely theoretical; no practical alternatives have yet been demonstrated. Pure free market advocates argue that a mixed economy is less efficient than a free market. They argue that without government intervention, supply and demand will cause people to make the most efficient decisions about how to distribute resources across the economy on an individual basis. Any government intervention only distorts the pricing signals generated by the market and ultimately leads to people making poorer (or “less efficient”) decisions.

However, as noted above, this model depends on everyone in the market bargaining from the same position. In real life people don’t all have access to the same information, have bargaining power unrelated to the value of market goods and services or don’t necessarily share the same goals on what outcomes the economy should produce.

In addition, when left to their own devices, free markets don’t tend to generate benefits that many communities consider essential, such as widely shared clean water or sanitation, education or even public safety. Indeed, into the 19th century even firefighting was considered a service for people to purchase rather than an inherent social good. Eventually, tired of watching their city burn down, the people of Cincinnati established the first fully funded, professional fire department in the United States.

Some economists would consider this an act of socialism, a government takeover of this segment of the marketplace. Others would argue that Cincinnati had simply shifted the scope of economic activity and chosen to redefine the market.

The pros of a mixed economy, then, are more simple than they appear. A mixed economy is necessary for a society to thrive. Historically speaking, there are no cases of a significant or successful economy without one. The cons of a mixed economy are that it can never live up to the theoretical perfection that either pure free market advocates or pure socialistic activists claim their own economic systems would certainly produce.

A mixed economy is one that incorporates elements of both a free market, or capitalistic, economy and a command, or socialistic, economy. It is the dominant economic model for all sophisticated, successful economies.